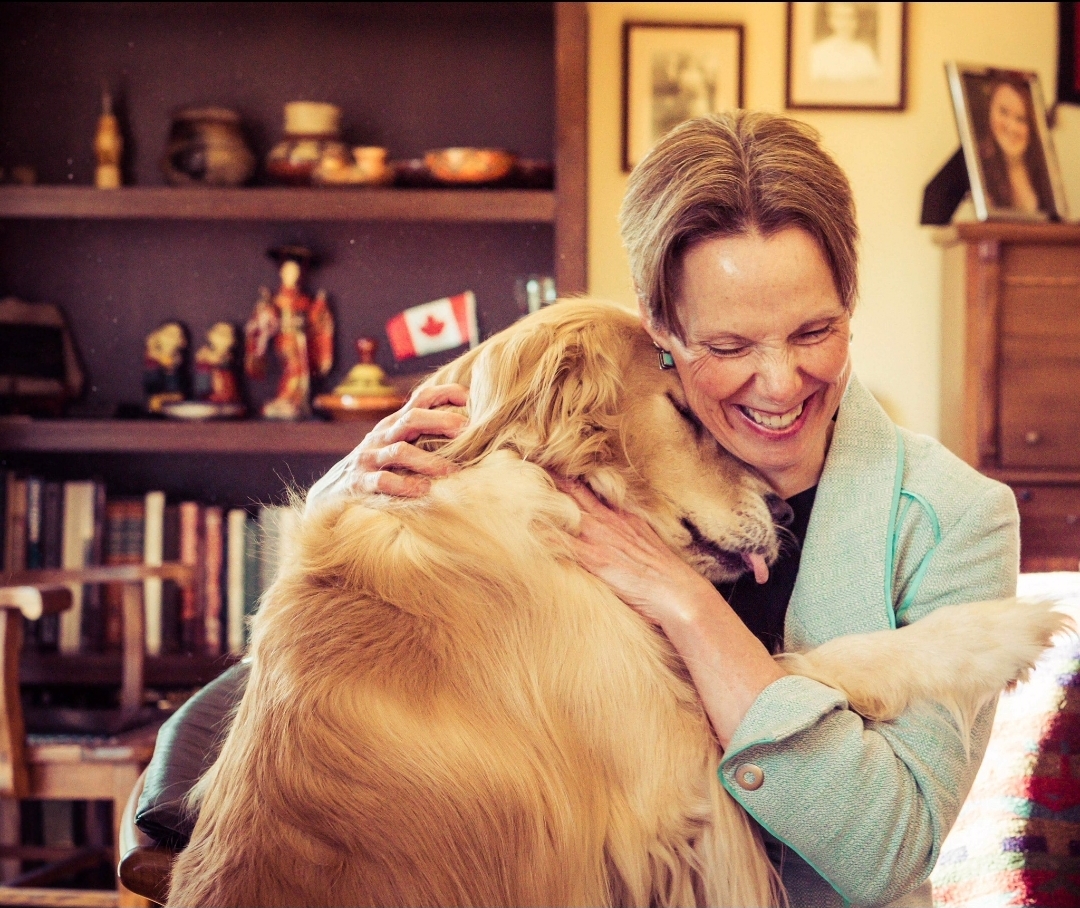 With her tenure beginning on July 1, upcoming New College president Dr. Patricia Okker told herself that she wasn’t going to buy any more books in the next few months. Okker is still at her current position at the University of Missouri—“Mizzou”—but her move to Sarasota will be the first time she has lived anywhere else in 30 years, and there is much to prepare for: “packing up, cleaning out my garage, these exciting things in the life of a president,” Okker said. More books means more to pack, but even so, Okker has just bought The Art of Impossible by Steven Kotler.

“It’s about how people take on big, ambitious goals and how you can learn how to accomplish things that seem impossible,” Okker said. “I did not start that book thinking at all about New College, but on every page I’ve been thinking about New College and the mission of preparing intellectually curious students for great achievements.”

Okker will be moving to Sarasota with her husband, mother and golden retriever, Blu. While she’s excited to receive more book recommendations once she’s on campus, Okker also looks forward to finding lifting and running communities at New College and in Sarasota, and anticipates training for a fall marathon.

“I have every intention of trying New Crew,” Okker said. “They have already reached out to me and I am totally taking them up on that invitation.”

Okker expressed interest in connecting with students in these specific ways, but she is still in the process of meeting community members as best as she can virtually while she prepares to finish the spring semester at Mizzou.

“It seems like there’s a lot to do,” Okker said about the transition process between the two institutions. “I think what I’m most excited about is getting to know people beyond email.”

Okker was able to interact with students, faculty and staff to some extent during her on-campus interview and cited the class she sat in on as a particularly memorable moment, but something that also stuck with her was what she had heard about student social engagement on campus.

“A number of people when I was visiting campus [showed] overwhelming love and appreciation for the academic part of New College, but I did hear repeated concerns about improving the social part of campus life,” Okker said. “Then, what are the ways that we can, as a college, bolster that social experience? I have no idea what that is. I suspect students might have some ideas. Is it different kinds of structures for clubs, is it if we have appropriate informal meeting spaces for students?”

Okker admits that there’s still much she needs to learn once she’s at New College to experience it for herself, and the same can be said for tackling New College’s steadily declining enrollment. Even so, Okker said that she feels the primary job of the president in this regard is to “do the very best job possible getting the story out about New College.”

“[New College] is a hidden gem, but it can be a gem without being hidden,” Okker said.

Something Okker is looking forward to carrying over to New College from her current position, however, are fundraising duties and opportunities. Okker said that she sees fundraising as an opportunity to explore the passions of alumni and community members, and that while some may view fundraising as a sales pitch, Okker instead views it as a question: “what legacy do we want to leave?”

“The people who donate to colleges are such an optimistic group, I think, because they are investing in people that they will not meet,” Okker explained. “That is such an act of faith and hope and it’s so full of optimism. I think it’s a special breed of someone, who would say, ‘I want to invest in someone I don’t even know, but who I believe will do great things.’ To me, the most optimistic and exciting part about [fundraising and donating] is thinking long term, long after you’re gone, you’ll still have that impact.”

The 2020-2021 academic year has been a time of great transition for New College, between adapting to living and learning in the midst of a pandemic, modified or postponed student events and traditions and various new student and administrative leaders. 2021-2022 will only continue this trend as the community progresses through the “return to normal” and welcomes a new president. New College waits with bated breath to see what new changes the upcoming year will bring, but in the meantime, Okker invites students to reach out to her at her New College email, patokker@ncf.edu, to introduce themselves or share what they want to see accomplished in the next year.

“It’s not so much about what I’m going to accomplish, it will always be what we’ll accomplish,” Okker said. “If a president wants to accomplish something, I will no doubt need help from students, faculty, staff and alumni. It’s always a collaborative effort.”