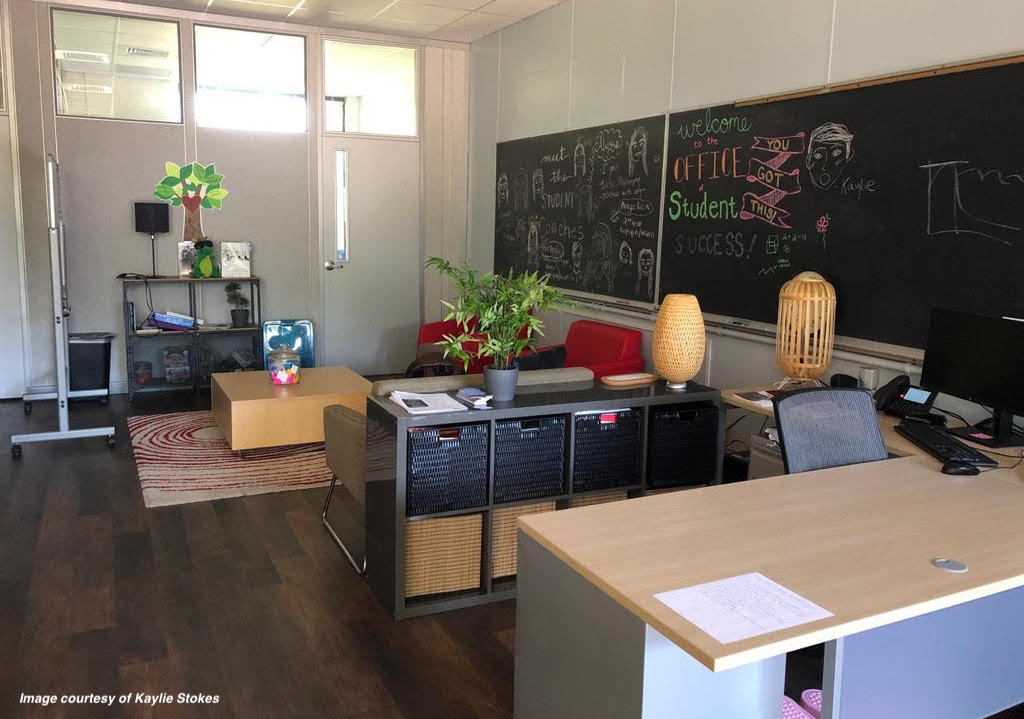 Second-year Luis Chavez-Sanchez was struggling to stay motivated this semester, so he did not feel surprised when he received an email from a Student Success Coach about some concerns that his professors raised on his mid-semester progress reports.

“I feel like I knew that I wasn’t doing the best in classes, but it just felt nice to just receive an email saying, like, ‘Hey, we’ve gotten reports that like you’re not doing [well] and here’s a resource to help you,’” Chavez-Sanchez said.

Chavez-Sanchez was one of 270 students whom professors indicated had at least one area of concern on a mid-semester progress report, just over half of the 508 students assessed. Concerns range from low participation to danger of receiving an unsatisfactory evaluation. 92 students were in danger of failing at least one class and 50 students were in danger of failing their contracts. Professors filled out reports for all first, second and third years, as well as students on probation.

“It is a high percentage. It’s a higher percentage than usual,” Provost Suzanne Sherman said. “But it means that 53 percent of the students who were assessed, and that does not include fourth year students, or fifth- and sixth-year students.”

The reports started in Fall 2018 for incoming first years as well as students on probation as part of the college’s broader strategy to increase the retention rate and grow enrollment. The higher proportion of concerns raised on the mid-semester reports show that students are struggling to cope with the collective trauma of a global pandemic, adapting to mostly-online learning and social isolation.

“It really comes down to people struggling with time management because there’s such a lack of structure and everything is online and done, to some extent, on their own time,” Kaylie Stokes, the assistant director of student success, explained. “Their days are sort of blurring together. I know mine are. And then, also, motivation: when you’re in the midst of this national global exhaustion, it can be tough to find motivation for the present, and these really important things that we were all really excited about can start to feel mundane in the greater context.”

The Student Success Center (SSC) first opened in fall 2019. Along with the mid-semester progress reports, first year seminars and changes to the formatting of incoming students’ email addresses, the SSC is part of the college’s ongoing multi-pronged campaign to boost retention.

After faculty submitted mid-semester progress reports at the end of September, Student Success Coaches were assigned to reach out to 140 students with pressing concerns. However, Stokes or Sherman directly reached out to the 50 students in danger of failing their contracts.

“That first email, it’s really them trying to be like, ‘Hey, you know, if you need us, we’re here,’” Chavez-Sanchez regaled. “It’s nice to have that help. You know, it’s kind of nice in a way to not ask for it. I feel like sometimes it can be weird to ask for help specifically when it comes to failing or being bad in classes because you don’t want your professors to think, like, ‘Oh, you’ve been slacking all semester and now you want to actually do something about it.’”

Stokes said that when reaching out to students, the student success coaches do not know which concerns were raised in the reports, just that the student they have been assigned to contact had an issue raised on their mid-semester progress report.

“Our coaches don’t know any details because they’re students too, so we don’t want to be sharing student information with other students,” Stokes explained.

The reported students are also unaware of the full reports. Chavez-Sanchez said that two of his professors emailed him the results, but his Student Success Coach had to contact Stokes to send him the full report.

“I think it’s dumb, I feel like we should be able to see them,” Chavez-Sanchez expressed. “I mean, like, we see the end-of-semester evaluations. Like, why not midway?”

Provost Suzanne Sherman said that it is not intended to obscure the process itself but to avoid alarming students without context.

“The reason why we did that was not to try and hide the fact that we’re doing it. We were concerned that without context that it would freak students out,” Sherman said.

Stokes elaborated that the reports are not legitimate evaluations but “serve as an early alert system for coordinating outreach from faculty and staff to connect with students, check-in, and provide options for support and next steps.” Stokes encouraged students who want more information about their reports to reach out to her, Provost Sherman or their professors to have a contextualized discussion.

“This context and conversation piece would be missing otherwise, and that connection to support is really the goal of the mid-semester progress report,” Stokes said.

In appointments with Student Success Coaches, students can work on study skills such as breaking down large assignments into smaller tasks or configuring study spaces. Chavez-Sanchez said that his coach has helped him compose emails to professors.

“I’ve only recently started going to the Student Success Center, but I can definitely tell, even with just doing simple things like scheduling the assignments that I need to do and also breaking up my assignments into smaller chunks, it has really benefited me,” Chavez-Sanchez said.

As students form bonds with their coaches through recurring appointments, they can connect with other students at a time when social interactions are minimal.

“I had never really known them before this, but now I feel like I know them [even though] the relationship we have may just be through the Student Success Center,” Chavez-Sanchez remarked about his coach.

However, the SSC is not just for students who are struggling academically. Third-year Maya Wernstrom considers herself a “pretty good student” but recognized that “there’s always room to improve.”

“I feel like a lot of people probably have the impression that it’s for if you’re doing really badly, or if you feel like you need a lot of help,” Wernstrom said. “I didn’t necessarily feel like I needed a lot of help, but it still helped me a lot. I got a lot out of it.”

Stokes hopes that within a few years, every student will book an appointment with the Student Success Center before they graduate.

“I see the Student Success Center not as this resource to help struggling students, but I see it as a commitment of the institution, towards that ideal that we strive for of being a collective of lifelong learners, because there is always room for improvement.” Stokes said. “That’s why we have narrative evaluations and not letter grades. We’re looking to make minor improvements daily to these topics that help us lead a much better and less stressful life. If we can get one percent better in time management each day, that’s huge. We’re going to not be perfect every day. It’s part of the process. But doing that in a community is so much easier than trying to do that alone.”