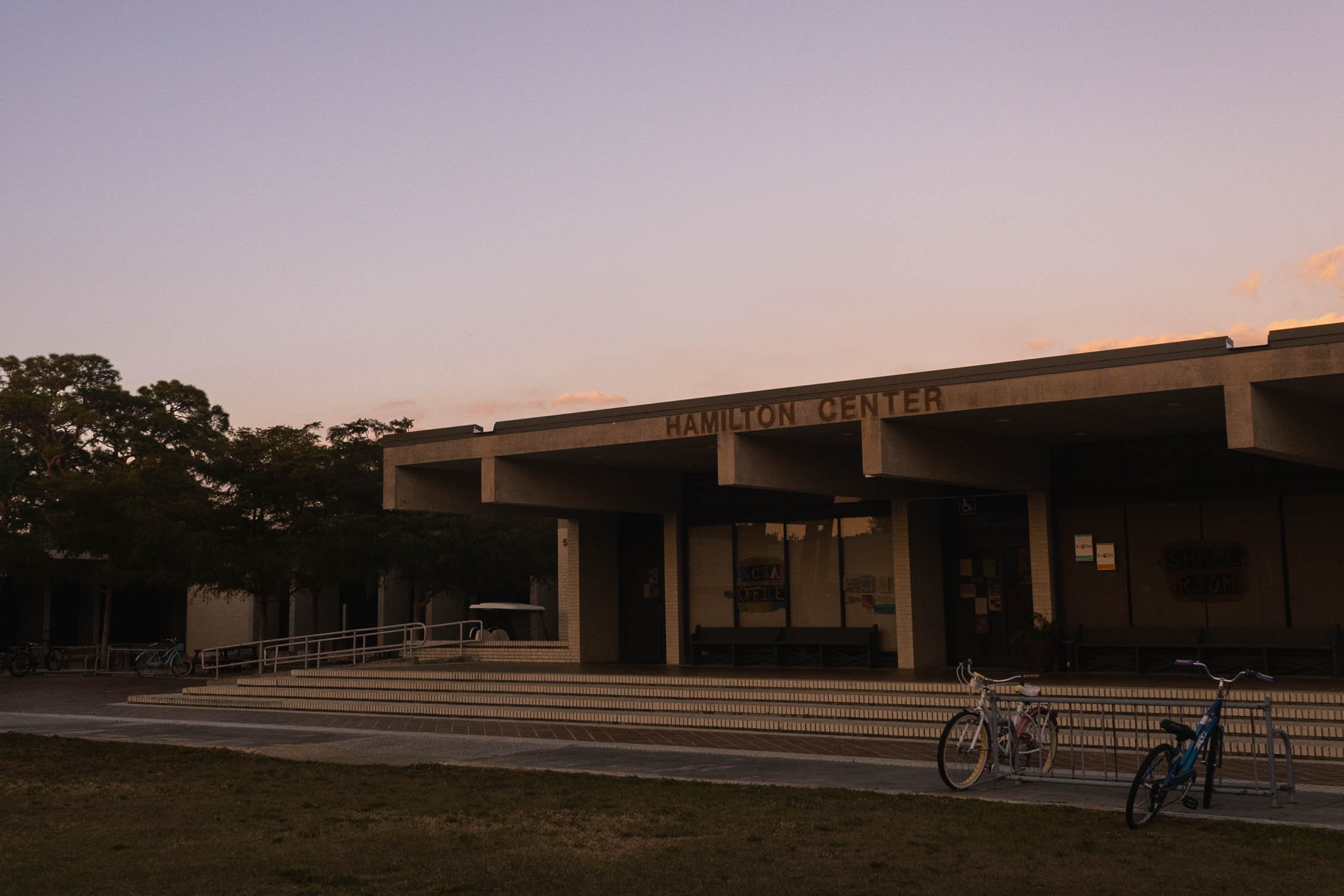 The quality of food in the Hamilton "Ham" Center is a common complaint among students dating back years and years. But for many, it can be literally, physically and medically impossible to digest.

Putting yourself in the shoes of someone with a disability can be challenging for an able-bodied person. However, ensuring normality and comfortable conditions for individuals with disabilities is crucial to creating a safe learning environment on campus. For every one that frequents the Hamilton Center (Ham), there is an ongoing issue regarding disability access. As some students have noted, people with specific dietary restrictions cannot dine in Ham, and for individuals with mobility aids, the very act of getting lunch can be stressful. Upon discussing these matters with affected students, faculty and members of the Disability Advocacy Club, it is evident that these concerns should be prioritized.

Accessibility on campus ensures that people of all physical abilities can maintain a healthy lifestyle while residing in dorms. Unfortunately, for those with dietary restrictions such as celiac disorder, the option of a dining hall is unavailable. When students have a medical exemption from the meal plan, they are unable to enter the dining hall for any purpose. Whether for social reasons or to bring personal food items, they are denied access due to their lack of a meal plan.

“I can expect to spend a hundred dollars plus on groceries,” they said.

Wehner then went into detail discussing how Ham’s inability to accommodate left them with financial and social damage.

“I find myself eating less because of how much it financially costs to be able to go to the stores I need to go [to]” Wehner continued, emphasizing the financial and health determinants.

To put it in perspective, the average New College student walks about five minutes from their residential hall to Ham to get a meal. Meanwhile, students like Wehner must drive to the nearest Whole Foods grocery store to get uncontaminated foods, which is approximately a 12-minute drive and an hour and 22-minute walk.

A discussion opens when these issues arise. What is the solution? Four Winds Café has been brought up frequently after several semesters of its grand reopening being promised to students in search of a way to solve these problems. The Four Winds Café relaunch has been postponed many times over the course of two years. Although the café is fully cleaned and furnished from the view through the front-facing window, it is still not yet open to students. However, these fresh, vegan and most importantly accommodating food options would better students’ lives such as Wehner’s. Despite pressure from students, the stagnant state of Four Winds Café is still a mystery. It has been previously announced that the café will be opened this semester, however, onlookers question whether this is reality.

Third-year Kacie Bates also struggles with the inability to dine at the Ham due to celiac disorder. Bates claimed that they were told outright that dining services would not be able to accommodate their medical needs when transferring to New College, and that their previous college had a better grasp on celiac-friendly options.

“Having another place to socialize with others that are not restricted by a meal plan would be nice,” Bates said. “Food is such an important thing for many cultures, and not being able to experience it with other people is truly an isolating experience.”

New College prides itself on a “just, diverse, equitable and inclusive community” according to the mission statement on the college website. However, it is evident through student complaints that this is not being achieved.

Catering on campus is currently run by the company Metz, and Manager Bill Moore is responsible for mediating concerns with the dining services. When asked by the Catalyst if he would like to comment on the dietary inaccessibility, Moore responded via email, “It would be best to talk to the school about this. The disabilities office dictates these meal plans.”

Director for the Advocacy and Accessible Learning Center (AALC) and new hire Jennifer Meier was also contacted by the Catalyst with a series of questions regarding the state of the Ham. Meier could not be reached for comment.

There is, however, a student-run club on campus focused on bringing attention to these sorts of issues: the Disability Advocacy Club. Another club member, first-year Westy Westphalen, recounted their inability to get their mobility aid past the weathered outdoor tiles in front of Ham. Wehner, who is also the club’s president, recalled falling on these same tiles while using a mobility aid. These problems are echoed by individuals such as first-year Kamren Start who use a service animal.

“Both Lucky [Start’s service animal] and I have had issues in Ham with both inside and outside tiles,” Start said.”If Lucky was to get hurt and have to be out of work for a long period of time because of these tiles, that would put me in danger.”

This is a large issue for people with disabilities as well as able-bodied people who have experienced wipeouts in front of HAM. Wehner and third-year Ariella Russin, the primary organizers for the Disability Advocacy Club, are currently in the process of bringing awareness to these evident problems. Their goal is to fight against injustices in the community and on campus. Those interested in adding contributions to the discussion can meet with the Disability Advocacy club every Wednesday at 5 p.m. in the Gender and Diversity Center (GDC).