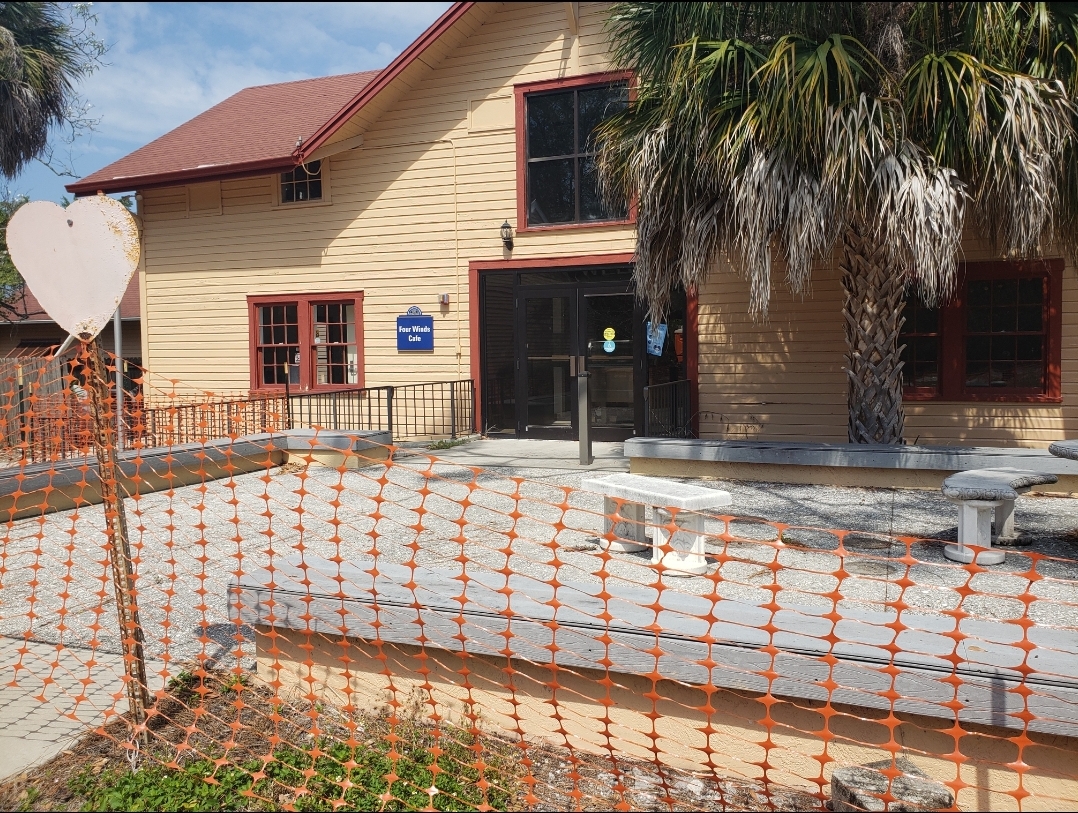 The empty shell of Four Winds has recently been bordered with an orange construction fence, perhaps signalling that changes are underway.

After the initial outbreak of COVID-19 in the U.S., which shut down campus in Mar. 2020, the Four Winds Cafe, a major selling point for any prospective New College student, shut down along with it. While the school has been indicating that it might open back up eventually since mid-2020, it seems like there might actually be a more distinct timetable.

With the grounds of the cafe cordoned off, Assistant Director of Facilities, Planning and Construction Itza Frisco has started giving a tentative date for reopening—the start of this upcoming 2022 fall semester. For any first or second-years who remember how enticing the Four Winds was on their first tour and have been waiting for a chance to try it themselves, the wait might not be that long after all.

What was unclear, though, is whether or not Four Winds will open up in the same capacity as an alternative to the Hamilton “Ham” Center and Boars Head, or if it will just be opened up as a student space on the College Hall side of campus. Frequent changes at the mid-level bureaucracy of the school seems to have helped thwart the process of getting it off the ground, and it’s becoming increasingly vague if the newly reopened Four Winds will once again provide an alternative for food or just an open air building.

There’s also confusion over how students might pay for goods Four Winds considering the recent change in the on-campus meal plans (although this is purely speculative). Overall, the Four Winds seems to be reopening at the start of the fall semester—although what it will be when it does remains to be seen.