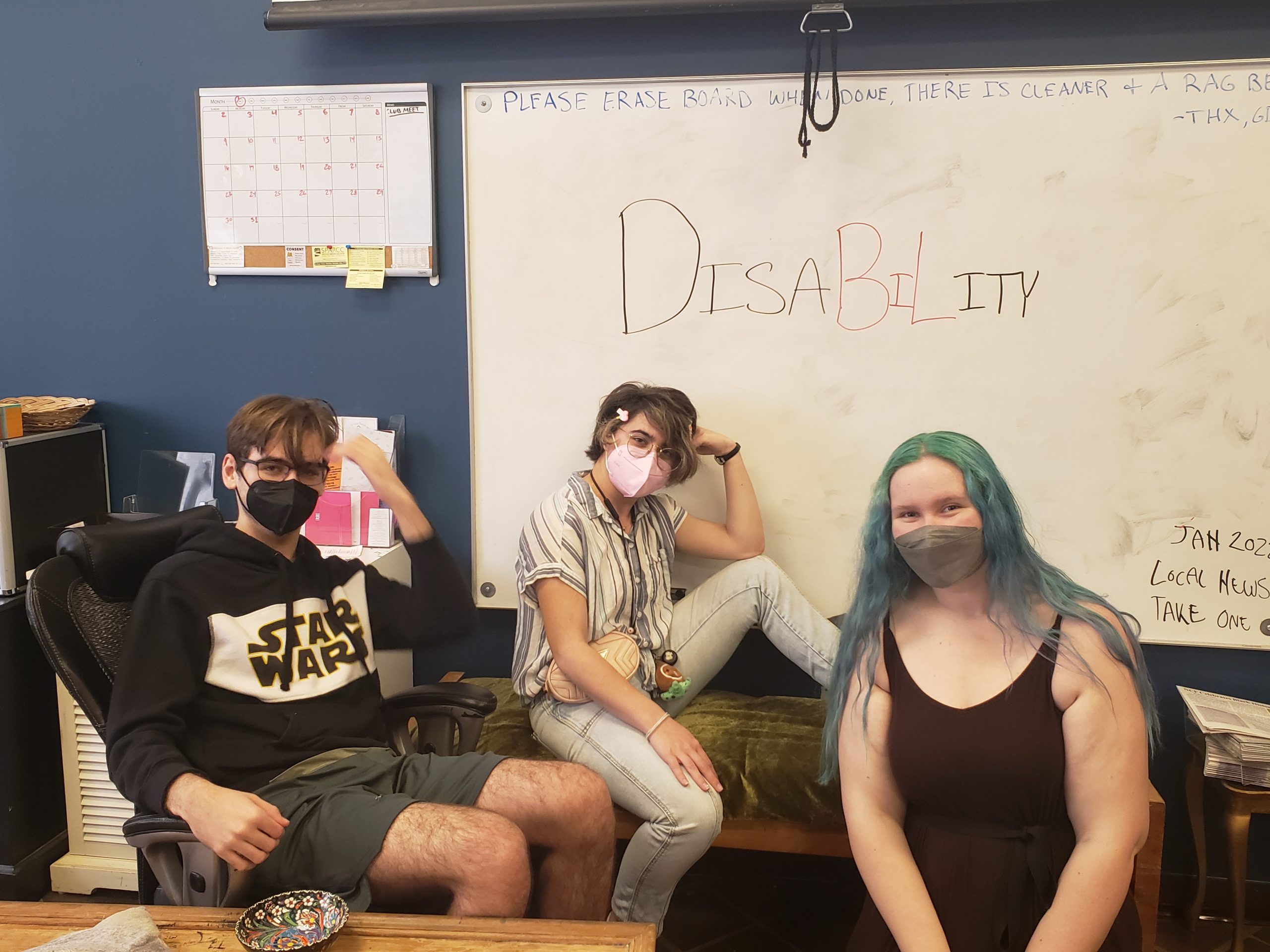 New College is host to several student-run clubs meant to bolster marginalized identities, some popular examples being the recently-formed People of Color Union (POCU) in the Fall 2021 semester and the Latinx Club, first established in Fall 2017. The Disability Advocacy Club (DAC) also recently joined their ranks this past semester with the goals of destigmatizing disability, fostering conversation among students and advocating for lasting change on campus.

The DAC was established in Fall 2021 and is managed by President, Catalyst staff writer and second-year Christine “Red” Wehner, alongside Vice President third-year Gaz Miller and Student Mentor Advocate second-year Ariella Russin. Both Miller and Russin were offered leadership positions after joining the recently-formed club.

As Vice President, Miller runs DAC meetings when Wehner is unavailable. Miller and Russin also both create presentations and facilitate discussions for club meetings, which revolve around various disabilities both physical and mental, visible and non-visible.

“I gave a presentation on Obsessive Compulsive Disorder (OCD) three times in a row,” Russin said with a laugh.

“There was also one where we were trying to figure out if we had done one about Attention Deficit Hyperactivity Disorder (ADHD) already,” first-year and DAC member Matthew Cseh said, chuckling.

“For example, the first floor of Z Dorm does not have handicap doors but the second floor does,” Russin explained. “Why? And some of them just don’t work in some buildings. Why is that an issue? That shouldn’t be an issue.”

“We have an itinerary where we’re going to try to present on different disorders on a semi-regular basis,” Miller continued. “People have signed up for different presentations on different disabilities. If we manage to do an event that would be pretty cool, but right now we’re still gaining the traction we need.”

The DAC meets every Thursday at 7 p.m. in the Gender Diversity Center (GDC), and Miller emphasized that anyone—whether they identify as disabled or not—is welcome to attend.