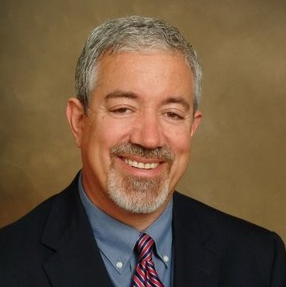 Headshot of Interim General Counsel David Smolker, taken from his page on Linkedin.

New College President Patricia Okker announced on Sept. 14 that the college’s General Counsel and Pre-Law Advisor David Fugett would be resigning his position of four years after accepting an offer to become the General Counsel at Florida Polytechnic University. The General Counsel serves an essential role—it’s a kind of swiss army knife for the college, pursuing litigation, creating legal defense and overseeing contractual obligations and regulations. It’s the glue that holds the wagon together. While the college searches for a permanent replacement for this vital function, Okker announced on Oct. 10 that David Smolker would be serving as the Interim General Counsel. Dawning his position amid several ongoing controversies, the Catalyst interviewed Smolker to get his feel for the lay of the land.

Yet, this isn’t the first time Smolker has been brought in to serve as Interim General Counsel at New College. He was also Interim General Counsel from 2001 to 2004 and again filled the role from 2009 to 2013. An alum who himself received a bachelor’s degree in Environmental Studies in 1977, he’s the college’s go-to for filling the gap in the time between hires for the position. When asked why General Counsels tend not to stay with the institution for longer periods of time, Smolker responded.

“In the case of David Fugett, he just got a really good offer,” Smolker shared. “You know the challenges are, I would say, there’s such a wide array of different things that you have to handle, and that can probably be a little taxing over a period of years. The General Counsel has not had their own support staff, and so they’re kind of chief, cook and bottle washer—the only person in the kitchen, so to speak.“

“The other thing too, is that the reality is New College is a small college,” Smolker continued. “It’s a good place for people to start and get some experience. But as they gather experience, in some ways, they end up being more valuable to other people than they are to the college. In this day and age, professionals don’t tend to stay in one place for very long. So I don’t think it’s unusual that you would have this kind of turnover—I’m guessing the average tenure is probably four to five years.”

“And, you know, I’m always happy to step in when they need me,” Smolker concluded. “But I don’t think I’d want to do it full time. Let’s put it that way. You know, it’s a lot of fun. But it’s a taxing job for a lawyer because of the diversity issues that you have to contend with.”

While this is the third time Smolker is coming in and he likely has a keen sense of how the institution operates, there are specific issues that have developed over the past academic year. When asked for his impression of the recent controversy, investigation and resignation of former VP of Student Affairs Marjorie Thomas, Smolker shared his perspective from the outside.

“I looked at that, kind of from 50,000 feet, and it really looked like a space issue,” Smolker said. “I know that Pei campus spaces are at a premium. And so there’s this—I would characterize it as almost like institutional competition for space. And who controls it? I think the students have a legitimate role in determining the space that they concentrate their living in.”

“Ultimately, better communication is probably a good idea,” Smolker continued. “In the whole Marjorie Thomas situation, [it] seems like it was a sort of unfortunate convergence of a lot of different things that were not being addressed in the most smooth fashion. So, I think it’s kind of emblematic of the challenge that New College has with space, especially over on that side of campus.”

Beyond the Thomas controversy, there was also the notable scandal involving the discovery of high levels of lead detected in the sinks of the Palmer B Dormitory. Considering that the Fall 2021 investigation was the first independent testing performed on Palmer B, how long the issue stretches back is completely unknown. It’s possible an entire generation of students have been exposed to lead contamination. When asked where responsibility lies in a situation like this, Smolker refrained from commenting, having just been informed of the controversy.

“Well, you have caught me off guard,” Smolker admitted. “I mean, in the final analysis, I would need to look into that. I hesitated to start allocating liability on something like this without having investigated a little bit more. But I can tell you that it’s definitely something that I want to look into.”

The existence of the college itself often leans on the currying favor from legislators in Tallahassee and managing the college’s reputation, so as to prevent its total dissolution or a merge into other surrounding state colleges. When asked if maintaining the reputation of the college is on the mind of the General Counsel, Smolker affirmed its importance.

“ I think in Tallahassee, [New College] shares a great reputation amongst the legislature and the folks who have the ability to control the fate of New College,” Smolker explained. “It’s always important for us to be able to one try to behave properly and be able to know our priorities and articulate them to Tallahassee. And if they have concerns that are legitimate, that we address them in a meaningful fashion.”

Smolker went on to recount the time when he served as Interim General Counsel as it was being absorbed by the University of South Florida (USF). Advocacy from the New College President, Board of Trustees (BOT) and students at the time managed to reverse the decision and reinstate New College’s independence, an example of the college’s persistence and the importance of its representatives.

“Most people were saying, ‘Oh, no, New College is not going to make it,’” Smolker recalled. “We probably surprise some people. There’s been a couple of rocky moments over the last few years. But the bottom line is that I think the state recognizes the value of New College to the system. We are kind of a little gem.”

Smolker said that he looks forward to serving as the Interim General Counsel once again for the foreseeable future, saying “It’s something new everyday.” You can contact the office of the General Counsel here for inquiries about legal counsel.