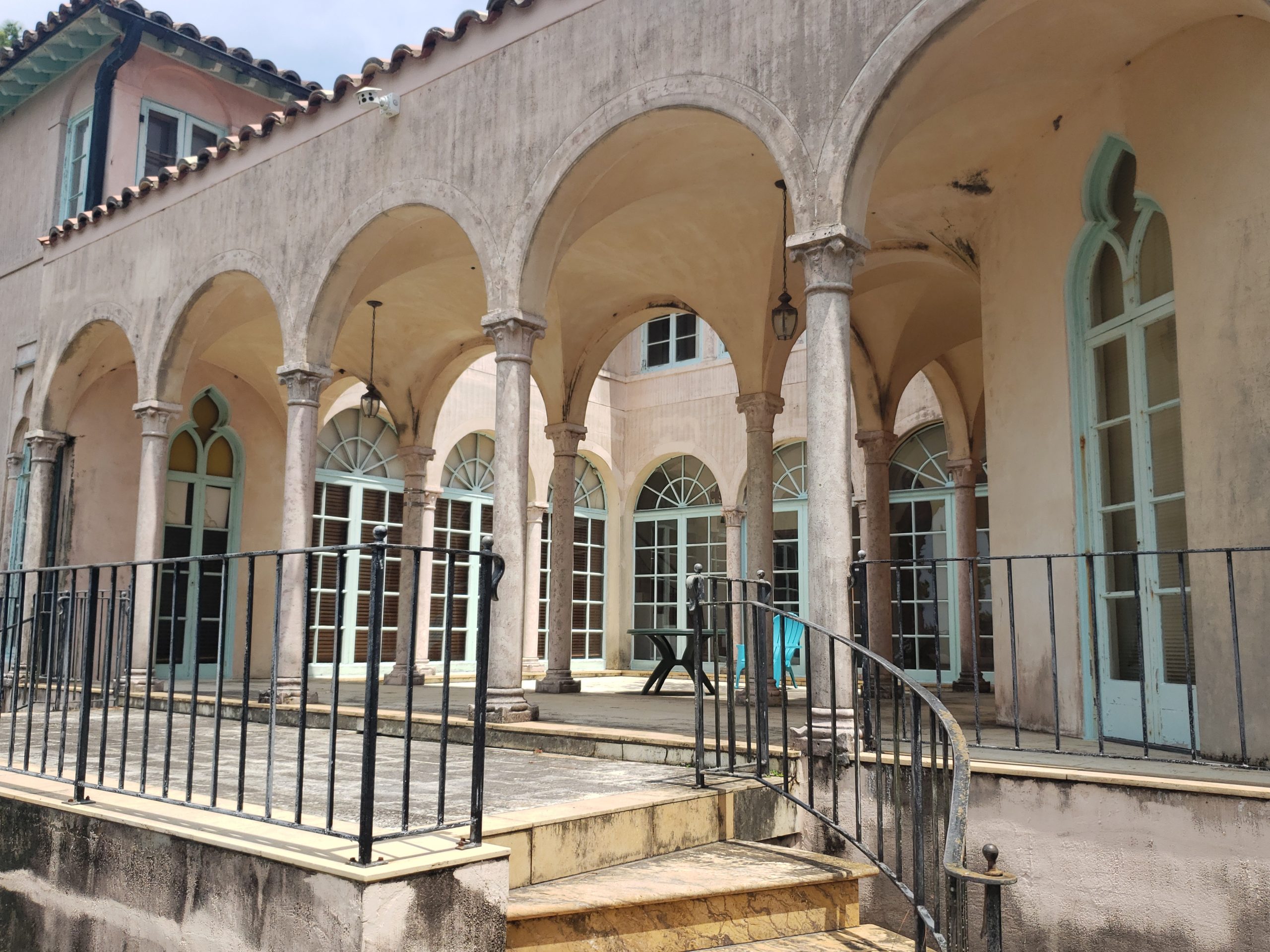 The deck of the Caples Mansion faces towards the West, making it a perfect spot to watch the sun's descent.

Caples Mansion—located on Caples Campus south of the Ringling Museum—has been best defined for the past few years not through its own use, but by what surrounds it. More recent NCF students are usually familiar with the Caples Boathouse or the New College Food Forest or native, medicinal and butterfly-attracting garden. But the mansion itself has also not been occupied for over two years. However, starting in early May, Facilities will be kickstarting a two-phase project to renovate the space so that it can be safely used again as faculty offices and potentially classrooms.

“What we’re trying to do is improve the indoor air quality of Caples Mansion, because it doesn’t at this moment have a very good air conditioning system in there,” Construction Projects Coordinator Itza Frisco said. “We have to go ahead and connect it to our chill water system.”

Phase 1 of the Caples Mansion renovations involves the site work needed to install chilled water pipes down Caples Drive in order to revamp the air conditioning unit. This chilled water piping system also powers the air conditioning at the Caples Fine Arts complex, so the driveway leading to Caples Mansion will be trenched in order to extend the pipeline.

Additionally, a new fire hydrant will be installed on the bayfront side of the mansion through the same piping system and the Caples driveway will be repaved.

Phase 1 was originally set to begin with installing a silt fence and tree protection during the week of April 12, but was instead delayed to the first week of May due to the availability of materials. Phase 1 is projected to be complete before the start of the next academic year in mid-August.

Phase 2 consists of replacing the interior heating, ventilation and air conditioning (HVAC) system along with several miscellaneous structural repairs: repairing the interior walls, ceiling and floor, select windows and doors, the exterior balcony over the entrance to the mansion and repainting the interior. This phase is projected to begin sometime in the fall.

Frisco said that the contractor being used for these renovations is Tandem Construction, a local and continuing services contractor that has already done several projects on campus, including the recent renovations to the Jane Bancroft Library bathrooms. The design work was done by Hall Darling Design Studios, another continuing contractor.

Alan Burr, Director of Facilities and Construction, said that the total cost of the project is around $600,000. The funding comes from the carry-forward budget, which is money that was not spent last year.

While the Caples Boathouse and student food forest and gardening areas should all still be accessible during these renovations, half of Caples Drive will be sectioned off—temporarily turning it into a one-way road—and parking in front of Caples Mansion will not be available.

Temporary parking will be created instead at a yet-to-be-determined location and the area will still be accessible to pedestrians. Select areas of the Caples Bayfront will also be unavailable from approximately late May to mid-August as the fire lane and fire hydrant are constructed.

It is not currently clear what Caples Mansion will be used for once these renovations are complete, or when the project will be completed by. Prior to the air quality problems, Caples Mansion served mostly as an office space for faculty, but the possibility exists for it to be used as a classroom space sometime again soon.

“It’s an unusual space,” Burr said. “It’s not like it’s going to be completely brand new or completely renovated, it’s just going to be safe to work in again.”

Editor’s note: An earlier version of this article mentioned a completion date by the start of the fall 2021 academic year in the headline and the text, but the completion date was unclear at the time of this revision.