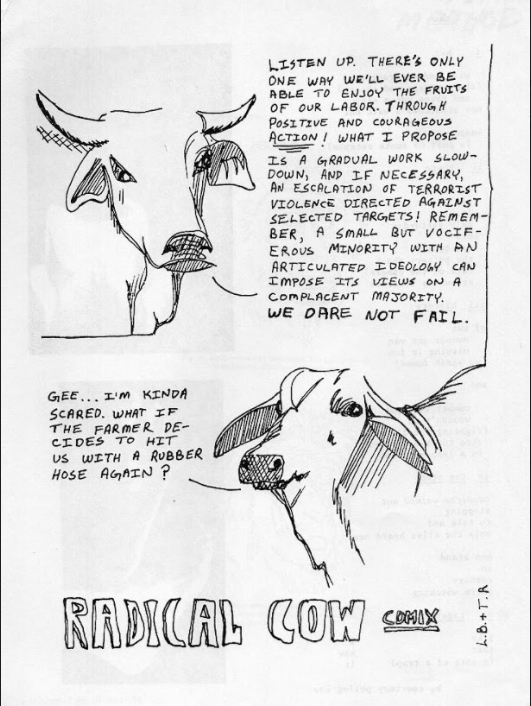 The closet-turned-archive tucked behind the Old Mail Room in Hamilton “Ham” Center, lush with aging papers and remnants of the past serves as a sort of map room for student life at New College. The New College Student Alliance (NCSA) Archives has been collecting little pieces of student history that would have otherwise slipped through the cracks since 2015, and students who frequent the small alcove have hope in a continuing sponsorship for the tutorial that has, for so long, aided students interested in archival research.

What started out as a hobby for now-alumna Joy Feagan quickly became a full-blown tutorial six years ago when she pioneered the NSCA Archives as a hub for students with a penchant for nostalgia. The tiny room is home to a desk and couch, surrounded by walls lined with filing cabinets. Every nook is jammed with framed photos, file folders and boxes ripe with information.

Since its creation, the transfer from physical to digital platforms has been an ongoing concern for the archives. The process of preservation is slow-going, since students have to sift through stacks of documents to be scanned and catalogued through its metadata. While the tutorial is fairly hands-off, thesis students Jenna Courtade and Caroline Newberg—who have digitized two file cabinet drawers worth of documents since joining the archives—are still carrying a heavy responsibility.

“It’s rough because it’s two, three people making a decision of what the whole campus might want to see,”  Courtade said.

The transfer to digital platforms is a concern for any archivist working to make history more accessible. Newberg is currently working on moving what information is available in the digitized NCSA Archive from a public Google Drive to a digital repository that New College as an institution can use.

Newberg explained that most of the tasks of the archive are transmuting information to Google Drive and getting rid of unnecessary files. This is in part to make room for newer things, as Courtade and Newberg stressed the urgency in preserving the present as well as the past.

”We have a lot of things from the past but it is also important to keep things from now,” said Courtade.

The archives will accept anything as long as it is related to student life. Yet, NCSA organizations are not donating, and neither are students.

“You can seize that opportunity as an archivist, or just as someone who is trying to preserve things, and go out and get it while it’s there,” Courtade said. “Because the more time goes on the less available those things are going to be.”

Besides maintaining institutional transparency, the archives undertake the task of preserving student life, no matter how big or small. The closet is filled with odd relics like a sealed rotten banana peel, a gigantic chess piece from Dort and Gold, and, at one point, a Dance Dance Revolution arcade machine. There are old Center of the Universe Party (COUP) decorations, silk screens and postcards, along with paper chain notes related to the Red Flag protests from 2019. But as much as students who work for the archive desire to fill the gaps of history for future students, the small space and outdated technology has become a persistent problem. What’s more, Newberg noticed miscellaneous items like folding tables, broken chairs and more recently random storage boxes being left in the archives from Physical Plant.

Additionally, while the archive is technically part of the NCSA, students rely on funds for basic supplies through small alumni donations and the History Department. Newberg had once recalled being denied requesting ten dollars for paperclips from the NCSA in Fall 2019.

“There are a million of different projects that can be done with some funding, I can list five of them off the top of my head right now,” Newberg quipped.

Newberg and Courtade asserted the need for essentials like new shelving space, manila folders and paper clips. But most imperative for Courtade was a replacement for the unreliable scanner. Courtade sometimes left to use the library to properly scan documents and photos.

“The archives technically function for the NCSA, so I think that they should give more funding,” Courtade said. “But I know since its creation to now, the relationship has not stayed the same. But ultimately, I think that’s where our funding should come from,” Courtade said.

The development of the tutorial over the years has been one of the more rewarding aspects of teaching at New College for Assistant Professor of History Brendan Goff, who has sponsored the tutorial since its creation.

“It represents the kind of learning outside the classroom that nevertheless translates well for both post-graduate studies as well as job opportunities,” Goff said.

Feagan’s persistence in establishing the archive space ultimately led to her post-graduation career in Public History at Temple University. More recently, Courtade has accepted a paid internship at the Ringling Museum Archives this semester and will be attending the University of Illinois Urbana-Champaign’s graduate program in Library and Information Sciences this upcoming fall semester.

However, Goff will not be sponsoring the tutorial next semester, as he will be leaving New College at the end of the spring semester.

Even so, the archives remain a crucial resource of documenting New College history and culture, and Courtade and Newberg are optimistic that another professor will continue the sponsorship.