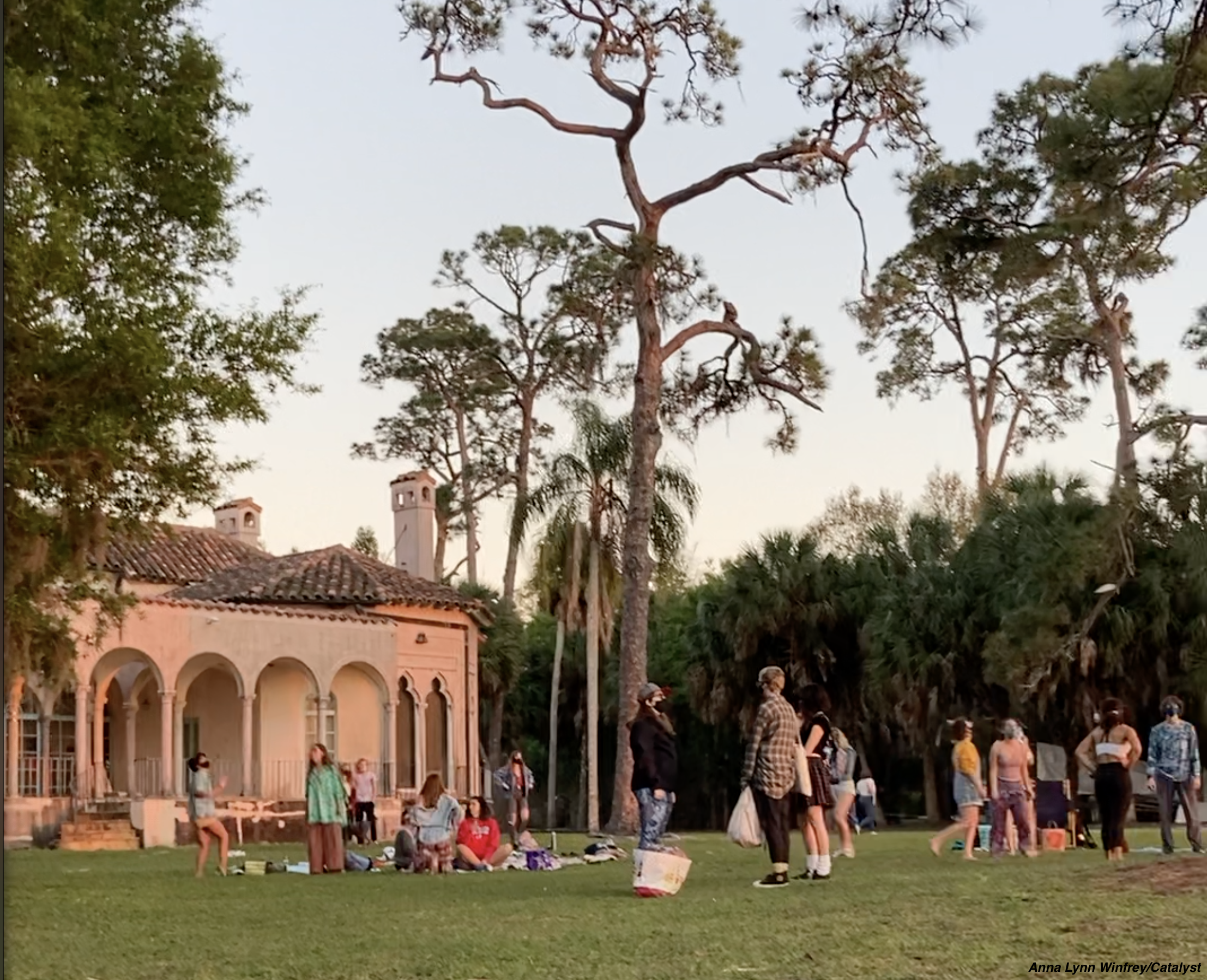 Students gallivant on the green outside of Caples Mansion on March 7, 2021.

On March 7, New College students came together for a day of fun and games in the sun at the Caples Waterfront. Despite the fact that COVID-19 guidelines still had to be followed, the event was overall a success, running until after the sunset.

Following the example of the Valentine’s Day COUP, groups of attendees were instructed to set their things up in circles on the ground that had been marked with white paint, and were at least six feet away from each other. Within these circles, people talked amongst their friends, or just sunbathed.

People brought towels, kickballs, chairs, and everything else one would need for an outdoor event. Plenty of people showed up in bathing suits to wade in the bay.

To keep the atmosphere up, there was plenty of music and even some dancing later. A few people tossed a football and everyone took some time to relax before classes that started on Monday.

Overall, the “Field Day Extravaganza” went off without a hitch and students were friendly and considerate as usual. Much credit goes to the organizer, third-year Eliot Greene.

“The idea was to get a bunch of people to come out,” Greene explained. “I think I should have done it at the old location at the field, so more people could have walked to it.”

Nonetheless, plenty of people showed up, even though the influx was a bit slow. As more people get vaccinated and cases continue to fall, more events like these are sure to come.