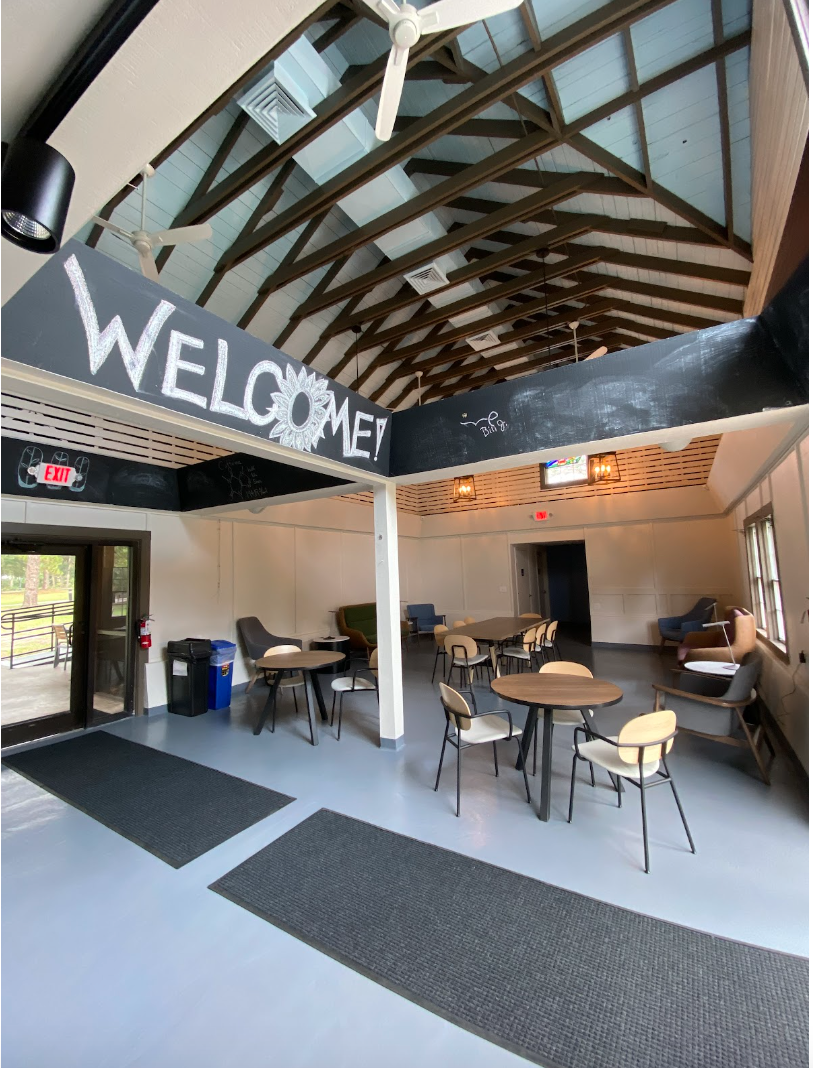 After the closure of the Four Winds Cafe in 2020 and several attempts at repurposing and relaunching the space over the past two years, it finally formally reopened this semester on Nov. 11, not as a full-fledged cafe, but as an additional recreation and study center for student use. Four Winds has been in a remodeling phase for the past two years with the recurring pushback of an official reopening. The Catalyst has tackled details of this topic with two video pieces featuring interviews with Vice President of Finance & Administration Chris Kinsley. However, with the permanent closure of dining facilities in the Four Winds Cafe, both Kinsley and the Catalyst turn our attention to student opinion. Are students satisfied with the relaunch of this space? Is Four Winds going to be beneficial to New College students in its current state? How are staff feeling about Four Winds finally opening its doors?

Before the closure of the Four Winds, the cafe was buzzing with excitement and was an area for studying, staff meetings, club meetings, open mic nights, and other performances for students to enjoy. Now that the space is reopened, many are questioning if the reopening will have any value for New College. In the past, the French Table would converse about French literature and language amongst the Four Winds space. Thesis student and French table leader Isabel Trespando Escobi spoke her opinion of Four Winds to give a modern perspective from the French Table’s current aspirations for the newly opened cafe.

“I have been to Four Winds since the reopening, and I am glad it is open again, although I am not too fond of the [space’s] furniture and setup,” Trespando Escobi said. “However, I believe it is good as an additional place for meetings and group projects.”

“I will consider moving French Table meetings to Four Winds for next semester, as for now, we don’t have a very good location,” she continued. “The only issue is that it is very far from the residential side of campus, which may be an issue for some of the French Table participants.”

The president of the Mystics club and thesis student Bliss Jennings felt similarly to Trespando Escobi.

“The Four Winds is projected to be open from 8am-6pm and our club meets at 7pm. It’s a bit ridiculous to me that a student space would be closed during the evenings,” said Jennings. “This is supposed to be a space of relaxation recharging, and coming together as groups. Having a closing time so early means that clubs like the Mystics aren’t able to even use the space. I’d much rather have some type of 24 hour space with occasional closings for cleaning.”

Students are ready to bring change into the space and already are eager to share their ideas. Jennings continued to elaborate on her interest in the space and proposed her ideas for improvement.

“I want to mention that next semester I’m going to try to gain student control back over the garden bed at Four Winds through CGA.” explained Jennings “I’d love to hear about what students want from that space, inside and out.”

However, students are not only ones reminiscing on the Four Winds previous creative flare. Many members of staff on campus remember what the Four Winds was before remodeling. On Nov. 30, Visiting Assistant Professor of Creative Writing Emily Carr and Professor of Classics David Rohrbacher walked into the newly-renovated building with shocked faces as they looked upon the modern furniture and fresh layers of paint.

“The old Four Winds was, of course, more lived in—instead of modernist furniture, there were sketchy old couches and tapestries and student art on the wall,” Rohrbacher said. “Once coffee has returned, and some food, at least like bagels and muffins, I’m confident it will be a popular place to be again. I used to meet with advisees and tutorials and colleagues there, and I’m sure I will again.”

Kinsley, in collaboration with President Patricia Okker were the individuals who prompted the reopening of Four Winds Cafe after two years of dormancy and initial attempts spearheaded by the New College Student Alliance (NCSA) and the Council of Green Affairs (CGA).

“I would be open to the idea of a student or a student group saying, ‘What if it was this, what if it was that,” Kinsley said in a filmed interview with the Catalyst. “I would use my business knowledge to say, ‘How can we make sure this is sustainable?’”

This being said, there is room for growth stemming from student propositions. With the help of our New College community, students can eventually mold this space into a place of comfort and recreation. Four Winds is currently a blank canvas for the students and staff on campus to make their own in order to revive the old spirit of Four Winds.