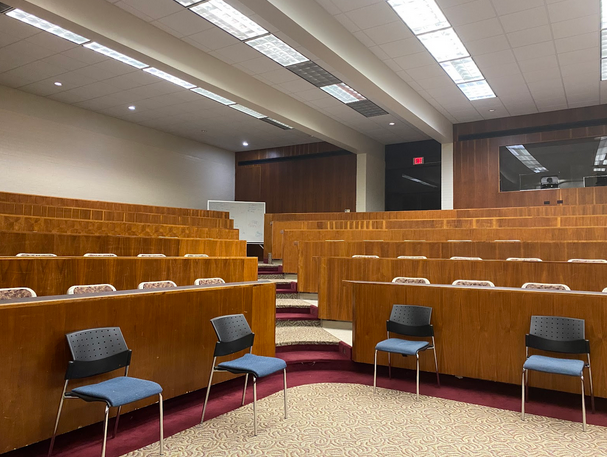 In October, Hurricane Ian carved its way through Florida and claimed a week’s worth of classes in its wake. Just one month later, Tropical Storm Nicole followed and with it came another set of cancellations across the campus—halting all academic activities for the rest of the week. Just as controversy came with the handling of Hurricane Ian emergency protocol, a storm of its own has begun to stir in response to Nicole.

At the head of the campus response are concerns of course material being cut and compromises being made in the wake of weather emergencies, and whether or not cancellations during Nicole were necessary in light of this.

Assistant Professor of Anthropology Yidong Gong expressed in an interview that he didn’t think the campus needed to cancel classes in response to Nicole.

“In regards to Nicole, I don’t think we needed to cancel the classes because it was much less impactful than the previous hurricane,” Gong expressed.

Gong also said that he believes that the allegedly excessive safety precautions against Nicole were—in some respects—course correction after the last-minute response to Ian was received negatively by students, as they were instructed to evacuate off campus on short notice.

Comparatively, the responses of other colleges to Nicole weren’t as severe. According to Gong, “Ringling College—our neighbors—didn’t cancel classes: they shifted their classes to remote mode. University of South Florida (USF) also shifted to remote teaching.”

“I read it as the administration reacting to the previous handling during Hurricane Ian which gave rise to a lot of controversies and debates,” Gong said. “I know students felt strongly about the policies which made their life very hard.”

Furthermore, Gong expressed that he believes the policy in response to Ian was motivated by student retention—motivated by metrics—more than it is student safety, though this isn’t without also considering Florida’s continued and increasing pressure on New College to increase enrollment.

“Numbers don’t say anything for the people actually impacted by these policies,” Gong elaborated. “It’s a good time to think about the very nature of our college—the very culture of New College—to bring people back into these discussions.” He cites When People Come First: Critical Studies in Global Health—a book he teaches with—as influencing his response.

When asked how he’s been managing his classes in light of the various schedule upsets the Fall 2022 semester has posed, Gong replied that his Medical Anthropology class was unable to prepare his students for anthropological fieldwork as thoroughly as he wished to: he had planned several interview and observation exercises to prepare students for off-campus fieldwork.

Instructor of Writing Avni Vyas also had to make accommodations and compromises alike for her own classes.

“While we lost valuable time, the course changes I made with student input reminded me that we are committed to meeting the goals of our classes and finishing the semester as strong as possible,” Vyas said.

Professor of English and Gender Studies Miriam Wallace follows up with a more qualitative approach than quantitative to Hurricane Ian and Nicole’s impact.

“Moving online was possible—but we don’t know who might lose power, and that creates inequities,” Wallace said. “So from that perspective [considering Wednesday classes are over by 3:30], canceling a single day of class makes a lot of sense.”

“It’s less about lost content for me and more about that loss of a shared sense of going somewhere together,” Wallace continued. “The loss is more than just ‘number of days’ of instruction—it’s a loss of a sense of purpose and focused goals.”

Hurricane days continue to be a relevant topic in an uncertain future where weather conditions continue to depreciate. If the collateral damage of Hurricane Ian is any indicator, one can only imagine the challenges the campus will face going forward.