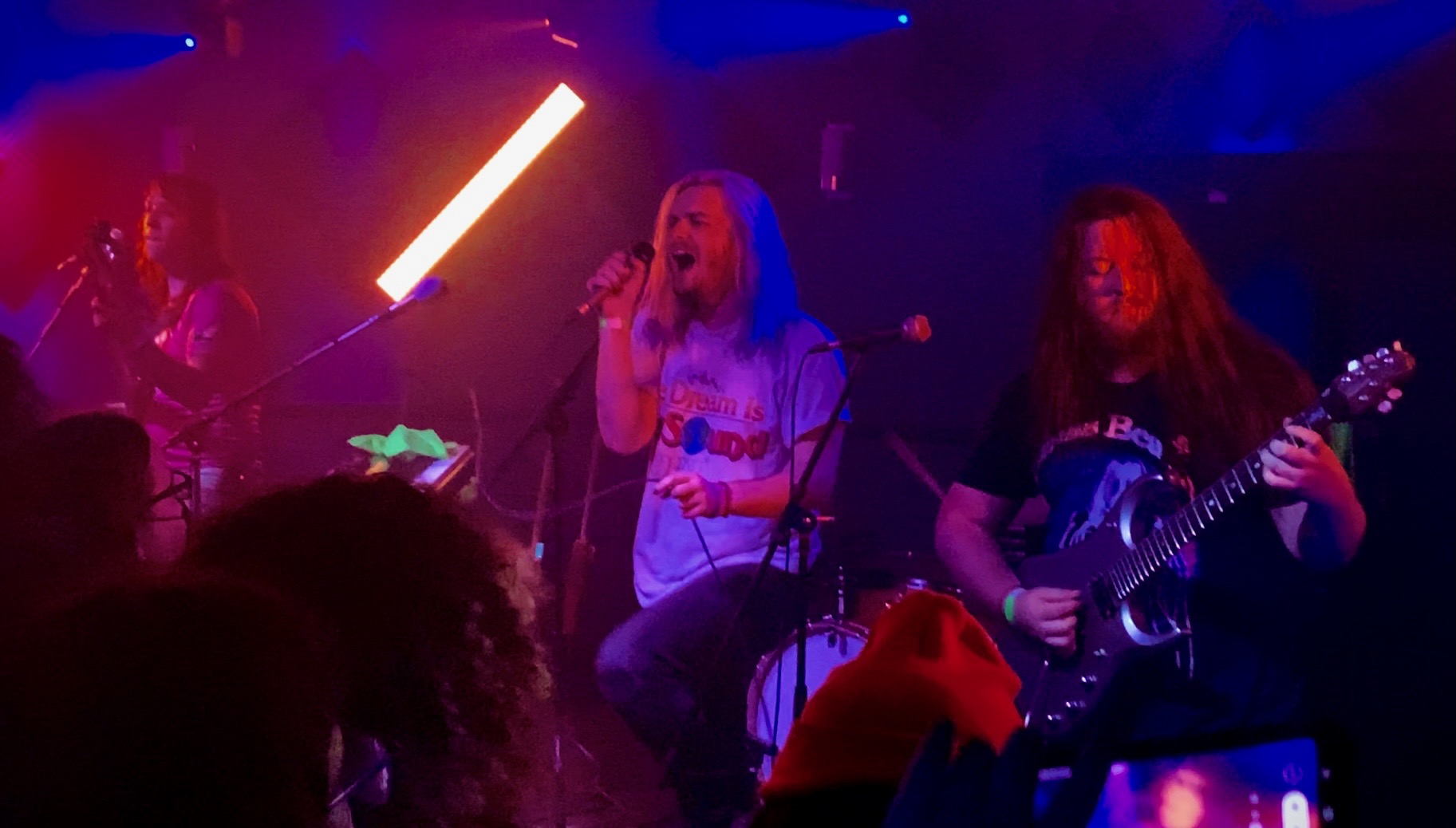 In early 2020, in-person gatherings for live music performances had to be put on hold indefinitely. For months, musicians across the globe had to cancel tours and resort to playing live music the only safe way that they could: virtual concerts hosted over the Internet. Artists such as Tame Impala, Adam Lambert and Phoebe Bridgers hosted events over Zoom and other platforms as a substitute for gathering at a venue. Despite these concerts being better than nothing, anyone who enjoys going to concerts could agree that these events just didn’t scratch the same itch as the real thing.

Fast forward to early summer of 2021: the COVID-19 vaccine’s eligibility has been increased to include the majority of the American population, and it’s beginning to look like in-person gatherings can start to happen safely. Iconic music festivals such as Chicago’s Lollapalooza and Miami’s Rolling Loud were able to take place once again. Subsequently, so began the rat race of attention-starved musicians trying to be the first to reserve the reopened venues in the hopes of announcing their long-awaited comeback tour.

Throughout the hot summer months, my fall calendar began to take shape as more and more of my favorite bands planned on performing in Florida. First, indie-pop outfit TV Girl would be gracing the stage of the Crowbar in Downtown Ybor while on their tour celebrating the six-and-a-half year anniversary of their debut studio album, (my favorite album ever) French Exit. Next, hyperpop duo and running joke 100 gecs would be spending a night blasting out their audience’s eardrums at St. Pete’s Jannus Live, performing unreleased songs from their upcoming second studio album, 10,000 gecs. Finally, genre-blending emo-punk band glass beach would be visiting Jacksonville’s Archetype, playing all the hits from their classic and impressive debut, the first glass beach album.

All these post-COVID shows had one thing in common: increased attention placed on the audience’s safety and well-being. With the issue of COVID-19 and enforcing certain guidelines at these concerts, artists have had to balance state, city and venue regulations along with their own moral beliefs when determining what requirements audience members must fulfill in order to be a part of the audience.

For example, at TV Girl’s show, vaccination cards or negative COVID-19 tests and masks were required for entry at the indoor Crowbar. For the 100 gecs concert, the venue was outdoors, so vaccination cards were not required, and while masks were encouraged, they were also not required. The glass beach concert in Jacksonville was at an indoor venue, but Jacksonville is not known for being an incredibly safe city when it comes to COVID-19. Masks and a temperature check were required prior to entry, but vaccination cards were irrelevant. Despite each of these shows having various levels of protection for the audience, I felt safe at each and every one that I attended.

COVID-19 issues are obviously of utmost importance when considering the return of these shows, but the sentimental aspect of the comeback of live music cannot be forgotten. Being at each of these shows, I was reminded of the reason that I listen to music. Forgetting about everything else in the world for just a couple of hours, being surrounded by total strangers, united by only one thing: the love and admiration for the same musical artist. Screaming my favorite songs at the top of my lungs, accompanied by screams of the sea of like-minded people, while jumping up and down and sweating like a pig is just incomparable to any other feeling.

The most memorable part of these concerts was the unpredictability. At the TV Girl show, I knew every song they played like the back of my hand, yet I was still surprised by the edits and changes they had made to the songs. The opening track Pantyhose was accompanied by new vocal clipping and glitchy production that I didn’t know I needed to hear until that night. At the 100 gecs performance, nearly the entire setlist was all new music. Hearing these new songs for the first time live was an experience in and of itself. The first half of the song, I was bouncing up and down, getting a feel for the new tune. By the latter half, I was tearing up my throat after learning the chorus. The mad dash after the concert to find the names of these tracks and finding the best quality live recordings on YouTube was a rush like no other. glass beach also performed three new songs, which made way for the same process with another group.

Remembering the deep appreciation I held for live music after being deprived of it for so long, I knew I couldn’t wait for weeks or months for my next favorite artist to come to town to experience the feelings again. Luckily, I didn’t have to. The local music scene in Sarasota has also been revived following the pandemic break. With the return of events such as Ringling Underground, musicians just around the corner have been working hard to hopefully one day sell out the same venues as TV Girl and 100 gecs.

One such band was formed here on campus just earlier this semester. Performing under the name Freelancer, the band is currently composed of all students: lead guitarist and vocalist, thesis student Jack Bove, rhythm guitarist and second-year Donovan Head, bassist and third-year Dominic Santini and drummer, second-year Samuel Worthington. Since their formation, they’ve played at events such as the 2021 Halloween Center of the Universe Party (COUP) and the second edition of the Council of Green Affairs’ (CGA) Groovin’ in the Garden. I sat down with Head, Santini and Worthington for an interview to discuss their progress as a band so far and hopes for the future.

Q: How did you guys all decide to get together and start playing music with each other?

A: Santini: Well, anytime I see someone walking with an instrument or anything like that, I’ll stop and talk to them and let them know that I’m a bassist and want to get a group together. I met Donovan because we’re rooming together this year. We both figured out that we had a shared interest in music and we started jamming together. Pretty soon after that, he introduced me to Sam, and I already knew Jack from before, so we had a good group on our hands.

Q: What kind of music does Freelancer play?

A: Santini: We play a variety of jam funk, jam rock and popular music right now.

Worthington: We’re willing to play pretty much anything though, as long as we practice it enough.

Q: How have your live performances gone so far? Is there anything you’ve learned about the way you play together?

A: Santini: I think it’s been going well. Even if we don’t get big crowds, people seem to have a good time. We are playing the next COUP, and when we do, we want to have a DJ to open for us and play in the downtime between sets. Crowd interaction is something we’ve been missing from our performances, and it would be great if we could incorporate more of it.

Worthington: I think the COUP went better than expected. We were getting lots of compliments on our playing, which is always the best. Listening to each other is something we for sure need to work on. About the crowd, I think we realized that if the crowd stays engaged, we can draw a much larger crowd. I think the more gigs we play, the better it’s going to go for us.

Head: Chemistry is such a big thing for us. We also need to work on the performance and entertainment aspect of our shows.

Q: What does playing live music mean to each of you?

A: Worthington: It’s something I’ve wanted to do since the pandemic started. I love to play live. It’s more about just wanting to play in front of a crowd and feeling the energy than wanting to impress people in the audience.

Head: The amount of people I’ve met since performing with Freelancer has been insane. You get to meet a lot of cool people through the audience interactions, and that’s the best part for me.

Santini: When people start to dance, that’s the happiest moment ever to me. I love seeing the effect that music can have on people, especially when we’re the ones playing.

Q: Your sets so far have consisted of only covers. What are your plans for writing original music?

A: Worthington: Our mentality right now is that the more people we can incorporate into the band, the better. People are definitely gonna have to drop gigs from time to time because of scheduling issues, so once we have more members it’ll be a lot easier to focus on songwriting and original music.

Santini: The expected timeline for our first original songs to come out is within the next couple of months. But Freelancer is always looking for new musicians, specifically a new vocalist right now. But we’d also love to incorporate new instruments like a saxophonist and a trumpeter. If anyone’s interested, feel free to shoot me an email.

Q: What are some upcoming performances of yours that people can keep an eye out for?

A: Worthington: We play jam sessions down at St. Armands Circle pretty often. Come see us there! We’ll definitely be down there a lot during the holiday season and the month of January.

Santini: We’re definitely playing the next COUP, and we’re hoping to get some more gigs at various campus events. I also hosted a jam session at Z-Amp a couple weeks ago, which I’m hoping to organize again.

Q: Finally, how did you come up with the name Freelancer?

A: Santini: Honestly, I was just filling out a form for a performance, and there was a space that asked for a name. We didn’t have one yet, so I had to come up with one on the spot. I was thinking of a freelance kind of business, and that’s where I got Freelancer from. We think it works because we’re not committed to one specific place or group or anything like that. We’ll play anywhere.

Following the worldwide hiatus of live performances, several artists have proven themselves incredibly excited to make their return to the stage. Both new acts and old, musicians and audience alike, anyone can find themselves cast under the spell of live music if they just allow themselves to.