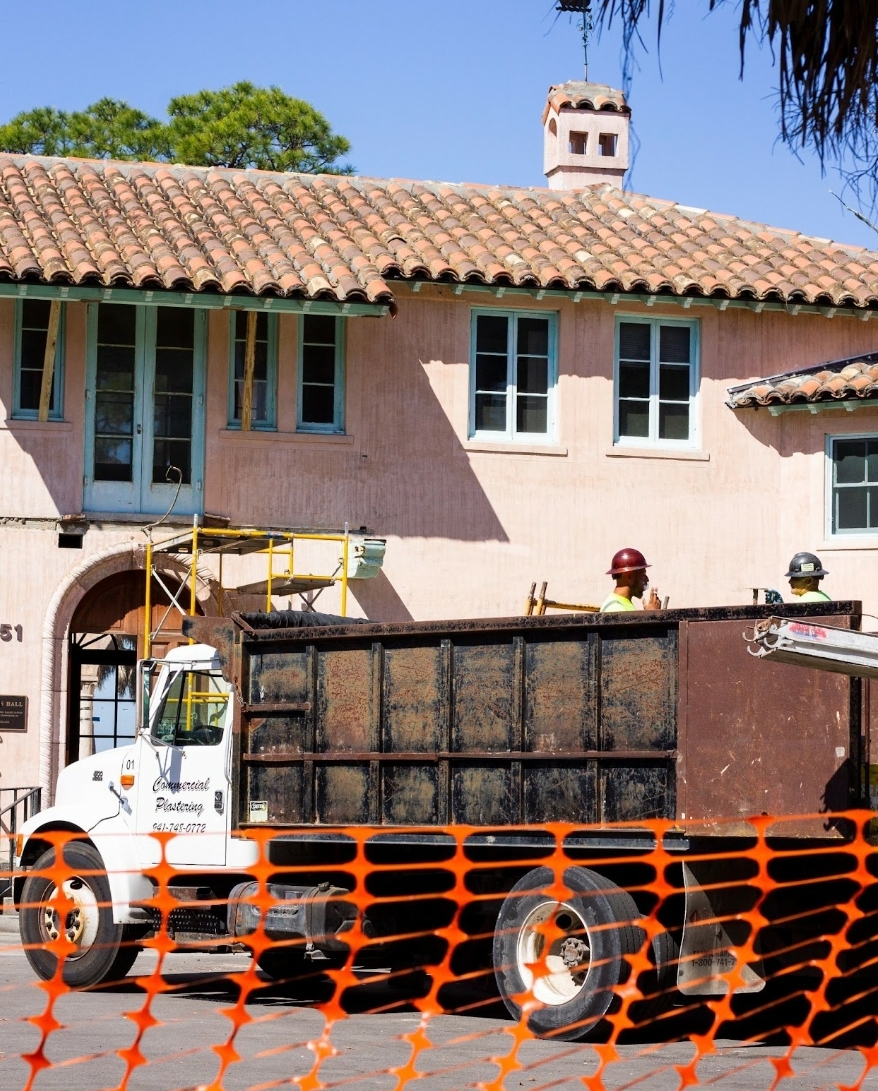 The Caples Mansion, built in 1921 by Alfred Caples, was vacated and closed in Jun. 2018 after mold—Penicillium Aspergillus to be specific—was found. But, beginning in 2021, renovations have been underway. The mansion is a part of the Caples–Ringling Estates Historic District, forcing renovations of it to preserve the original architecture, considerably increasing costs. By way of being a century old, general deterioration of the building, with particular focus on its dysfunctional ventilation system, invoked preparations for renovation since before mold was found, according to a statement by Director of Facilities & Construction Alan Burr in a statement given to the Catalyst in 2018:

“We did a feasibility study a year or two ago and the estimate of an accurate historical renovation is in excess of $9 million,” Burr said. “We don’t have that kind of money in our operating budget, and we’ve been asking for it from the state for many years.”

Taking care of a building like the Caples Mansion is difficult for the College to do on its own, but that is what the state has forced it to do, after state funding for renovations were vetoed by two separate governors. Burr confirmed that the renovations include more than just remediating the mold.

“The mold that was detected in the building was only found in air samples,” Burr continued. “The source of the airborne mold was determined to be the crawl space under the building.”

“The building was originally built without any A/C at all,” Burr explained. “A traditional residential A/C system was installed in the 1970s. The installation of that 1970s A/C system opened up the flooring in some areas to the crawl space allowing the mold from that area to circulate throughout the building. All penetrations to the crawl space will be sealed up and positive building air pressure will be established and maintained keeping exterior mold sources out of the building.”

In other words, the removal of the mold itself is not the goal, and is actually infeasible. This is why the phrase is “mold remediation,” not “mold removal.” In order to keep mold from the crawlspace out of the main building, introducing positive air pressure—wherein the air pressure in the building is higher than outside, thus air goes from inside to outside where there are holes, rather than the other way around.

In addition to solving the problems with the 1970s remodel—replacing the air conditioning and ventilation systems—the plan, announced in April 2021, also addresses other issues that have been neglected; “repairing the interior walls, ceiling and floor, select windows and doors, the exterior balcony over the entrance to the mansion and repainting the interior.” The plan, at this point, has two established phases.

However, “what is currently Phase 1 and 2 was originally just one phase estimated at $1.8M,” Burr said. “It was broken into two phases when it was decided that the building needed to be added to the chilled water system.”

A major reason for this change is that “the old A/C system had elements that needed to be outside of the building that are no longer allowed by the building code or the historical regulations,” Burr said. “This added time to design and construction as well as increased the budget. The decision was made to break it up in two phases in two different budget years. The cost of Phase 1 was $600,000 and Phase 2 is $1.8M.”

After this decision, “the extension of the chilled water lines and the fire lines to the building became Phase 1,” Burr said. “The rest of the work became Phase 2.”

Phase 1 was completed in the Fall of 2021. Phase 2 started in January 2022. On Mar. 9, 2022, the mansion was tented and fumigated after, “during the Phase 2 demolition, some termite activity was discovered,” Burr said.

As for the future of the project, “it is the College’s plan to continue to create small projects under $2M every year or so,” Burr said, until the College is able to “complete all the renovations to the building and landscape.”

How the building will be used has yet to be decided.

Burr offered a Catalyst reporter a tour of the  labyrinthine building. It would be seemingly impossible to make it compliant with the Americans with Disabilities Act (ADA), but a great deal of the building is “grandfathered” in. There are several antique bathrooms, one of them cobalt. There is a former fur pelt closet—in Florida. Apparently, it was all the rage. After the mansion was donated to New College (originally willed to Princeton), the room mostly stored newspapers. On the second floor, there is a door that opens onto the roof, which has walkways on the rear side of the building.

There are many variations in height, a lot of staircases, which Burr said were used to establish hierarchy between masters and servants. The usage of rooms before had been determined primarily by the professors who claimed them. A former Art History professor reportedly made use of several rooms.

Many of the bathrooms and closets will be used as access rooms for the new chilled water system.

The future of the mansion is exciting, and the hope is that students will get to have a significant say in its usage. Caples campus is a beautiful bit of New College, and the restoration of the Caples Mansion will ideally only improve the student-led culture of the Caples waterfront. Burr hopes, and expects, the building to be open by Fall 2022.