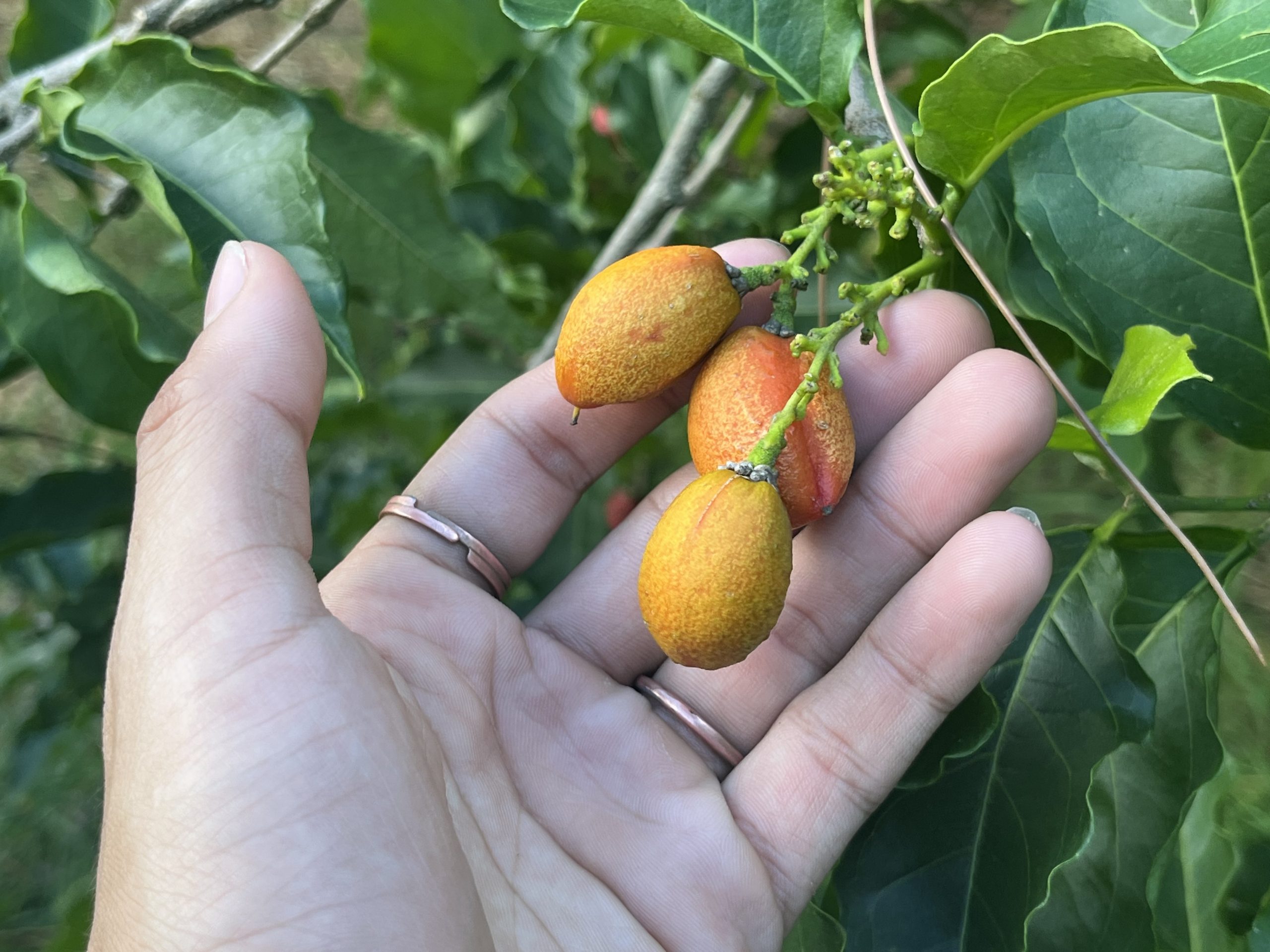 Since late 2016, the Food Forest has been a fruitful staple of New College’s eclectic campus. The Forest resides at the Caples campus, which is about a 10-15 minute walk from the residential side of campus. It was first planted by the Council of Green Affairs (CGA) in efforts to increase student engagement with the Caples side of New College, as well as provide a way to interact with the unique subtropical nature of Sarasota. It has blossomed over the years, housing various kinds of trees that stand at well over ten feet tall by now. Despite the distance, students should still make the effort to engage with the edible flora that depends on the members of the Novo community to flourish.

“It’s a really great student engagement place, and it’s a good way for students to walk around and see how to get something from the plant onto the table,” Food Forest TA and third-year Brittney “Britt” Hall commented. “In addition to that, it serves a lot of ecosystem purposes that deserve a lot of credit, especially for [local] birds and small mammals.”

“Initially, the original thesis for it [the Food Forest] was well over 100 pages.” Organic Gardening Coordinator and thesis-student Gus Frank added. “It was planned to be a part of the garden scape, but the impetus behind it was that it is a test site for soil, for carbon sequestration in the soil. It only took three to four years for it [the soil] to be fully saturated in carbon.”

Being the primary greenhouse gas emitted by humans, carbon dioxide warms the atmosphere, making it a major contributing factor to the effects of climate change. The process of carbon sequestration secures carbon dioxide, stopping it from entering the Earth’s atmosphere, making it a way to help mitigate climate change’s effects. The Food Forest provides this to the local environment, which is beneficial for the wildlife and the community.

As mentioned earlier, the Forest is home to edible plants that fruit throughout the year. If students want to make their way to Caples at the time of this article’s publication, one can find the bright and bulbous Acerola cherries floating in the branches of the trees that fruit multiple times a year. Starfruit can also be picked from its smaller and delicate trees, but the fruit may only be there for a few weeks longer—so the earlier, the better.

Uniquely, students can also sample the interesting peanut butter fruit, which looks like the Acerola, though with a more orange tint and tougher exterior. It gets its name from its nutty taste, which many can testify that it tastes just like a fruitier peanut butter. Like the starfruit, this is more of a spring and summer flowering, but there are slim chances of the tree fruiting again this year. Even more options include the sweetsop, commonly known as the sugar apple, and leaves from the trees that are packed full of nutrients and edible year-round, like the Moringa, Chaya and Katuk leaves.

The Food Forest and Caples campus provide the New College community with environmental benefits and a constructive outlet to interact with nature.

“I plan to come up with a more affirmed schedule to let students know what’s out there at the moment, so I plan to do more outreach in that sense,” Hall said. “I also want to make tours of the space available to people.”

“There’s the Gardening Tutorial, which students can choose to take as a course,” Frank also mentioned. “There will also be a Gardening Club, a voluntary club that meets once a week, open to everyone so that anyone can come and help out in the garden.”

Information on Caples tours and the Gardening Club will be coming soon as the semester goes on. Even with the organized efforts to get students to check out Caples and the Forest, New College community members should feel welcome to explore the area any time they’d like.

“I would love it if one day I went down there to do something and I just saw people checking it out for themselves,” Hall said. “I would love for people to feel comfortable enough to explore the space and take it for what it is. I feel super lucky to be in a position where I can advocate for that.”

“My favorite thing would be that I just see people there sitting in a hammock, or studying and just using it as a space to relax or hang out with friends,” Frank agreed.

The Forest holds a special place in many campus hearts, given its humbling beauty and relaxing surroundings. Speaking on why he chose to get so involved with the Forest, Frank commented:

“It was a chance to do so many things at once. It was a chance to connect with nature, surround myself with plants and food I’ve never had before, and also just contribute to campus and enhance a resource that’s available to students. In hopes that they find as much meaning in it as I have.”

Caples Campus and the Food Forest are always open for students to enjoy.