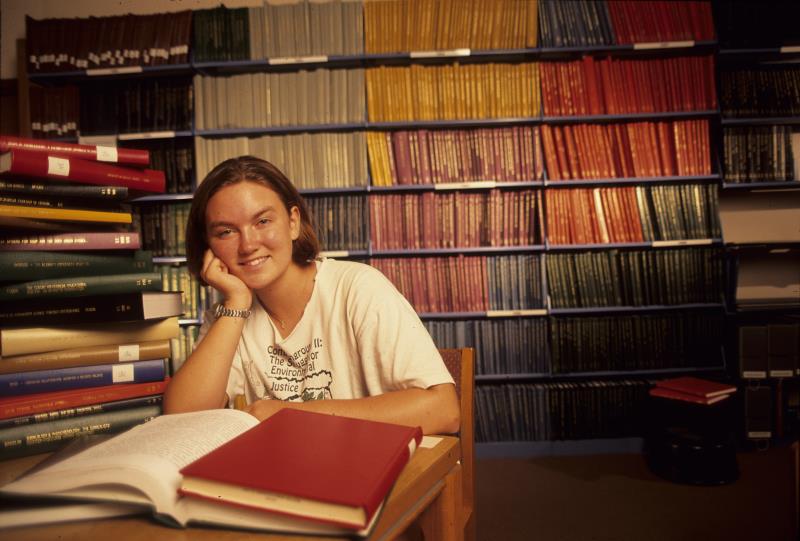 On March 24, Associate Provost Suzanne Sherman sent an email addressed to thesis students with basic procedural guidelines for thesis submission and baccalaureate exams this semester, but one specific detail sparked concern in graduating students: only electronic theses will be submitted to the library on May 8. Between student backlash at the possibility of not having bound theses, a new flexible baccalaureate exam system and tentative plans for a delayed in-person commencement, the future of the 2020 graduating class is slowly gaining shape, even if the kind of shape remains mostly undecided.

On one hand, the concept of electronic theses is nothing new to New College students, faculty or administration. The library has been taking electronic theses since 2009 and last year started allowing advisors to sign electronically. Similarly, the process that allows students to embargo their thesis—or to withhold their thesis from the library’s thesis database—has also been made electronic this year. In the past, the appropriate forms would be routed to the student’s advisor upon their request to waive this process. This year, the forms are being prematurely sent to every advisor. All forms related to thesis submission can be located in the “Online Forms” tab of each thesis student’s myNCF App Gateway, and submission instructions should be released by the library within the week.

At this point, it is not currently clear whether students will be able to submit or mail a paper copy to the library at some later date, primarily because of health concerns. However, Sherman noted that theses have become increasingly more difficult to bind in recent years.

“Almost nobody binds theses anymore,” Sherman said. “We’re told that on the East Coast, there’s only one place that the library knows is still available to bind theses. Even master’s and doctoral theses are not normally being bound anymore.”

Sherman also cited the cost per individual student and the environmental toll as reasons to consider electronic alternatives over bound theses.

Similar sentiments were expressed by Dean of the Library Brian Doherty. Although the decision of whether to discontinue bound theses does not fall under the library’s jurisdiction, Doherty said that other institutions have long since abandoned print theses, and the library is preparing the platforms and technology for nontraditional forms of theses to be submitted electronically if that becomes the case.

“We’ve seen a few more [theses] in recent years where they don’t really lend themselves to print on paper,” Doherty said. “Students are doing more innovative things. Digital types of projects, artistic types of projects, and it really doesn’t lend itself to a bound object like it did maybe 20 or 30 years ago.”

Thesis students were quick to fight back against the possibility that they wouldn’t be able to participate in this New College tradition. One such pushback came in the form of a petition organized by thesis student Ormond Derrick, which was sent to the student email list on March 28.

As noted in the petition, “Having a tangible home for the cumulation of an entire year of rigorous independent research is not only a privilege but also a tribute to the academic progress and accomplishment we achieve during our time at Florida’s honors college.”

This petition, which gained 183 signatures, also claims that the prospect of a bound thesis remains one of New College’s best selling points, and suggests that thesis students should be able to submit physical copies once it becomes safe to do so. It was sent to the library and the provosts on April 4.

This is not the first time that the New College administration has considered omitting physical theses. According to a series of documents thesis student Alex Barbat organized into a Google Drive and shared to the forum, there was a period from about December 2008 to March 2010 when faculty debated the logistics of keeping bound theses in the face of soaring prices and accessibility and collaboration concerns, while students rallied en masse. Sherman recalled that she, along with the majority of the faculty, voted to have both bound and electronic theses. But she has changed her mind over the past decade.

“At this point I feel like I have moved in the direction of electronic only but it’s not going to be my decision,” Sherman said. “I think ultimately it will be a motion for the faculty to decide.”

The future of bound theses at New College may be uncertain at this time, but the process for baccalaureate exams and committees are more concrete.

On March 21, thesis student Jennifer Lin sent a petition to the student email list with the request that administration create alternate formats for bacc exams and hold a postponed in-person commencement. The petition states that many students do not currently have the security nor resources to meet the potential requirements of bacc committee members and suggests that alternate methods are considered “up to and including a written defense.”

The petition also requests that graduating students be given the option of a postponed in-person commencement, even if not everyone will be able to attend.

As noted in the petition, “Ultimately, no one in this community signed up for the circumstances that we are facing and the graduating students, especially, should not be penalized for it.”

Before Lin’s petition was sent to administration with 121 signatures on March 25, some of the demands were preemptively met.

In the email Sherman sent on March 24, she explained that all baccalaureate “bacc” exams will be conducted remotely and the formatting of each exam and whether it will be synchronous or asynchronous will be up to individual students and their bacc committees. Official bacc days are April 20 to 22—although bacc exams may be conducted outside of these dates—and bacc exam reports are due on May 8 by 5 p.m.

Sherman explains that this open-ended approach to this year’s bacc exams is meant to accomodate students without the technology for a synchronous meeting, unstable internet connection or reliable access to a computing device.

“It depends on the student, what their capabilities are given their situation and on the committee as to what will work in any particular situation,” Sherman said.

This decision was made by the Academic Administrative Council (AAC), run by Provost Barbara Feldman and consisting of Sherman, Associate Vice President for Academic Affairs Julie Morris, Chair of the Faculty Professor David Harvey, and each of the division chairs.

This email suggested that an in-person commencement may be rescheduled to Dec. 5, 2020. The timing would avoid hurricane season, the 2021 Independent Study Project (ISP) period and major religious holidays. Logistical details are still underway, and O’Shea asks that thesis students email either him at doshea@ncf.edu or his assistant Shelley Wilbur at mwilbur@ncf.edu with further suggestions on what time the ceremony should be held, if a virtual option should also be provided and other suggestions.

In the meantime, Sherman is answering questions on an individual student basis, but has plans to organize a web page for thesis students with links to all of the information they will need in the upcoming month.

“I am happy to talk with any student at any time,” Sherman said. “I have office hours every Thursday to call in from 3 to 5 p.m. but students can contact me at other times as well. If I can’t help a student, I can hopefully connect them to someone who can.”