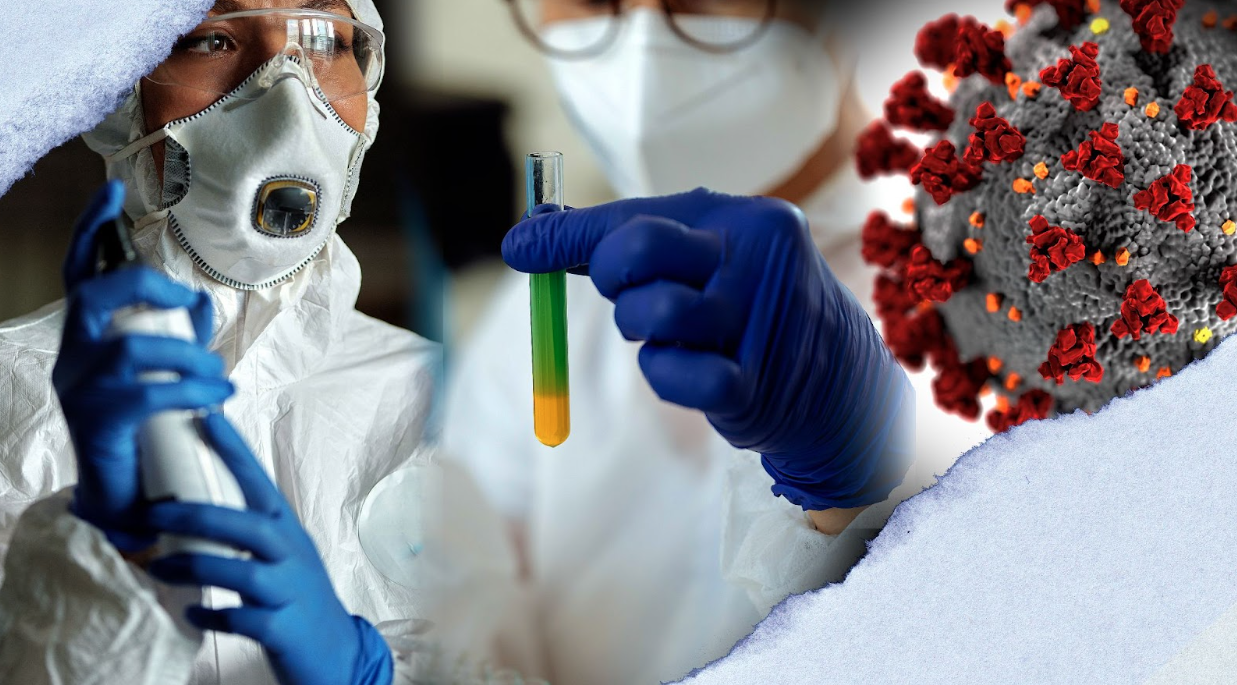 Since the start of the coronavirus pandemic in 2020, government agencies and public health officials have tirelessly and forcefully asserted the origins of the COVID-19 virus to be naturalistic—an unfortunate, unpreventable consequence of biological evolution and epidemiological processes. Yet, a recent report titled An Analysis of the Origins of the COVID-19 Pandemic published by the Senate Committee on Health Education, Labor and Pensions presents strong evidence that “the emergence of SARS-CoV-2 that resulted in the COVID-19 pandemic was most likely the result of a research-related incident.”

The report’s conclusion isn’t a fringe theory either: even the former director of the Center for Disease Control and Prevention (CDC) Robert Redfield and the head of the Lancet’s medical journal COVID-19 Commission Jeffrey Sachs have publicly supported the theory’s premise.

“I’m pretty convinced it came out of a U.S lab, [as in] biotechnology, [and] not out of nature after two years of intensive work on this,” Sachs admitted during the 2022 Gate Center conference.

Indeed, according to a poll by politico, by July 2021 nearly two-thirds of Americans believed the origin of the pandemic was man-made after a shift in public perception that year.

Despite the legitimate basis genetic experts, epidemiologists, researchers, and public health officials had for questioning the origins of COVID-19, reigning economic and political institutions were unflagging in their determination to enforce belief in the natural event theory, even expanding online censorship practices to include “dangerous” misinformation regarding COVID-19’s origins. Medical experts and academics faced severe and lasting repercussions for breaking away from establishment heterodoxy. According to one peer-reviewed study published by the sociology journal Minerva, that included “exclusion, derogatory labeling, hostile comments and threatening statements by the media, both mainstream and social; dismissal by the respondents’ employers; official inquiries; revocation of medical licenses; lawsuits; and retraction of scientific papers after publication.”

But what exactly has led to a paradigm shift in thinking regarding COVID-19’s origin, even amid such a stifling political and academic environment? The theory trumpeted throughout the coronavirus pandemic purports that the virus made a zoonotic leap (meaning interspecies transmission) from bats containing a mutative version of Sars-Covid-2 at an animal market near the Wuhan river in China. At the time, this was the incontrovertible truth of the reigning establishment, so confident in its premise that individuals questioning this narrative—regardless of credentials—were bitterly accused of promoting conspiracy theories, mocked and reviled.

The report published by the Senate Committee on Health Education, Labor and Pensions consolidates the arguments made by field experts that, taken together, raise serious questions about the natural event theory’s veracity today. All the graphics below come directly from that report. This first one represents online searches for “flu-like symptoms” on a popular search engine in China from Dec. 20 of 2019 to Jan. 18 of 2020.

On this map, the red dot represents the location of the Huanan Seafood Market, and the blue dot represents the location of the Wuhan Institute of Virology. The line that runs diagonally through all the districts between them is the Wuhan River. As one might be able to tell from the rather large markings, the largest congregation of searches for “flu-like symptoms” at the start of the pandemic is right next to the Wuhan Institute of Virology, not the seafood market which was initially claimed to be the source of the pandemic.

Here’s where it gets interesting–this next map contextualizes the locations of known SARS-related viruses closely related to Sars-Covid-2.

Again, the running theory for the origin of COVID-19 postulates it was the result of a zoonotic spillover from bats that infected human hosts at the Wuhan Seafood Market. However, this relies on an evolutionary process—there would have to be a traceable lineage of genetic mutations whereby the virus went through adaptations as a result of environmental pressures. That includes an initial mutation to be able to efficiently spread from animal to human or an “intermediate host”; and then another set of mutations to spread between humans and humans.

So far, researchers have been unable to identify any evidence indicative of an intermediate host; there simply hasn’t been any trail of animal infections or mutations that are normally the telltale signs of a zoonotic spillover event. As indicated on the map above, there are over 1,000 miles between the region containing the most similar strains of viral infections and Wuhan, where the pandemic originated.

This isn’t normally the case, according to the report. Take the Sars-Covid outbreak in 2002, or the Avian Influenza in 2019, both of which resulted from a zoonotic spillover event. As indicated in the maps below, there were simultaneous introductions to the human population from geographically disparate locations, and there was a clear path of evolution for the virus using intermediate hosts that had contact with humans.

“Almost three years after the COVID-19 pandemic began,” the senate report wrote, “there is still no evidence of an animal infected with SARS-CoV-2, or a closely related virus, before the first publicly reported human COVID-19 cases in Wuhan in December 2019.”

Indeed, at the time COVID-19 was first identified, it appeared as if “ready-out-of-the-box,” instantly transferring infections between human hosts, despite only having two genetic nucleotides (versions of the virus) when it started to spread. This is highly unusual—in a natural sequence of evolution, the strand should mutate along the way as it adapts to human hosts, creating a number of intermediate expressions as it transfers between them and evolves.

There’s also the research conducted at the Wuhan Institute of Virology itself to consider. The Intercept released a shocking report after obtaining research documents from the National Institute of Health (NIH) following a Freedom of Information Act lawsuit. The documents revealed that the NIH was approving grants for what many experts would consider gain-of-function research (research that enhances the potency or infectiousness of a virus to gain data) on coronavirus pathogens. U.S. institutions funded The Wuhan Institute of Virology, overseeing projects which spliced different versions of Sars-Covid together and injected them into humanized mice.

“The research was designed to gauge how bat coronaviruses could evolve to infect humans.” The Intercept wrote.

“By 2018, the Wuhan Institute of Virology showed interest in finding SARS-related coronaviruses that used human ACE2 receptors to enter cells in order to determine whether SARS antibodies would effectively neutralize those viruses,” the senate report emphasized. “The group proposed to collect and conduct genetic recombination experiments on SARS-related coronaviruses possessing specific traits making them “high-risk” for zoonotic spillover into animals and humans.”

Perhaps the Wuhan Institute of Virology just happened to be working on ethically and procedurally unsound Sars-Covid coronavirus research just prior to the pandemic and just happened to be right next to the first major outbreak, and perhaps the virus just happened to suddenly develop adaptations that allowed it to infect and travel between humans with no traceable lineage of evolution or confirmed animal infections; stranger things have occurred.

Yet, the behavior of the Wuhan Institute of Virology itself following probes into the potential theory has been patently suspicious. The scientists working there were found to have “wiped crucial databases about the earliest infected patients and stifled independent investigations into the laboratory’s links to the pandemic” in addition to “one of its staff vanishing after coming down with a mysterious flu-like illness [in 2019].”

As a final contextualization, it was a joint letter sent to the Lancet that was orchestrated and signed by several high-level stakeholders at EcoHealth Alliance—the institution which has since unwillingly been revealed to be the one responsible for funding the gain-of-function research at the Wuhan Institute of Virology—that established COVID-19’s origins as “settled science” and derided “conspiracy theories suggesting that COVID-19 does not have a natural origin.” At the time, the letter itself was presented as a spontaneous collaboration between field experts. In emails obtained via a public records request, it was shown that EcoHealth Alliance President Peter Daszak drafted the Lancet statement and that he purposely intended it to “not be identifiable as coming from any one organization or person,” instead framing it as “simply a letter from leading scientists.”

This is a serious departure from how U.S. society collectively imagines scientific inquiry, information dissemination and the signification of truth. Data and research itself might be pure, untampered representations of fact, but there are pressing conflicts of interest, social structures, and political entanglements that shape how that information is transferred from the hands of the dutiful scientist to the public at large, constantly shifting hands along a chain of authorities, public figures and media outlets which pursue their own interests and create their own omissions.

The Wuhan “lab-leak” theory may or may not prove to be substantiated in time; such is the case with scientific investigation. Yet, the way in which the investigation was handled by public health authorities and economic gatekeepers, who actively subverted attempts to investigate further and promoted a stifling and oppressive cultural dialogue, represents a dangerous turn for the direction of society as a whole. Theories are proven correct by dissent. Theories that can’t be challenged are not theories, but dictates.

Most concerning of all, there is little indication that any public figures will face responsibility for this or that there will be structural reforms to address the lack of regulatory oversight. Communities ripped themselves apart, families were torn asunder and political spectrums were further divided over the pressing question of how to handle public health policy regarding masks, vaccine mandates and social gatherings—but the actual forces that may have unleashed this monstrosity upon the world are likely to get a free pass.

Actually, it’s even worse than that: the global community has taken it upon itself to build even more high-security biolabs experimenting on ultra-deadly pathogens. There have been over 40 facilities with the highest classification for deadly biological materials—biolab safety level 3 & 4—that have been built or have gone into construction since 2020 under the premise of  “getting ahead of the next pandemic,” no doubt the same logic that spurred on the research conducted in Wuhan.

This article is the first in a two-part series about the involvement of biolabs internationally in the speculated creation and spread of the COVID-19 virus. Read part two here.