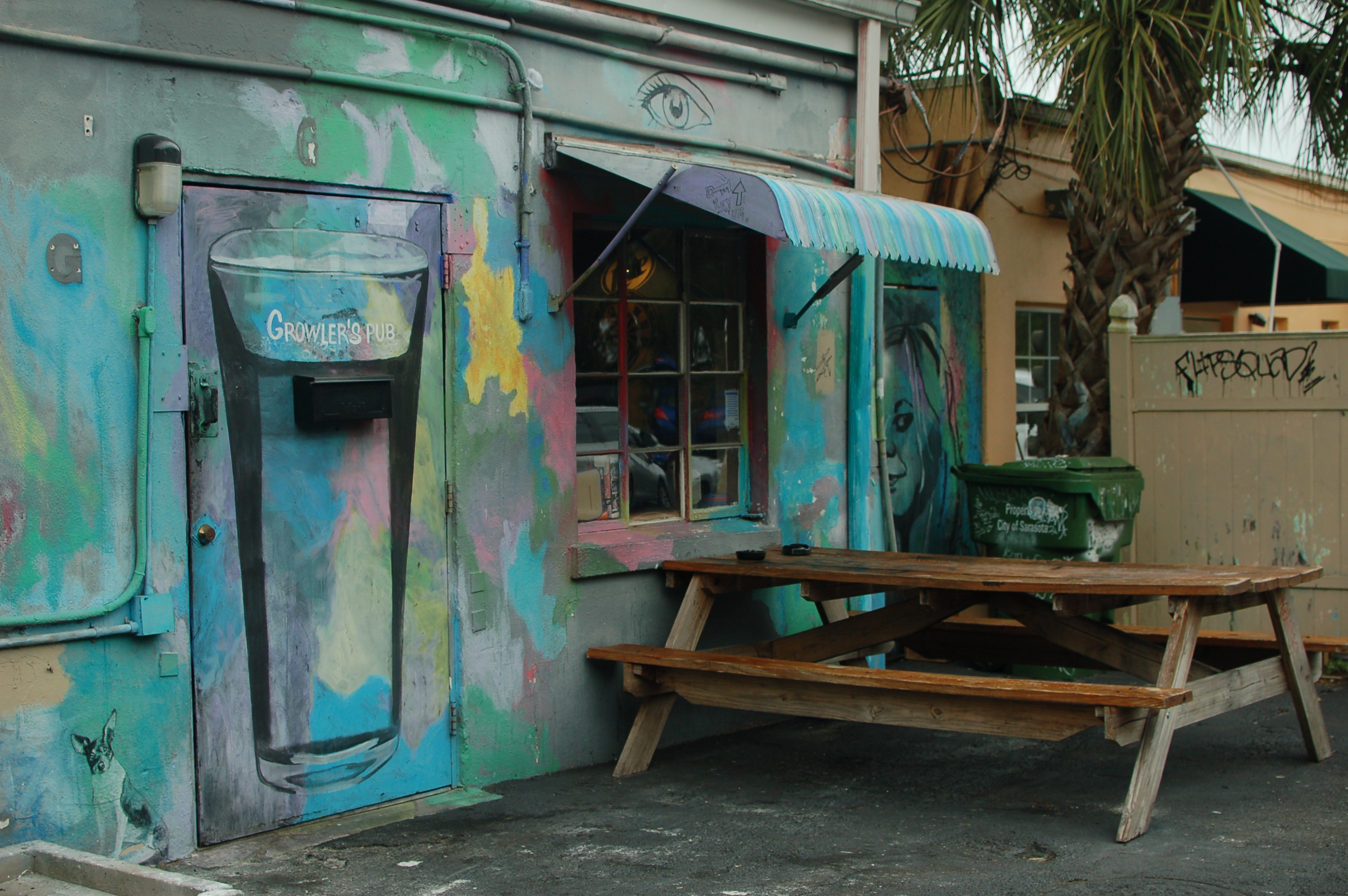 Known for trivia nights hosted by a variety of personalities, live music and a rotating list of draft beers ranging in locality from all across the state, the popular neighborhood hangout spot and pub Growlers has closed. A feature on the Tamiami for nearly a decade, Growlers was scheduled to close for a week in late March to undergo renovations remained open instead. The process, headed by Tyler Yurckonis and Mark Caragiulo of The Mable Partners LLC, has so far been kept under tight wraps. Even the new name for the pub has yet to be announced.

Growlers–alongside Memories Lounge and Bahi Hut, also on the same stretch of the Tamiami–held a special place in many Novo Collegians’ hearts. It was a place to meet friends, try new brews, partake in free pizza at the end of a bamboozling trivia night and spy on one’s thesis sponsor from afar. In the decade it was here, many New College students and alumni worked or spent weekday/weekend nights at the cozy and somewhat hipster pub. 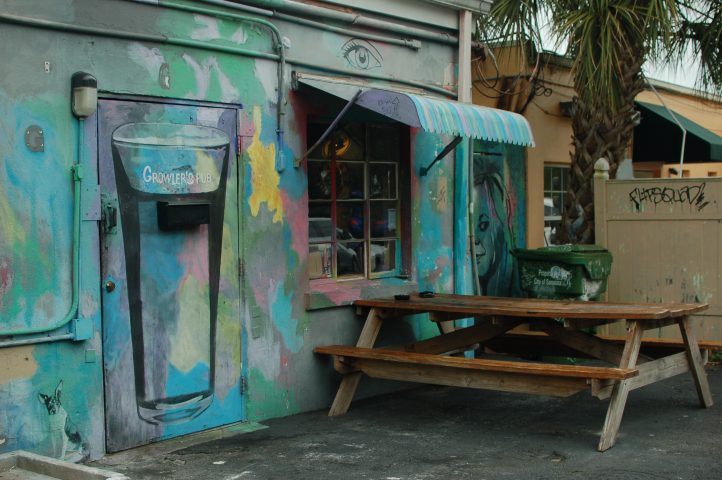 The back of Growlers is a popular spot for those seeking a break from a baffling trivia question.

One question looms over the ownership change. What will become of trivia nights? According to those who host them, the prognosis looks good.

“I don’t foresee many changes,” alum and trivia host Chad Bickerton (‘05) said. “We had a very productive sit down meeting with the new owner to discuss potential changes to trivia, and the consensus was there were not going to be many changes.  We may tweak the structure of trivia a bit, but I think that is the extent of it. Trivia is one of, if not the most, popular weekly event at Growler’s, so I am not sure there is much room to grow. We sometimes have 20-25+ teams show up, when that happens the pub can’t really hold many more people. I think with how established trivia is it would be unwise from a business perspective to shake things up too much.”

Bickerton started going to trivia nights in 2013 and started hosting with Elliot Evins, another New College alum, in 2015.

“After a year or so, Elliot developed this crazy idea that I was dragging him down, so he started hosting on his own,” Bickerton said. “The split was not amicable, and I spent many Wednesday nights wondering what I had done to upset him. I coped by drinking one or two more beers than I should have, and heckling him in front of the trivia crowd.”

Brickerton eventually began hosting trivia on his own without Evins.

Hosting trivia is no small task for those dedicated to the cause. Questions range from geography and history to pop culture and current events. How does one host a successful trivia night?

“Things that are important to both [hosting and playing] is the pace that trivia is going,” Bickerton said. “Trivia gets pretty boring when hosts ask difficult questions that no one can answer. At the same time, the trivia crowd can get a little raucous and keep trivia from moving at a brisk pace. If trivia doesn’t end on time, that’s when people can get cranky.” 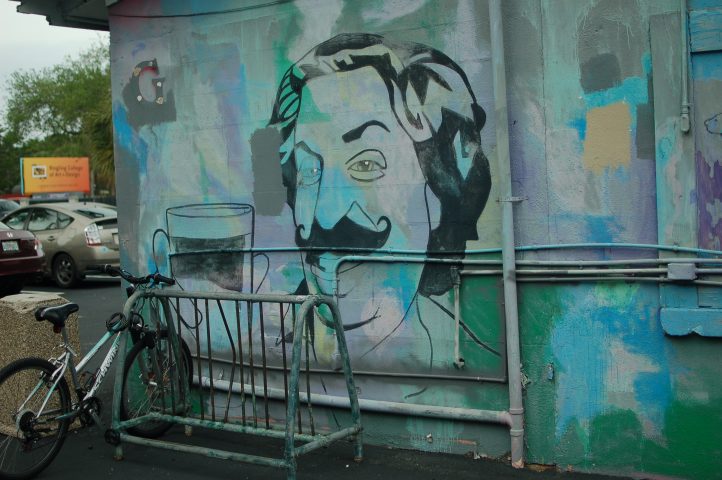 “Oskar Blues’ Old Chubb Nitro, if they have it. If not, a Hefeweizen of some kind.”

“You meet some interesting people there,” Keever said, shrugging. “And I don’t think my team has ever won, but you know, I’m only in it for the free pizza.”

“Definitely the Harpoon UFO,” Keever repled. “Or Cream and Sugar.”

Alum Victoria McCullough (‘13) has worked at Growlers since December 2016. Overseeing the changes has been confusing at times, but has generally been less dramatic than one might expect. While the bathrooms have been renovated and the pool table was sold, very little about the bar has changed physically. One of the changes that caused the most stress was the loss of the pub passes, a program that allowed bar-goers to accumulate points with their beer purchases and exchange them for rewards. Pub passes were supposed to last until Apr. 1, but when the Point of Sale (POS) system was updated, the data was lost. As a result, many people who anticipated being able to claim a free keg (500 points), or the other pub pass rewards like 20 percent off when you try a new beer, lost their points.

“That’s one of the things that’s been roughest about this transition,” McCullough said.

But the community around the pub has held strong.

“There’s a lot of regulars from trivia, but we also get a lot of people who walk up from the motels,” McCullough said of the clientele the bar attracts. 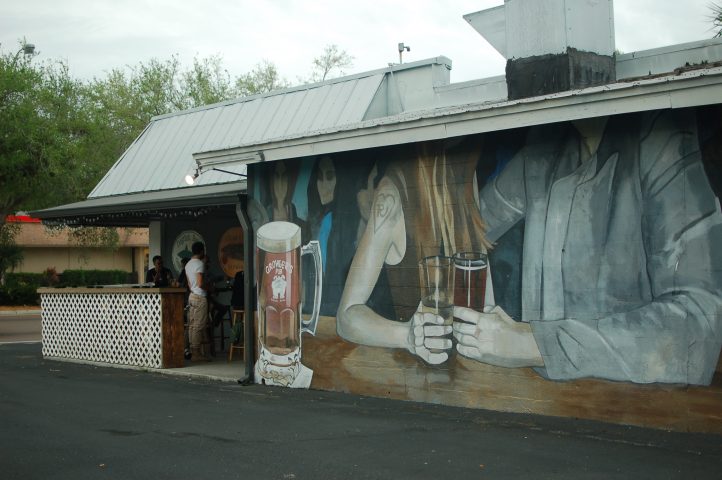 Her favorite part about working at Growlers?

“100 percent the community that comes in,” McCullough responded. “The regulars are really varied and friendly.”

“Anything Calusa we have on tap,” McCullough continued. “Or if not, Rogues Dead Guy Ale.”

The Mable Partners LLC, a new local restaurant group, formed in late January. Restaurants under the group include Veronica Fish and Oyster, Owen’s Fish Camp, Caragiulos and The Starlite Room. Stay up to date with Growlers news on their Facebook page.