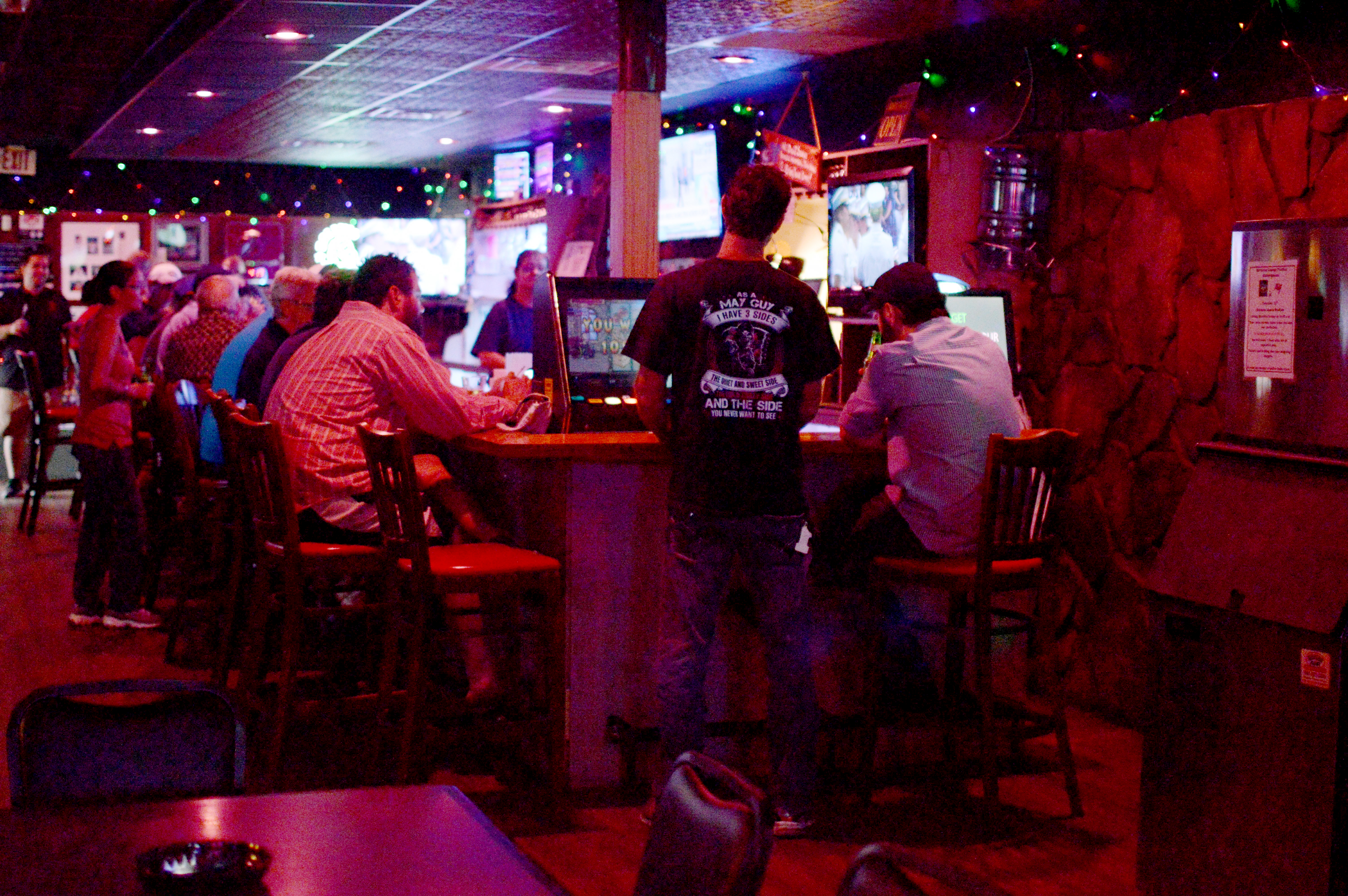 A mere day before Hurricane Irma was predicted to make landfall in Florida, many residents of Sarasota had either evacuated or boarded up their homes and businesses.

Like the others, Memories Lounge on Tamiami Trail was boarded up in preparation for the storm, but still continued to serve patrons.

“Stormy Weather” by Ella Fitzgerald played on the Jukebox, locals munched on bowls of complimentary popcorn, and a lone bartender poured whiskey sours and popped opened bottles of Budweiser.

However, unlike many local business, Memories had posted no revised business hours, opting to stay open for as long as they could in spite of the oncoming storm.

“We’re a neighborhood bar,” said the owner of Memories, Kevin Duvin. “We know there are a lot of people who would be sitting alone in their houses.”

Of keeping Memories open during the storm, Duvin said that he wanted to open the bar back up as soon as possible, as it is an important community space for a large group of people.

On September 12th, the bar reported via its Facebook page that they had escaped the storm “mostly unscathed” but without power.

Power came back on late September 13th, and by Friday, it was karaoke night as usual.