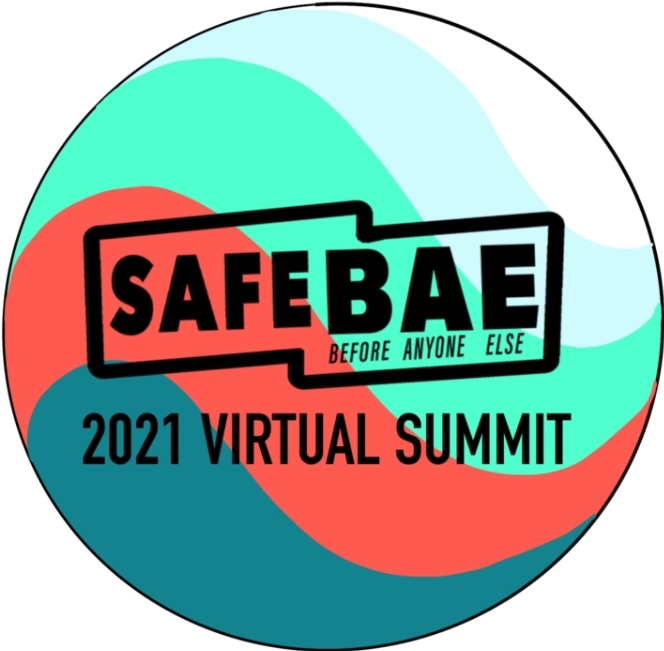 The SafeBAE 2021 Virtual Consent Summit is the third annual summit that SafeBAE has held, with previous summits in Maine, Virginia, and New Mexico.

Ever since campus shut down in March 2020, health education at New College has been focused on COVID-19. Health Education Coordinator Susan Stahley said that her first few months at NCF since she arrived in Sept. 2020 have been spent trying to advertise and navigate the symptom tracker. But now that campus has grown accustomed to working virtually and regular COVID-19 testing, health education has begun to recenter on issues of consent, dating violence and bystander intervention. The SafeBAE Virtual Consent Summit, which ran from Feb. 26 to 28, has allowed students to register for free for a series of online lectures, getting institutions across the country back into the necessary conversation of ending sexual assault among students.

SafeBAE was founded in 2016 following the creation of the Netflix documentary “Audrie and Daisy” (2016). The documentary follows the stories of two teen sexual assault survivors Audrie Pott and Cat “Daisy” Coleman, which grew into the idea for SafeBAE when “we realized the single most common and important theme among all our stories was the lack of sexual-violence prevention, consent education and Title IX knowledge there was in our high schools,” as stated on their website. Kickstarted by Coleman, brother Charlie Coldeman and fellow survivors Jada Smith and Ella Fairon, the organization focuses on education for middle and high school students. The recent Virtual Consent Summit branched out to include both youth and adult registration.

Stahley, who said that she “tries to keep up with trends and organizations in prevention work,” first heard about the 2021 Virtual Consent Summit from the SafeBAE Instagram. Stahley had also recently promoted a Zoom webinar lecture featuring founder of the “Me Too” movement Tarana Burke on Feb. 3 and said that she had received emails from a few students afterwards on how important they found the lecture.

“I thought I would send out the SafeBAE one as well, because if only one or two [students] reach me and say that listening to Tarana Burke was important, then how important would this be?” Stahley asked.

The summit included events with topics ranging from abuse prevention of youth in foster care to sexuality as it intersects with disability, to digital consent and understanding trauma reactions. There were also a series of giveaways throughout the summit, allowing students who registered for any of the lectures the chance to win t-shirts, stickers and other SafeBAE swag.

The previous two in-person summits have been localized to a few states each year. But by holding this year’s summit on Zoom, the lectures have been available to people across the country, without a limit on how many could join.

“It’s the beauty of virtual things, especially when they’re free,” Stahley said. “It really opens doors and you really get the opportunity to talk to, not just people working in the field, but in this case it’s open to anyone. You might be talking to other survivors, or there might be folks that are parents or other educators.”

Stahley also suggests that anyone left with questions or in need of support after attending the summit should contact NCF’s victim advocate Concetta Hollinger, available 24/7.

“She is available for students if they have been a victim of sexual assault or domestic violence, or even [for things like] when we had that incident going on last semester with that person walking into rooms in the middle of the night,” Stahley said. “She has a dedicated phone line that you can call her on.”

Looking towards the future, Stahley also said that she would like to install a service on campus similar to SafeBAE’s BAE Breakers, community leaders and peer educators that work to reform their schools and campuses.

“Wouldn’t it be great to get a segment of students who are interested in doing this kind of work on campus?” Stahley asked. “Maybe within the next year or so. We’re a small campus, but statistically, someone on campus has been involved with this and had this sad experience. I want to make sure that there’s support for survivors on campus.”