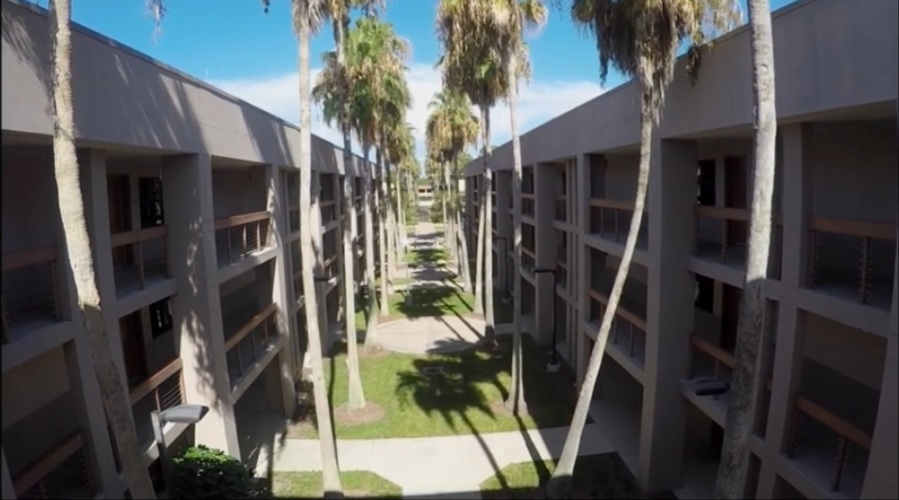 An aerial view of Dort and Gold Residence Halls.

On Jan. 11, the New College of Florida Board of Trustees (BOT) passed an unprecedented amendment to the colleges’ rent regulations. Action Item 3-1002 gives the administration authority to increase rent prices for Palmer B Dormitory up to 34% (from $6700 to $9000) and increase Dort and Gold Residence Hall’s rent by 17% (from $9000 to $10,500) within the next three years. Administrators described these numbers as the rent “ceiling,” signaling that the actual increase would be lower. A preliminary draft of next year’s rent prices places the increase at 8% for Palmer B, Dort and Gold—but the administration has not finalized the prices. Traditionally, rent and meal plan prices would increase by 5% on alternating years. This new amendment marks a significant departure from the previous decades’ trend.

The idea originated within the New College administration, who are looking to recoup the hefty expenditures for replacing the potable water lines at Palmer B following the lead water fiasco ($400,000), for overhauling Dort and Gold’s heating, ventilation and air conditioning (HVAC) ($1,500,000) and for renovating the Dort and Gold elevators ($200,000).

Kinsley went on to detail additional rationale for the rent increase. The administration wants to move towards a more “uniform” system of housing prices, meaning that housing rates for different room types will be the same across all parts of campus.

Kinsley expressed a sincere desire to remove the stigma of B Dorm as a “neglected” area of campus, owing to the perception that its reduced rent cost leads to worse maintenance. However, B Dorm requires by far the largest rent hike to achieve uniform rental rates. The proposed rent hikes risk gentrifying the college’s most affordable housing option.

Further, many B Dorm residents expressed outrage at renters being made to pay for the cost of replacing the water lines.

“Raising the cost of housing at NCF is a disastrous and tone-deaf decision that makes housing inaccessible to low-income students,” B Dorm resident and third-year Robin Lewellen wrote in a petition to the administration. “B Dorm residents should not be punished with fees for being poisoned with lead in their water. That is equal parts absurd and immoral.”

“I’d rather drink lead than pay for that,” commented fellow B Dorm resident and third-year Dakota Cohen.

When asked to respond to residents’ frustrations at receiving a rent hike to recoup the cost of fixing the potable water lines, Kinsley indicated there was no alternative.

“Housing fees are the only thing that pays for housing issues,” he explained. “No state university can use state appropriations to pay for housing. We’re prohibited from using tuition to pay for housing repairs. So, the two sources would be the housing charges. The only other one would be if a donor or ally or some generous citizen decided just to give a donation to make a repair. That’s what the college is seeking to do with its fundraising for the Pei dorms.”

While the administration is moving towards “uniformity” in housing rates, there is also talk of wanting to have the “flexibility” to adjust to demand. While this seems contradictory, Kinsley explained its merits.

“We’re not trying to make a profit on housing,”Kinsley said.. “But we also try to charge enough to cover our long run, you know, keeping the dormitories up. And we don’t have, right now, great data. And so, this flexibility will allow us to start making some price adjustments based on a little bit of information we have and see if we can get a better match up with demand and pricing.”

Members of the BOT had previously indicated that institutional scholarships would cover the entire cost of the rent hike. However, further investigation revealed that such accommodations would be dependent on means-tested, student-specific financial aid packages. Fifth-year students, some of whom reside at the “thesis haven,” B Dorm, would have to pay the full rental cost, as all students past their eighth contract lose financial aid from the institution.

With the rental rates not yet finalized, there is still a window for students to petition the administration to overturn their decision. Still, the question of how to pay for the repairs remains. The school may not be able to use funds outside housing fees to fund repairs, but a more reliable financial aid reimbursement with wider reach could be an effective and realistic compromise.