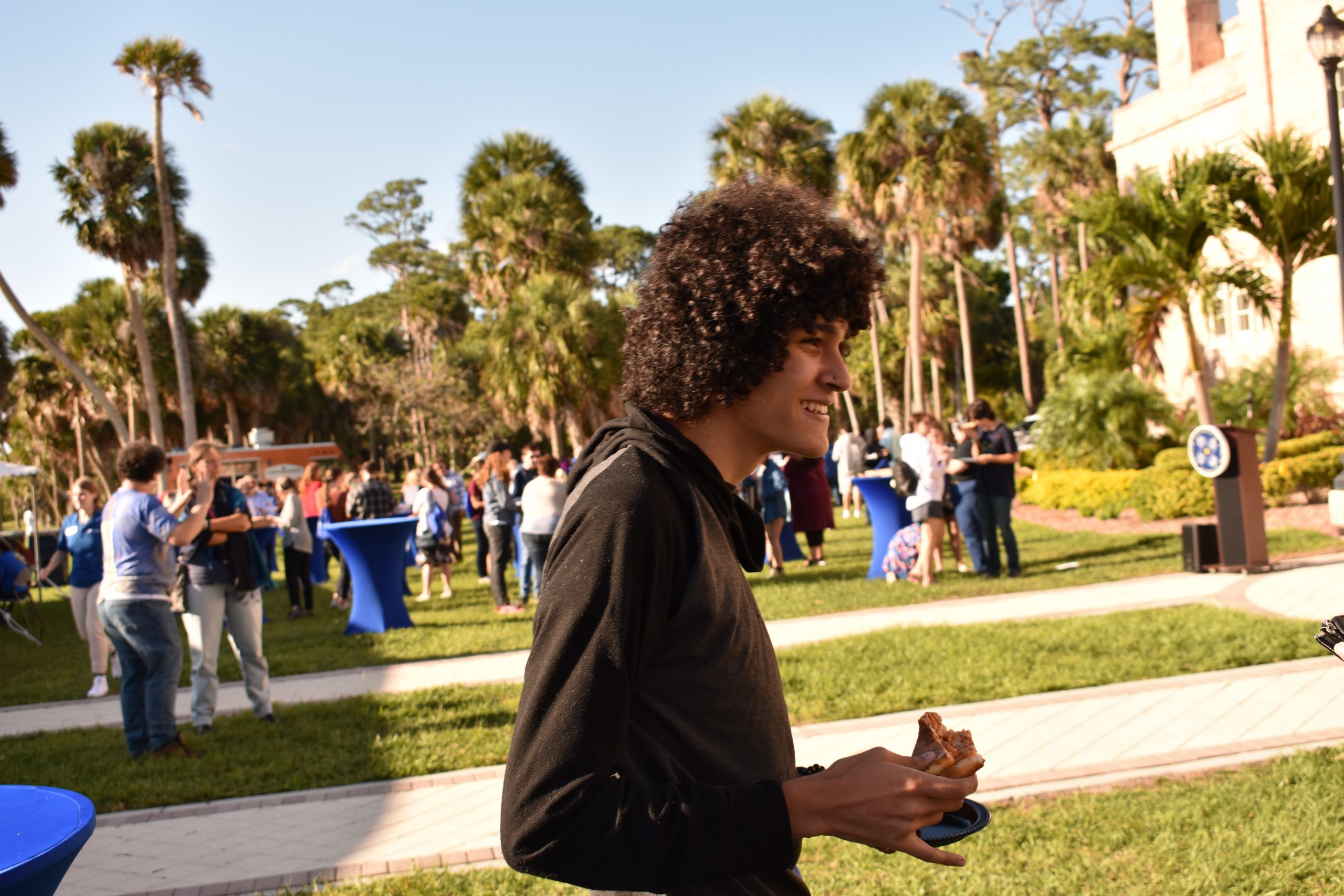 This year's Admitted Students Day let future Novos mingle at the bayfront and get acquainted with some of the clubs and services on campus.

On Apr. 7, the New College of Florida hosted 25 admitted students of color for the Valuing Inclusivity Program (VIP) Weekend. These hopeful future Novo Collegiates were able to shadow different students and get a firsthand account of student life in the classes available—one of which attended a staff meeting for the Catalyst. They also were invited to that weekend’s Dark Pixie themed Wall, and, at the end of their time on campus, got to go to the Apr. 9 Admitted Students Day.

While the VIP Weekend saw some controversy on campus, it seemed to go off mostly without a hitch. Those students that came spent Apr. 7 and 8 on campus overnight, and lived with different student sponsors during their stay. These sponsors were all volunteers, who had been able to host these students in the Pei Dormitories Dort & Goldstein Residence Hall, and several of the Living Learning Communities (LLCs).

The Office of Admissions held several tours between 3 and 4 p.m. on Apr. 9, and afterwards, brought the admitted students to College Hall with a procession of cheering current NCF students. They then invited both admitted students and their families as well as current students to mingle and make friends on the Bayfront. With Rico’s Pizza and a local food truck catering, College Hall was bustling that Saturday afternoon. Representatives from the Counseling & Wellness Center (CWC), Metz Catering and a variety of student organizations such as the Black Student Union (BSU), the Muslim Student Association, the People of Color Union (POCU) and the New College Student Alliance (NCSA) were all present and available for inspection by incoming Novo Collegiates. Several student-run clubs also made appearances, including the Disability Advocacy Club, the NCF Powerlifting Team, the Roller Skating Club, the German Club and the New College Feral Pigeons birdwatching club.

President Patricia Okker herself stepped out and spent some time with these incoming students, hoping to introduce them to their family for the next few years and hopefully the years beyond. But what did these incoming freshmen think about the event?

“It was kind of neat!” says incoming Novo Phoebe Riley from Pasco County said. “I definitely appreciated the ability to meet people. Somebody gave me a note with their phone number on it, which was very cool.”

Mario, another incoming first-year, had a similar response: “A good time meeting with other students, good food and always good to visit campus.”

The VIP Weekend was a similar hit, and while some students were concerned that the faculties—namely, subpar food at the Hamilton “Ham” Center and dormitories with mold, bugs or faulty air conditioning—risked scaring the admitted students away (or spreading COVID-19), the school mostly got away without incident. Students had a positive—if mostly uneventful—experience on campus, and while the shadow of the NCSA election and the proceeding conflict loomed large, these future Novos got more than enough of an opportunity to spend time with the other incoming freshmen.