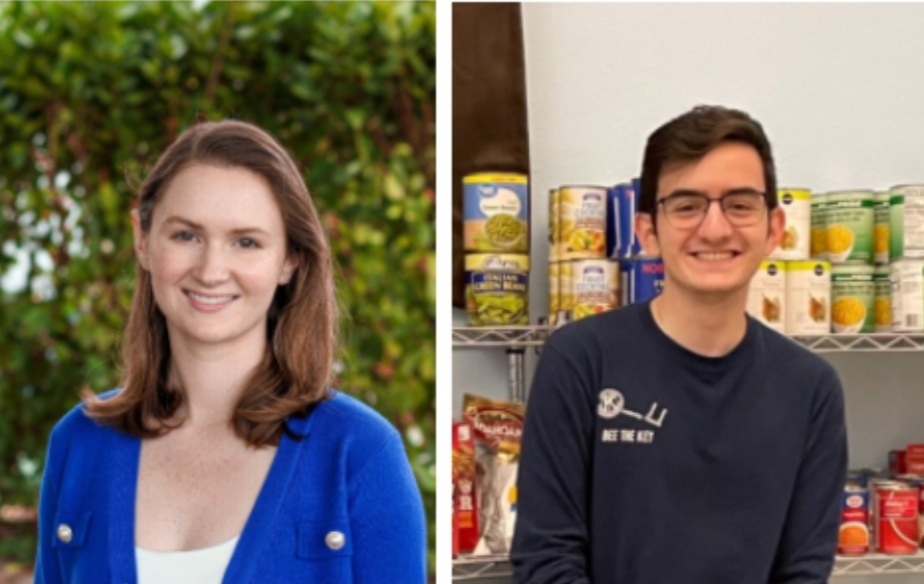 Prior to the election itself, the presidential campaigns and debate gave a critical look into the current state of New College student politics.

Voccia-Swanson ran a campaign based on principles of Maslow’s Hierarchy of Needs, with promises of anonymous surveys to gain insight into students’ thoughts and opinions to ensure that students were heard. Although, it is unclear what exactly they would have been asking students to voice their opinions on, or what the candidates planned to do with the information once collected.

“I would like to hold tabling events in Ham to interact with students and discuss their ideas for campus in person, as well as actively inform myself on students’ opinions via the aforementioned surveys,” Voccia said in an interview following the NCSA Presidential debate, when asked what specific action he planned on taking based on survey information.

The Rydzik-Russin campaign did not have one unifying idea surrounding it, but rather a list of incredibly ambitious promises, including a promise to work with the Black Student Union (BSU) in order to “understand and support BIPOC and marginalized students on campus,” as it was stated on the Rydzik-Russin Platform posted to the student forum. It was later revealed that Rydzik had never contacted any members of the BSU before name-dropping them in his platform.

In contrast to the previous two platforms, President-Elect Keenan’s platform not only outlines multiple promises—but also provides clear ways in which she plans to enact these promises. Additionally, Keenan was able to provide insight into her previous work in the NCSA as Vice President during the 2021-2022 term. Keenan has extensive experience within the NCSA, as demonstrated by the numerous NCSA pass-over documents she has assisted in creating in order to make the transition of administration as easy as possible. Keenan has said that she wants to continue with strengthening these documents and the NCSA as a whole.
Some key highlights in the Keenan-Rezola platform include:

Keenan-Rezola has also shared hopes to improve communication between event hosts, the NCSA and the Student Activities and Campus Engagement (SA[U]CE) office in order to promote student engagement. Keenan has said that she hopes especially to see more student political involvement.

Dozens of students congregated to watch the NCSA Presidential Debate on Apr. 6 in the music room at College Hall—eager to support their friends who were running, see what the presidential candidates had to say or perhaps just indulge in the free food and potential humor that could be gained from a debate.

The debate was important in emphasizing the clear divide between Keenan and the two other candidates. Although the platforms themselves were imperative to displaying what the candidates had to offer, the debate gave Keenan a place to demonstrate her working knowledge of the ins and outs of New College politics and administration. The other presidential candidates consistently answered questions on policy ideas with buzzwords like “accessibility,” “communication” and “Maslow’s Hierarchy of Needs.”

While both Rydzik and Voccia explained that their only leadership positions were in high school or college clubs, Keenan has been a member of the NCSA since the beginning of the 2021-2022 academic year, starting as the NCSA Chief of Staff and becoming Vice President in January 2022. Additionally, Keenan has lobbied in Tallahassee alongside incumbent NCSA President and third-year Sofia Lombardi and has been involved with the Florida Student Association.

Meanwhile, when asked about security on campus, Rydzik stated that he wanted to get “more police on the academic side of campus,” something that went directly against promises made in his platform, and then later on said he wanted fewer police.

The BSU was brought up multiple times by both Voccia and Rydzik during the debate, again without any discussion with the organization itself. Without any input from the BSU, both Voccia and Rydzik continued to promise “communication” with BIPOC on campus in order to figure out what issues were important—despite having not discussed with the BSU or any other identity-based groups on campus before the debate.

Keenan, on the contrary, made an effort to explain how she could help provide inclusion and diversity training to the NCSA cabinet members.

“I don’t know exactly what that training will look like, and that’s something I would do research on over the summer to get a much more concrete idea of what other colleges do and what has been successful,” Keenan stated during the debate.

Keenan elaborated that she wants to “bring in more diverse perspectives, and specifically seeking those out for the NCSA is very important.” She explained that just because the NCSA sends out applications doesn’t mean a variety of people will respond, and that creating inclusion is not a given. Keenan illustrated that she hopes to make the NCSA a safe space for everyone to come and voice their concerns, as part of a larger effort to get people involved with the NCSA further.

The running mates for each candidate were relatively unheard from, and were often overshadowed by their counterparts despite the input they had to offer. While Rezola missed the debate due to illness, both Russin and Swanson were consistently given very brief periods of time to speak, oftentimes after their running mates.

Russin officially dropped out of the race on Apr. 7,the day after the debate, due to poor communication from Rydzik and not fully understanding what they had gotten into. Russin expressed via the forum that they were overwhelmed by the entire process and unaware that Rydzik’s promises of reaching out to the BSU in the campaign were without merit. The BSU had made this fact very well known, both through a statement issued by BSU Representative and second-year Nala Wheeler to the forum 20 minutes before the Presidential Debate, and by publicly confronting Ryzdik and Voccia following the debate.

After each candidate made their closing statements at the debate, many students in the audience were eager to talk to them. In particular, members of the BSU confronted Rydzik and Voccia on their mention of the organization in their debates and platforms without prior discussion. These confrontations were semi-private events that happened amongst the hustle of students leaving or conversing post debate. On the student forum, however, post-debate conversations ranged from serious conversations about racism and talking over marginalized voices at a primarily white institution (PWI), to memes about the proposed Meme Czar position, courtesy of the Ryzdik-Russin platform.

Amidst the chatter, members of the BSU were vocal about the use of their organization’s name, and how it represents a larger issue on campus of POC being spoken over.

Above anything, the debate made it incredibly clear that representing the student body means representing every member, and especially the voices and perspectives of POC. The debate featured candidates that were attempting to represent the entire student body, without even talking to an incredibly significant portion of the New College community. A true testament to the mindset that many of those in positions of privilege hold—that they have the potential to hold positions of power, even when they may not have the qualifications.

As previously stated, Keenan and Rezola will be the NCSA President and Vice President for the Fall 2022-Spring 2023 term. In addition, Harrity and Steinig will serve as the Senate President and Pro Tempore.

Students should look forward to working with the Keenan administration at the newly revised Senate Meetings, Cabinet Meetings and in their general school life. Keenan has made it abundantly clear that she plans to be a true advocate for students, only time will tell how she fulfills this promise.