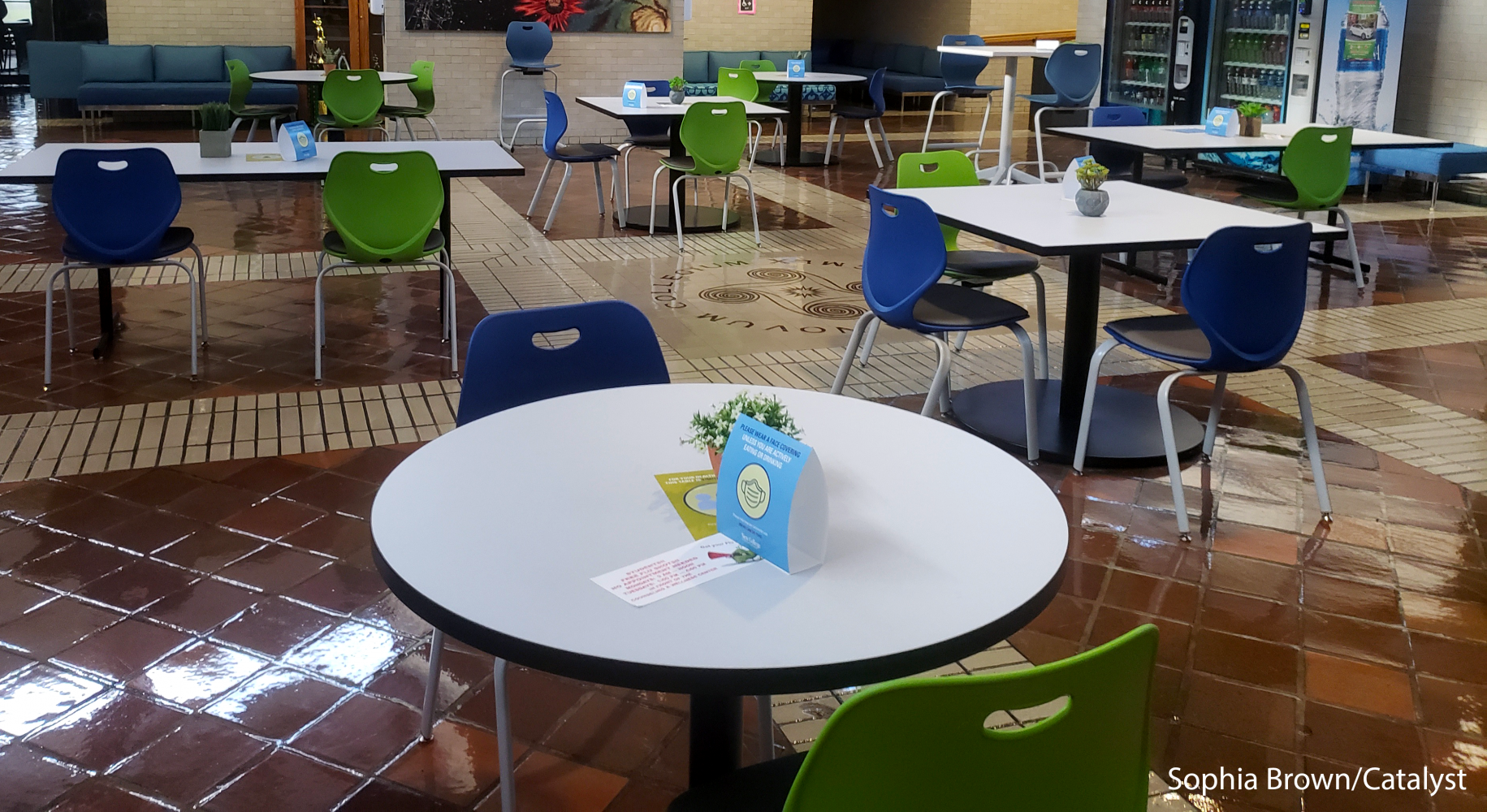 Instead of the a-la-carte system that has been the status quo for dining services at New College, Metz is planning on switching to an unlimited swipe-based meal plan for next year. Key financial details will be determined before the Board of Trustees (BOT) meets on June 5, 2021 to approve the plan, but the college is poised to bear the brunt of the financial burden, estimated around $1 million, instead of price increases for students.

Vice President of Finance and Administration Chris Kinsley said that he started hearing complaints about Metz Corporation’s food service at the start of 2021. Because of the pandemic, Metz cut back on hours, staffing and food options to save money.

“I knew there was dissatisfaction with Metz and I had heard from some of the students, in particular, Dominic Grijalva,” Kinsley said. “We sat down and I told him I would look into it myself. And I looked into it and found he had a lot of good points. I talked to a lot of people and found there’s been a long history of dissatisfaction with food service.”

Third-year Grijalva serves as the student food representative and fields a variety of complaints from students about food and the dining services, from food quality concerns to inconsistent service.

Metz replaced the previous food service provider, Sodexo, in 2014. Adriana Diaz (‘12) said in a 2019 Catalyst article that the food quality—and workplace morale—was much lower than with Metz.

“I remember they used to make the cashiers cry,” Diaz recalled. “There were two cashiers that would cry because of the manager, and she would still be working as a cashier. And students would be like, ‘What’s wrong, are you okay?’”

Because of the college’s small size, recent enrollment drops and the Coronavirus pandemic, Metz has not been able to maintain a contractually guaranteed profit. Because of the contract, New College gave Metz $180,000 in checks and commission forfeitures last December.

“If Metz was running a private business, either they would have cut down the options, just like they did this year with COVID: cut the staff, cut the hours—or ultimately, they would close,” Kinsley explained. “But the college has to have food service, so we have to bear the risk.”

In addition to bearing the risk associated with running a food service business on campus, the college will front the costs for the unlimited meal plan for the first year of the plan so that on-campus students will not bear any additional costs.

“The college is going to lose money,” Kinsley said. “We’re going to lose, guesstimate, a million dollars because the unlimited plan costs more than the declining value plan. It’s going to cost Metz more to offer meals, but every student who’s residential on campus will have an unlimited plan.”

“I really want to give credit to Chris Kinsley for recognizing that the business model for a food plan at a small college like this really can’t work unless it is subsidized,” Ruiz said. “I think it’s a very astute strategy that’s very student centered, because we’re asking a CFO to subsidize something that doesn’t make sense at the business end, but it makes sense on the student end.”

Kinsley was not yet sure where the money to subsidize the meal plan would be sourced from, but was confident that funding would be secured. The college may be able to spend money from the third round of federal COVID relief funding, which the US Department of Education first announced would be released on May 11, but Kinsley said that a lengthy review process to determine what the rules allow needs to happen first.

“Schools are being very cautious on spending the dollars,” Kinsley explained. “We’re spending it on the emergency student aid because that’s a lot clearer, but the rules on institutional funds—there’s a lot of rules and no one wants to misspend.”

Some updates to the internal structure of Ham center to accommodate the unlimited meal plan are also in order, but Kinsley said they wouldn’t make a huge dent in the budget.

“The changes will seem pretty minimal, in my opinion,” Kinsley said. “We’re not going to spend a lot of money, but there are going to be some physical changes to the layout, like where the cash register is positioned. We also have to think about ADA and bathroom access.”

While the college is tentatively planning on subsidizing the unlimited meal plan for the next academic year, the future of the program remains uncertain.

“The intent is that a student living on campus today will not see a net increase to their meal plan, so you’re going to get a really good value without having to pay anything more,” Kinsley said. “Now, can we sustain it out into the future? I don’t know. A lot depends on where enrollment goes. There’s so many variables, and the budget is always uncertain beyond the year, but we can definitely subsidize it this year.”

Grijalva also credited New College Student Alliance Sofia Lombardi and Associate VP of Administrative Affairs Christie FitzPatrick for their efforts on this project. He added that he is optimistic about future dining options, but expressed concern about emphasizing quantity over quality: an unlimited meal plan won’t benefit students much if the rice is hard and broccoli is overcooked.

“It does come from a good place, but just because it comes from a good place doesn’t mean it ends up in a good place,” Grijalva said. “I like where we’re headed, I hope we keep on this track. But, based on Metz’s track record at New College, I’m apprehensive to rest.”