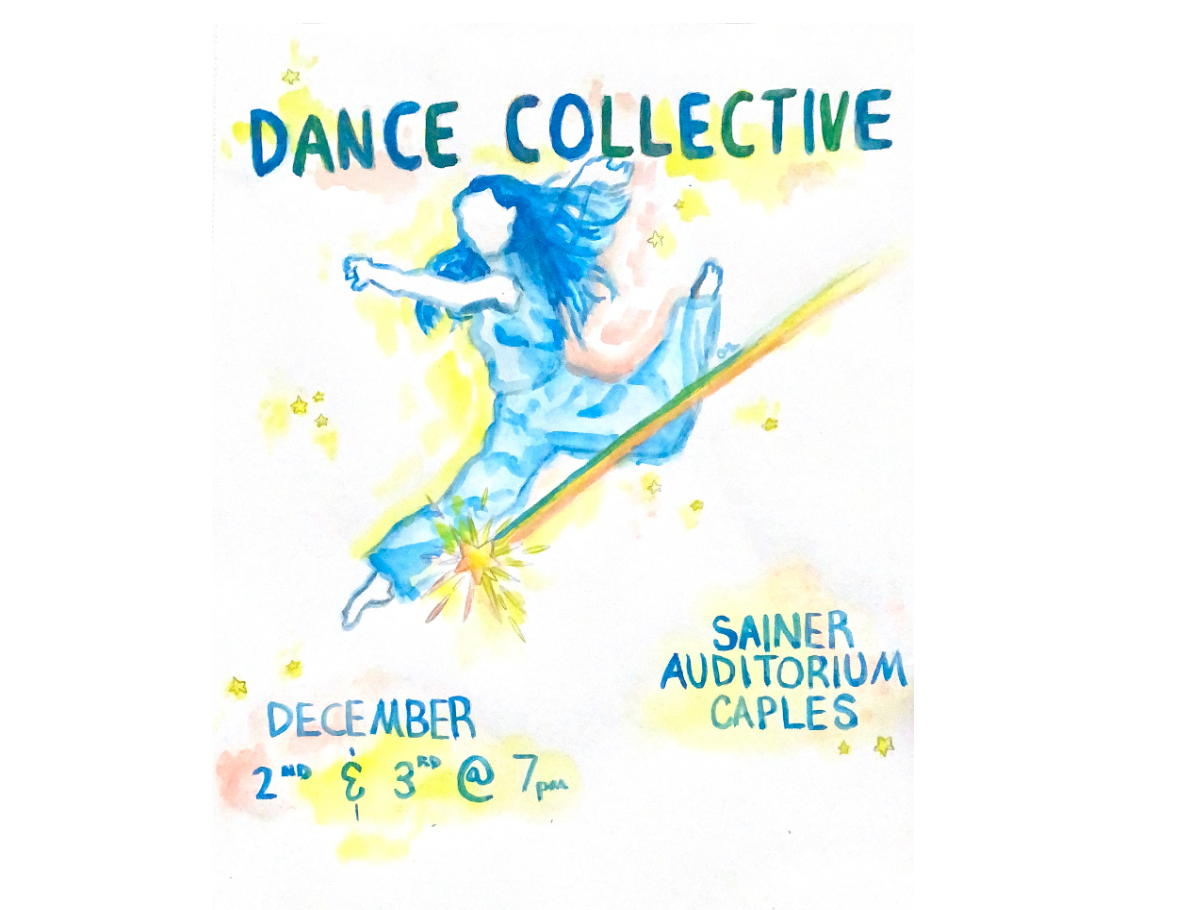 The Dance Collective Showcase flyer. (Courtesy of Gaby Batista, illustrated by a member of the Art Club.)

Among the oldest forms of artistic expression is dancing, and 6,000 years of human history have found a home in the Mildred Sainer Auditorium. Over the course of each semester, the Dance Collective club on campus carefully coordinates their namesake, Dance Collective Showcase—an eclectic assembly of choreography curated and coached by a small circle of admins. One of these admins—second-year Pablo Sarmiento—has helped lead the club’s Showcase events for one year already, and has offered to pull back the curtain on this important artistic outlet within the New College social sphere.

One of the prevailing challenges of arranging the Dance Collective Showcase are the gates that prospective dancers imagine exist—the pretense that one has to have any prior experience when proposing a performance.

“It’s a great expression platform for anyone that just wants to use movement as a way to express their emotions, and even non dancers—people that just started the very semester that they started college—to get an idea of how dance works and to show what they feel and just have fun, honestly,” Sarmiento said.

Opting into the Dance Collective Showcase is as simple as shooting an email to one of its coordinators at the start of the semester. After confirmation, an admin will discuss gym availability to practice and develop their unique performance with their team leader over the course of the semester.

Sarmiento is a firm proponent of the idea that there’s a dance in everyone.

“In dance, you have to adapt to your own body because it’s the card you’ve been given, so you adapt and overcome,” he said.

In the final two weeks before going public, each routine is shown to the admins to fine-tune and clear the performance for the Showcase. With that said, critique and chiseling of each performance is done carefully by each admin.

“We’re not here to be like Simon Cowell,” Sarmiento said. “We’re here to be constructive.”

Each admin in the club is a trained dancer fluent in their own style: second-year Lydia Ubry specializes in Broadway dance, second-year and Catalyst staff writer Christine “Red” Wehner specializes in flag dancing and Sarmiento has a long history with breakdancing. In addition to participating in Dance Collective, Sarmiento started his own Breakdancing Club during his first year with the hopes of sharing his passion with New College.

“I’ve been teaching people how to break,” Sarmiento said. “All the fundamentals: footwork, top rock, power, freezes—all of those areas and how to be the best breaker they can be. It’s open to all levels and I’m not critical of anyone. I literally want to help people learn this dance because I didn’t have any background in anything, so I had to start from zero.”

Sarmiento’s planned performance incorporates his breaking background with participation from the Breakdancing Club. In spite of turbulent weather courtesy of Hurricane Ian and Tropical Storm Nicole upsetting the pace of life on campus, choreographing and rehearsing this performance has gone on without a hitch.