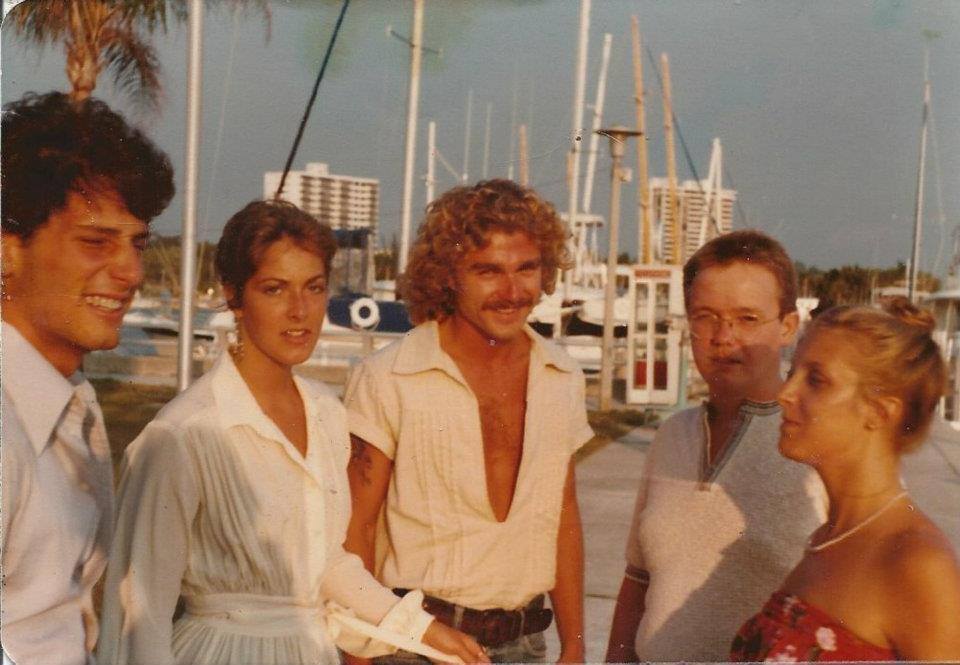 A graduating class circa 1980 participating in Grad Cruise. Photo courtesy of the NCSA Archives.

For time immemorial, Sarasota bay has seen New College students in all states of sobriety and celebration. But as the school changed with the passing decades, so did its festivities. With the majority of baccalaureate examination–or BACC dates–falling in late April or at the latest, May 11, thesis students often have little to do until graduation, but a lot to celebrate. While not a particularly old tradition, the Sunset Graduation Cruise–colloquially known as “Booze Cruise”–allows recently-BACC’d thesis students to let loose and enjoy the fruits of their labors. 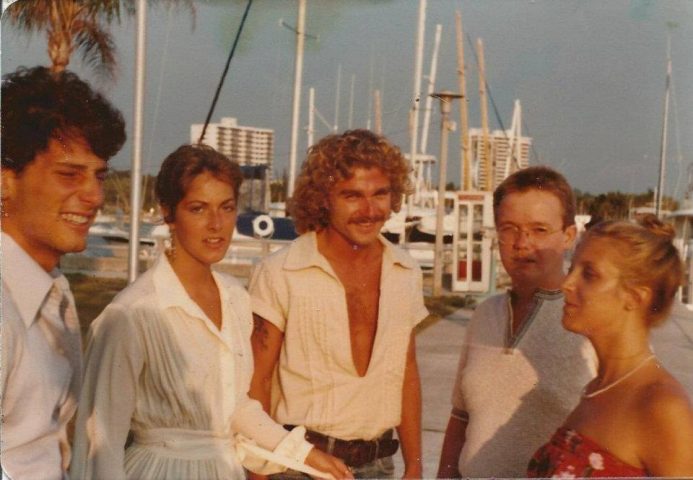 A graduating class is seen participating in Booze Cruise.

In a school with a host of unusual weekend and campus-wide events, the Sunset Grad Cruise is a party like no other. Funded by the New College Student Alliance (NCSA) out of a $9,000 graduation budget, the entire class of thesis students set sail in time for the sunset, enjoy the waves and drink with not only their friends, but a selection of professors invited on the cruise by popular vote. This year, Professors Aron Edidin (philosophy), Amy Reid (French language and literature), Carl Shaw (classics), Queen Zabriskie (sociology) and Jennifer Wells from the Writing Resource Center–a true aid to thesis students in distress–will join the cohort of 2014 on their aquatic adventure.

While the school does not fund alcohol for the cruise, students of legal age may purchase drinks aboard. As it has for at least the past two years, the event kicks off with snacks at the Keating Center, with shuttles running from Sudakoff so that students do not have to walk all the way from the residential side of campus. Afterwards, the graduates-to-be will load onto a bus bound for the Marina Jack Plaza downtown, where LeBarge Tropical Cruises launches from. On the cruise line’s website, they advertise a full bar, tropical decor and a variety of cruise packages. And yes, they affirm, the palm trees pictured on the top deck of the boat are real.

“I know literally nothing about Booze Cruise except for the fact that I am in charge of 120 drunkards,” Bernard said in an interview with the Tangent.

The Sunset Graduation Cruise tradition started in 2000, when then-student Brandi Lasch, staff member Alena Scandura and a committee of other students worked to plan the Graduation Cruise, sourcing quotes on different activities around town until they decided upon a cruise. In addition to the cruise, they planned other activities such as food options for commencement and a skate night at a local skating rink for the graduating students.

While the current iteration of the Sunset Grad Cruise has been going for about 20 years, alumni on the New College Daimon Facebook page remember older versions going back as far as the 80s, although some memories are clearer than others.

Over a post on the Daimon page, William Rosenberg remembered:

“We had a dinner cruise on the Marina Jack II in conjunction with graduation 1980,” Rosenberg said. “As I recall, a number of us drunkenly waved up at the cars waiting at the open drawbridge as the boat passed under.”

Mike Campbell, another alum, remarked on a cruise in the early 2000s.

“I have a vivid (and surreal) memory of arguing with the woman in charge of the cruise, who was ready to cancel and return to shore in response to some spontaneous, brief and clearly unsanctioned nudity,” Campbell said over the Daimon page.

More recent alumni have fond memories as well, but none of them were suitable for print.

Interviews edited for grammar and clarity.