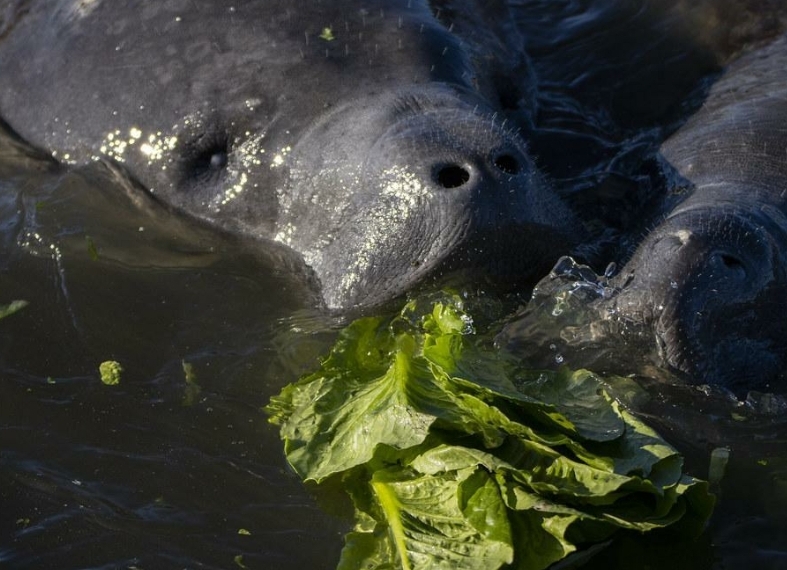 This brief serves as an update on last semester’s feature on manatees and their alarming mortality rate. Since November, local advocacy groups are rushing to expand the public’s knowledge and to increase awareness. Manatees are essential to Florida’s unique aquatic ecosystem: they act characteristically as cows of the ocean, grazing and promoting plant growth. Many threats stand in the way of restoring the manatee population, one of which the Defenders of Wildlife emphasize may hit the species hard long-term—the lack of warm springs. Many of the natural springs in Florida have been lost due to underground pumping for development or are left dry after the installment of dams.

“At the same time, we’ve built electric power plants and other structures that produce artificial sources of warm water, and many manatees (over 60% of the population) have learned to rely on these outflows to provide warm water habitat,” the Defenders of Wildlife wrote. “Whether natural or man-made, manatees depend on warm waters to spend the coldest days of winter.”

Pollution as a result of development has contributed immensely to the destruction of manatee habitats and food sources, mainly sea grasses, leading to the large-scale decrease in manatee numbers in 2021. The purpose of this update is to bring good news—the Florida Fish and Wildlife Conservation Commission (FWC) reported that their efforts to feed manatees on the east coast 20,000 pounds of fresh lettuce weekly has been showing signs of success.

“This year there have been 261 manatee deaths in the state, according to FWC data updated Feb. 11,” CNN reported.

The past couple winter months have been harrowing for the manatee population but as more reports come in of positive responses from the feeding efforts, hope grows.

What can the public do to assist in these efforts? Simply follow the rules in place that protect the manatees: do not touch, feed, or interact with the wildlife, obey boating speed limits and no-wake zones.

Those interested in aiding these efforts can donate to the Defenders of Wildlife and their efforts or to the Florida Fish and Wildlife Foundation.