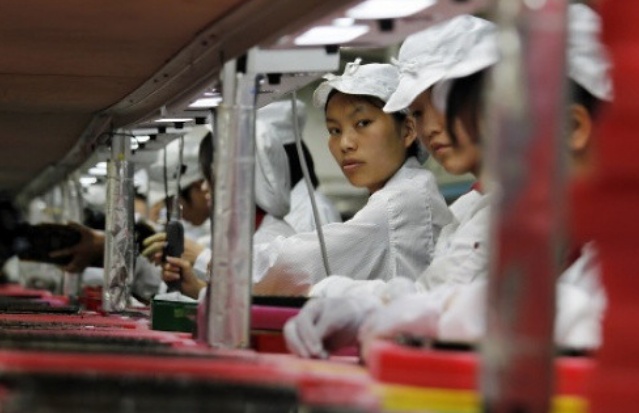 Factory workers at the Foxconn iPhone manufacturing plant in Zhengzhou city in China have accused the company of delaying bonus payments and not providing quarantining employees on factory grounds with adequate food. Photo courtesy of Flickr.

Nov. 23, on the tail-end of Black Friday and with the holiday season fast approaching, Foxconn—the world’s largest contract electronics maker—was hit with a riot led by hundreds of protesting factory workers. Chants from employees of,  “Give us our pay!” grinded the usual bustle characteristic of this time of year to a halt, both stunting the monthly profit of this manufacturer and calling the integrity of their COVID-19 policies into question.

While footage of this protest that was initially uploaded to the social media website Kuaishou was quickly taken down—for which Kuaishou offered no comment—this footage reportedly depicted protestors smashing windows and security cameras. Protestors were also shown being surrounded by people in hazmat suits, some wielding batons and others deploying tear gas.

The protest occurred at a Foxconn-owned iPhone manufacturing plant located in Zhengzhou—a city in China. Foxconn is Apple’s largest iPhone maker, accounting for 70% of iPhone shipments globally, and most of those phones are made at the Zhengzhou plant.

Foxconn is facing accusations from employees of delaying bonus payments. Additionally, protestors claimed that Foxconn had forced employees to share dorm rooms with colleagues who had tested positive for COVID-19, and that those kept in quarantine on factory premises were not provided with enough food.

Because the company has a closed-loop policy which requires staff to work and live on-site, isolated from the wider world, many are viewing this protest as a result of built-up frustrations over China’s strict zero-COVID policy.

Foxconn has denied all accusations and, as reported by Reuters, has said in a statement that all payment contracts have been fulfilled and that “reports of infected staff living on campus with new recruits were ‘untrue.’”

“Regarding any violence, the company will continue to communicate with employees and the government to prevent similar incidents from happening again,” Foxconn said in the same statement.

However, Foxconn did not come away from this protest unscathed. November revenue for Foxconn totaled to 551.1 billion new Taiwan dollars, or $18.05 billion in American dollars, which is 29% down compared to their October revenue and projected to have been caused both by a COVID-19 outbreak on the premises and worker unrest.

“The disruptions may shift some iPhone sales into the March quarter from the key holiday quarter,” Reuters reported. “Wedbush Securities analyst Daniel Ives said he expected the shutdowns to cost Apple about $1 billion a week in lost iPhone sales.”

Additionally, the Zhengzhou plant reportedly employed about 200,000 people before the protest, and that since then, “former workers have estimated that thousands fled the factory campus” according to The Guardian. In response, Foxconn has attempted to retain staff and attract more workers by offering bonuses and high salaries.

In terms of China’s COVID-19 policies, the nation has recently taken some steps to relax its iron grip—as of Dec. 7, people with COVID-19 who have mild or no symptoms are now able to quarantine at home. And while a full rolling back of zero-COVID policy is likely to take several months, it is theorized by many that these relaxed regulations are in response to nationwide protests like the one at Foxconn.