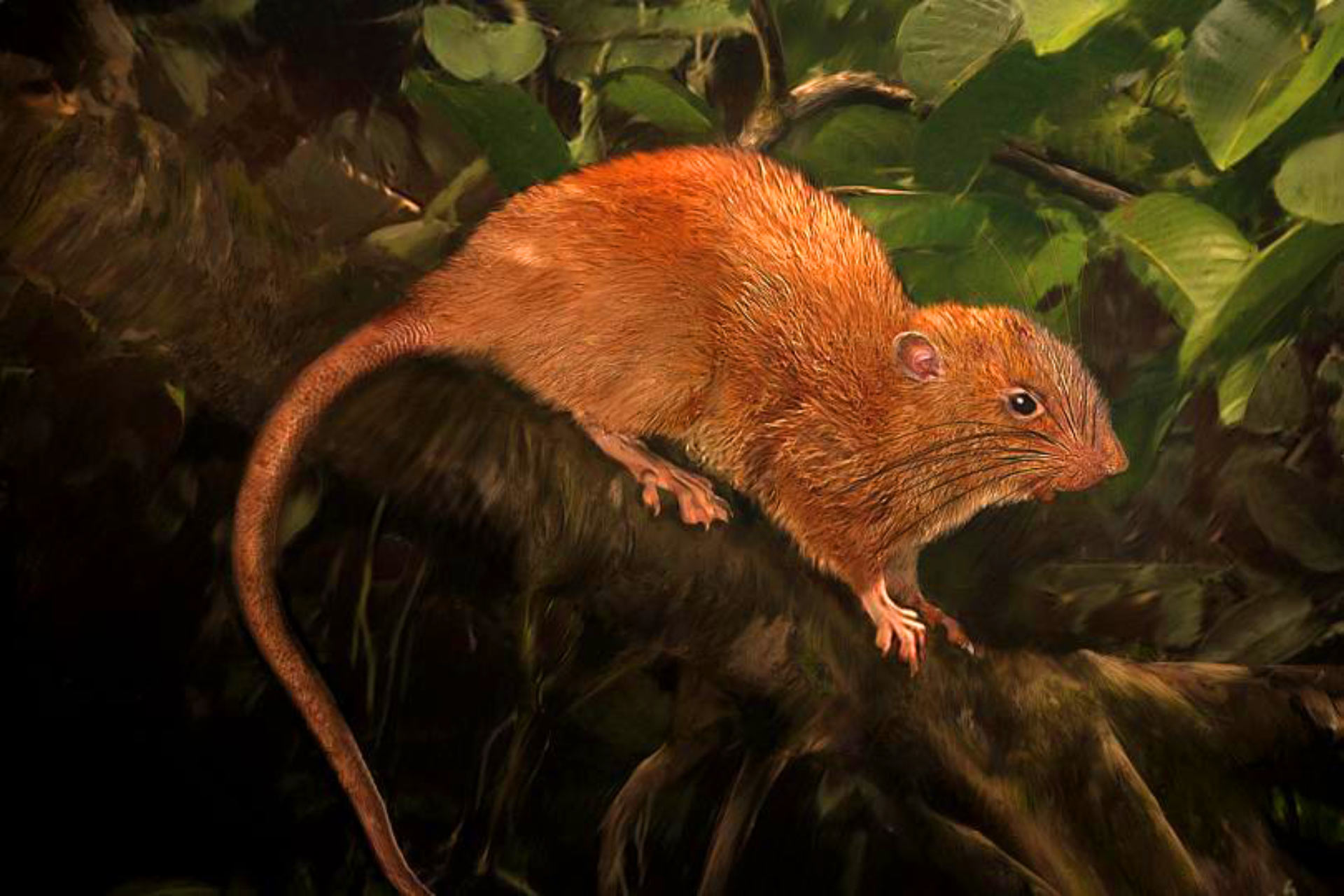 What lives in trees, is a foot-and-a-half long, can punch holes in coconuts with its teeth and has eluded mammalogists for two decades?

For all of the aspiring naturalists out there, the answer is the newly discovered Uromys vika, a species of giant rat whose existence has been rumored but never scientifically confirmed until now. Captured from a commercially-felled tree on Vangunu Island, it is the first new rodent to be catalogued on the Solomon Islands in 80 years.

The sole specimen to have ever been apprehended, the rat was photographed but died in captivity a few days later due to injuries sustained during its capture. After burial in a stone tomb, its remains–at that point decayed to the point of skeletal–were excavated, flown to the Queensland Museum and then examined by mammalogist Tyrone H. Lavery, a PhD student who had been trying to find this rat since hearing stories about it from residents of Vangunu in 2010. It resembled rats native to the surrounding islands, but had several key morphological differences including a shorter maxillary tooth row and shorter incisive foramina. Additionally, molecular analysis provided enough evidence for recognition of a distinct taxon.

Many different species of rats live in the Solomon Islands. While most locals can discern between Rattus exulans–which has lived in the Solomon Islands for an estimated 2,000 to 6,000 years, and is known as kutu in the Marovo and Vangunu languages–and other native rats, younger generations have a harder time differentiating native rats from the more recently arrived Rattus rattus. The rat identified by Lavery is called vika by the locals and while older generations have seen the it before, almost none of the younger generation had seen one. Vika is elusive, which makes casual rat identification difficult for younger residents of Vangunu, especially as logging identifies and more species are threatened.

As of now, U. vika is categorized as “critically endangered” due to its low population density, narrow range of habitat and the rapid spread of logging on Vangunu. Lavery urges community-led conservation efforts, which landowners of three tribal areas in the Vangunu Caldera have expressed support for. However, outside parties seek logging rights to parts of the land and it is feared the any more destruction of habitat could be irreversibly detrimental to this species.

Information for this article was gathered from washingtonpost.com and The Journal of Mammalogy.