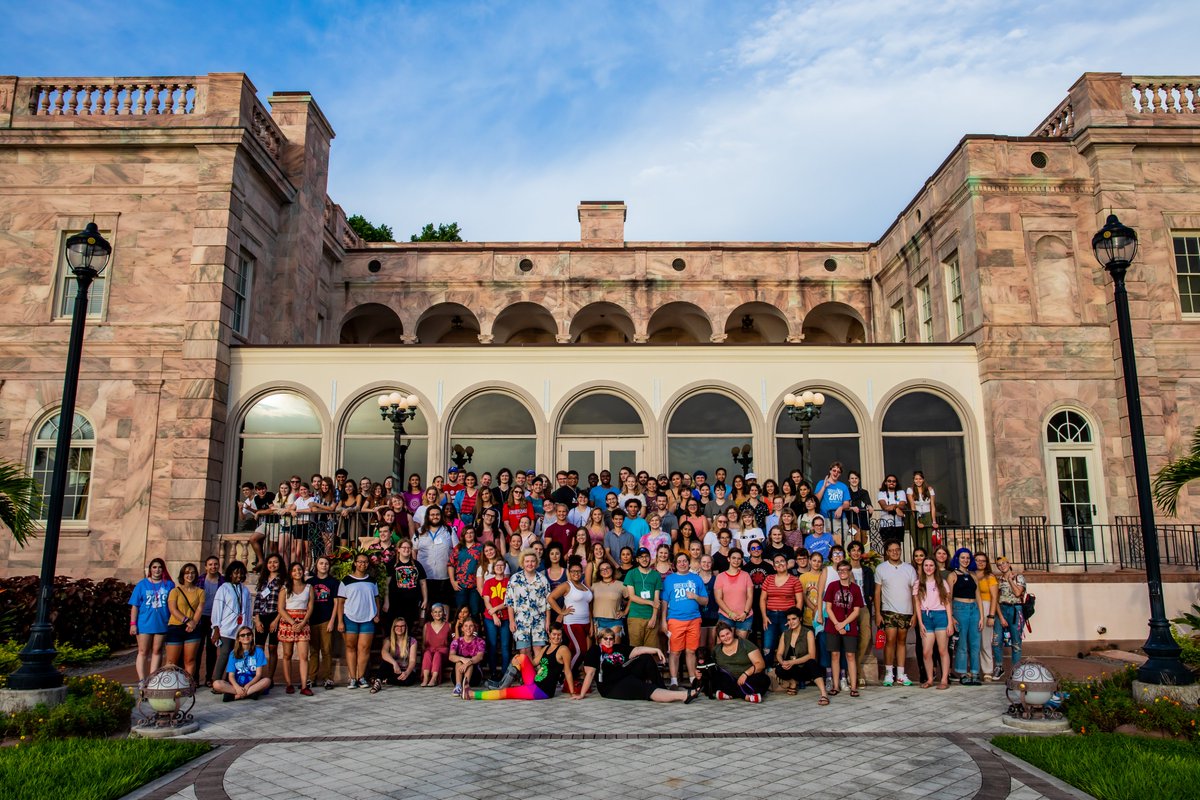 First-year Aidan Monroe first heard of New College in middle school after finding an NCF t-shirt while helping his mother fold laundry. The average student may start to form opinions on colleges once they tour campuses, research SAT score requirements or take advice from counselors. But for Monroe, thesis-student Amaranth Sander and graduate student Ashley Brockway, their journeys to New College begin at home.

Monroe spoke fondly of his mother Kama Monroe (’89) as he recounted a story from her college years—when her roommate invited a series of people into their dorm during a Wall and raided his mother’s stash of Jell-O. He admitted it created a different perception from what he has experienced on campus thus far. Even so, Monroe praised the close-knit environment of New College and what he described as its “aura.”

After Monroe discovered the t-shirt, his mother continued to recommend New College whenever the topic of college came up. She barreled forward into law school after graduating from NCF, but Monroe knew that he wanted to attend a school with the same sensibility of his smaller high schools.

“One of the big reasons why I ended up picking New College was actually the creative writing classes here,” Monroe said.

Monroe knew that a laid-back and community oriented college would best suit his needs, but when it came to academic opportunity, New College had more to offer. Plus, Monroe understood that communities change over time, and the student culture that his mother had described wouldn’t be exactly the same.

“By the time we got here, she couldn’t really walk around the place because everything had changed,” Monroe said.  “And as a result, part of the advice and selling points she gave me about the dorm life has kind of been salted.” Even so, Monroe made a new selling point for himself out of the academic opportunities NCF provides.

Sander has a similar origin story. From the moment they spied New College between the pages of Colleges That Change Lives by Loren Pope they knew that New College would be their destination. Never one for large traditional universities, Sander submitted applications to four different liberal arts colleges.

“I didn’t even consider actually going to them,” Sander confessed while talking about the three other colleges. “New College was my only choice—it was the one.”

Sander’s aunt, Laurie Dils (‘80), graduated from New College with an AOC in Political Science, and finished graduate school with a Masters in Public Health. She now writes sex education policies for Washington state. Knowing about their aunt’s academic achievements, Sander’s perception of New College before they got here was that it was a place that students went in preparation for graduate school. “Hippie school” aside, Sander knew that New College would lead them to success.

“I feel like I was so prepared to come to New College,” Sander said, reminiscing on their first semester at NCF. “The week after orientation week so many people were like ‘You’re not a first year, you know what’s going on. You seem like you got it.’ Part of that is my family and the environment that I had growing up.”

Graduate student Ashley Brockway is now pursuing a degree in data science. This is her fifth consecutive year at New College, following in the footsteps of her father, Paul Brockway, who was a student from 1980 to 1985. Growing up in Gainesville, Brockway dipped her toes into the traditional university lifestyle in high school when she dual-enrolled at the University of Florida (UF). Brockway was tempted to attend a college close to home, but she was disappointed in a lack of what she described as “academic velocity” at UF.

“I really did not enjoy how sterile it was to sit in a 400-person lecture and how you couldn’t have a real conversation in your classes,” Brockway said. “No matter how hard you try, your professor more than likely won’t remember you until you’re a junior in college.”

None of these students described feeling pressured by their parents (or aunt, in Sander’s case) to attend New College, but each of them felt the reminder that this unique institution existed. Unlike most students without alumni in their families, Monroe, Sander and Brockway had all been familiar with New College from a young age. Brockway remembers riding by New College campus at five years old. Of course, no one is obligated to go to a college just because of where their parents went. Instead, New College met the standards of these students independently from their parents’ recommendations.

Brockway was captivated by the concept of forming bonds with faculty, something UF had not offered. Brockway grew up surrounded by stories featuring some of NCF’s most talented and prominent faculty. Peggy Bates – the famed resident of Pei’s First Court which now shares her namesake – was her father’s first advisor and even invited him and others over weekly for tea. Coming to NCF also served to strengthen her bonds with her own father.

“He would also say that there’s not just one type of New College student, there’s individuals striving to be the most themselves they can,” Brockway said. “In such a small place you can feel like there’s one defining aspect to the culture, but there’s actually none that define the culture.”

Brockway was unexpectedly assigned to spend her first year at NCF in the same Pei Third Court dorm that her father lived in, and she describes it as a “very special and shared experience.”

“I don’t think anyone’s ready to go to New College,” confessed Brockway. “But I do think having him made me feel a lot better.”

New College continues to attract people over the generations for a reason. Regardless of outside perceptions, NCF has a unique and challenging academic system, a tight-knit social dynamic and an irreplaceable and immensely skilled faculty that drew people in then as it does now.