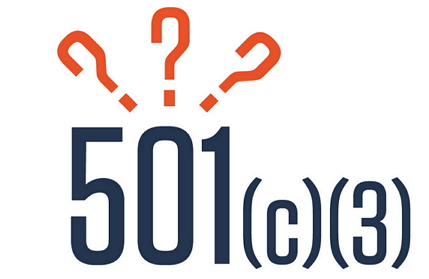 From resident advisor (RA) events stocked with snacks, to the community Ham card present at the end of the semester, efforts to alleviate student hunger have often ran into complications. However, after a long process, a more permanent solution has been found: the food pantry, to be located in Searing “X” Residence Hall.

College is expensive and most students are keenly aware of financial instability, be it their own or a challenge faced by close friends or peers. An Ohio State University (OSU) study found that 70 percent of college students surveyed said they had concerns about finances, 60 percent worried about costs of tuition and 50 percent felt uncertain about their ability to cover day-to-day costs of living such as transportation and food.

New College is far from an exception to this problem–surveys found that 88.7 percent of respondents had gone without food at least once in the previous semester and 95 out of 97 knew someone enrolled at New College who did not have enough food for themselves. 82 percent of the respondents agreed that the school needed a food pantry.

For four years, students concerned for the welfare of their classmates have tried to create an on campus food pantry. Navigating the hurdles of bureaucracy, funding distribution, health codes and gaining 501.3 (c) status made the task harder than it first appeared. In 2016, students attempts to create a food pantry came the closest to fruition they had ever been but due to administrative changes in Housing, the plans were shelved for a time of greater stability and less institutional change.

New College Student Alliance (NCSA) president Ximena Pedroza led the most recent push to alleviate food scarcity on campus. In an interview, she discussed her efforts over the past months.

“It was over five months of bureaucracy,” she said with a laugh. “The first thing is that no student organization has 501.3 (c) status.”

One of the greatest challenges to the food pantry was gaining 501.3 (c) status, which is necessary to prove that an organization is not distributing donations for resale. Only the New College Foundation, the New College Child Center and the school itself as a not-for-profit organization actually have this status. Past approaches involved trying to partner with the New College Foundation, one of three on-campus institutions with 501.3 (c) status, in order to operate the food pantry under their umbrella. As an added benefit to this approach, alumni interested in donating would have been able to make contributions through the Foundation. This partnership did not come to fruition due to legalities of shared accounts and the fact that the Foundation’s mission is focused on scholarship.

When plans with the Foundation fell through, Pedroza contacted the Peace, Education and Action Center at Fogartyville, which responded immediately. An additional partnership with the Food Bank of Manatee allowed for joint efforts and distribution.

Formal bureaucracy over 501.3 (c) aside, additional institutional hurdles remain, including passing health inspections and ensuring community support and participation. In the coming months, volunteers will be elemental to the success of the project–everyday cleaning in order to meet health code standards, inventory monitoring and weekly restocking runs to the Manatee Food Bank are a few activities that need student engagement for success. Additionally, the creation of a steering committee–including staff, faculty and student voices–adds roles for passionate students interested in getting involved.

The food pantry is open to students, faculty and staff, with the purpose of providing short-term relief to those under financial strain. After gaining entrance via an encoded identification card, those using the food pantry can anonymously sign out what they need, allowing volunteers to keep track of inventory and anticipate demand for more popular items. Student access is 24-7 and once a week, volunteers monitoring the space will open it up to the broader community. A proposed partnership with a local farmer’s market and the Newtown community garden would help stock the food pantry with fresh fruits and vegetables.

The first food drive of last week brought in lots of items, engaging and informing students about the impending opening of the food pantry. With the NCSA’s donation of a refrigerator and the successful pest inspection of X dorm, the food pantry moves closer to offering assistance to not only students, but the broader New College and Sarasota-Manatee community.

Information for this article was gathered from time.com and the New College of Florida Food Pantry Initiative document of July 2017.