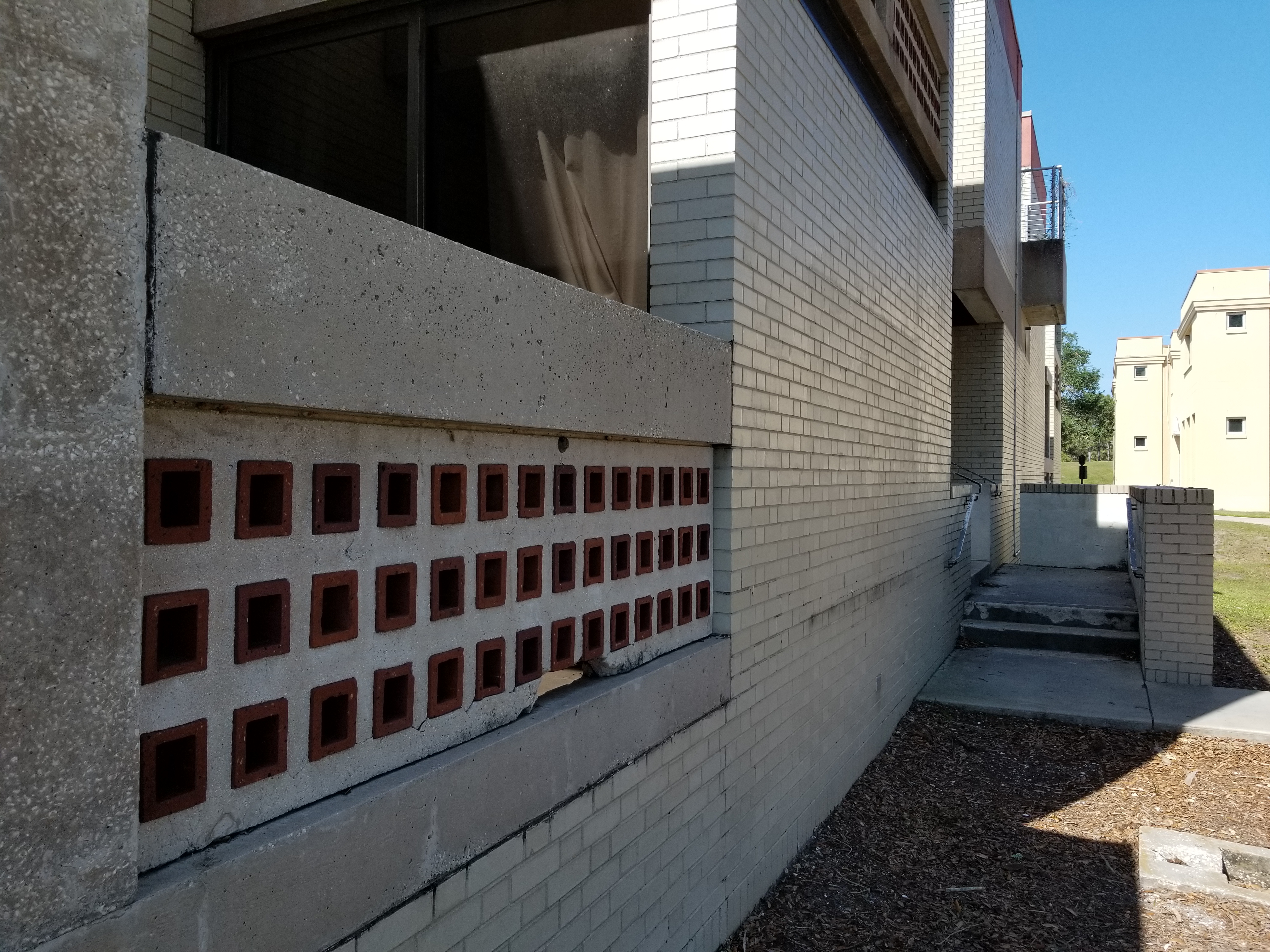 Of the three Pei courts, First Court is the most lacking in amenities. Second Court has a laundry room, and both Second and Third have lounges. What does First Court have? Water damage.

“Our oldest residence hall obviously has some areas we want to improve upon,” Senior Associate Dean of Student Affairs Mark Stier said. “We have people working on plumbing, bathrooms, walls, the floor—the whole nine yards. Hopefully we’ll have those [rooms] back online by August.”

Serious water damage was found in two First Court dorm rooms. The dorms, one directly beneath the other, were shown to have damage on the floor and roof. The Physical Plant Department is taking action to repair this damage, but the dorms have been taken offline for the remainder of the semester. The rooms being renovated will be brought up to the standard of quality found inside the Third Court rooms and will be opened next semester.

“The style of construction has some shortcomings,” Director of Facilities and Construction Alan Burr said. “It allows water to infiltrate the building where the sliding glass doors and the floor meets. There’s a construction joint that the water gets in and goes in to [below the floor].”

The budget for the renovations is $180,000, which includes the cost of design as well as construction. The modification of the balconies to prevent this water damage from occurring is very expensive, and a full-scale renovation of every balcony in First Court is far outside the Physical Plant’s current budget. The refurbishment of Third Court that occurred in 2014 cost approximately $2 million. Furthermore, the modification to the balconies made to stop water from infiltrating the interior of the building was not universally successful, with several of the Third Court balconies still vulnerable to water damage. The fix being used for the First Court rooms is new and, so far, successful. Four rooms are being officially worked on, which Stier hopes to increase over the summer. Plans for fixing the other balconies of First Court are not concrete, however.

“We’ll go after the other [rooms] that have water damage first,” Burr said. “We’ll address the other ones when we have the resources available, probably whether or not they fail. It’s just a matter of when, we think.”

Water damage in rooms is not the only issue that many students have with First Court. Mold is a major concern for students, so much so that it was brought up at the New College Student Alliance (NCSA) presidential debate on Apr. 9.

“We get reports of mold from time to time,” Burr said. “A lot of times it is in the bathroom, and it is the result of not cleaning the bathrooms. If you don’t clean the shower once or twice a month, some mildew or mold can develop.”

The Physical Plant has not noticed any mold that poses a serious threat to the health of any of the students in any of the rooms currently online. However, the presence of mold has been considered by administration before.
“We have this discussion every year,” Stier said. “Every time it’s brought up we bring out an outside consultant to test those areas. Florida’s Florida; you’re going to have some mold and mildew level no matter what. No room on campus, no house, not anywhere [is free of mold].”

The consultant, who the school keeps on retainer, tests for mold and if there is shown to be a hazard, Stier assures that the school will take immediate action. If the problem goes beyond what the Physical Plant can address, the school will bring in an outside contractor capable of performing the needed repairs.