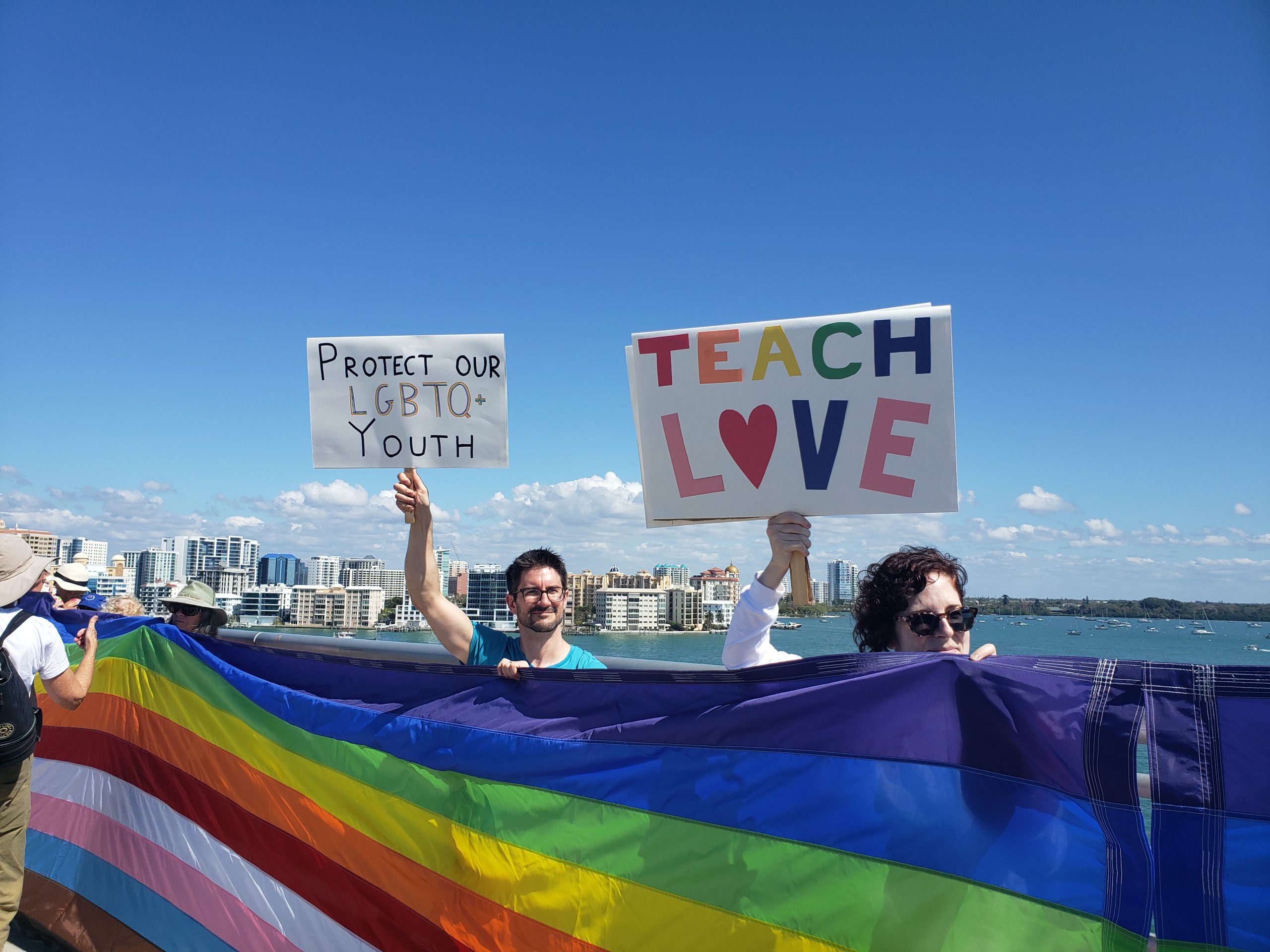 This recent legislation in Alabama mirrors Florida's own recently-voted upon "Don't Say Gay" bill, which was also met with community protest.

Two families with transgender children along with two physicians sued the state of Alabama on Apr. 12 in opposition to the state’s laws which will make it a felony for doctors to issue any sort of treatment for transitioning medically—including hormones, puberty blockers and gender-affirming surgery. This follows Florida’s institution of the “Don’t Say Gay” bill, as well as several states making it required for students to use restrooms corresponding with their birth sex.

This law shows a trend in Republican legislators trying to criminalize, alienate and oppress queer youth. The two separate bills were signed into law Apr. 8 by Alabama Gov. Kay Ivey and will go into effect May 8 unless blocked by the courts. Ivey evoked religion at a campaign stop on Apr. 12 when asked about her reasoning for signing the bill.

Republicans continue to spout rhetoric that decisions on gender-affirming surgeries and treatments should wait until adulthood—which can put transgender youth in direct danger from external sources and from a mental health standpoint. Multiple studies have shown that suicide rates in trans individuals tend to be higher, but with proper medical and social transition, these risks can be significantly lowered.

A lack of medical transition treatments means it is a lot harder for trans people to become authentically socially integrated. For example, these laws have been called out for indirectly making it so that trans people can not get their driver’s license until adulthood if they want their license to properly reflect who they are. Without proper social integration, trans individuals are put at a higher risk for violence against them.

“A survey from the National Centre for Transgender Equality found that 32 percent of trans people surveyed who had used IDs that did not match their lived gender had suffered either harassment or attack,” The Independent reported.

“We can’t get an ID that allows us to navigate the world safely unless we get some form of health care,” Senior Counsel for the Transgender Legal Defense and Education Fund (TLDEF) Gabriel Arkles told The Daily Beast. “And then we can’t get access to health care because they literally want to make it a felony.”

Arkles explained that the DMV requires some form of gender reassignment surgery in order for trans individuals to have their license reflect their lived-gender. The language used is vague and can be interpreted in different ways depending on the DMV employee issuing a new license.

With every road block from an unsympathetic legislation, comes push back from the people who will actually be impacted by what is signed into law. That’s where the lawsuit against the state of Alabama comes in. Both transgender people and physicians are furious about this law, as not only does it create negative effects for trans individuals, but doctors who violate the law would be punished by up to 10 years in prison.

Plaintiff Mary Roe (name used in the lawsuit to protect the plaintiff’s identity) is a 13-year-old transgender girl who is accepted as a girl by her community, including her school and church. She began taking puberty blockers in 2021 and the lawsuit cites her being forced to go through male puberty as something that would completely emotionally destroy Roe, and would alienate her from her community as it would completely out her.

There are currently two lawsuits happening, one with The Southern Poverty Law Center, the Human Rights Campaign, which is a national advocacy group for the LGBTQ community—according to AL.com—representing the families, and another with the physicians who provide for the families representing them.

Trans people, alongside their friends and family, continue to advocate for themselves and hope that one day their lives will not be a matter of political debate. Even if this law is only in Alabama for now, as with a lot of laws on LGBTQ+ rights, they seem to have a domino effect once signed into law. With midterms around the corner, there is hope that more understanding administration will be voted into office—in Alabama, Florida and everywhere.