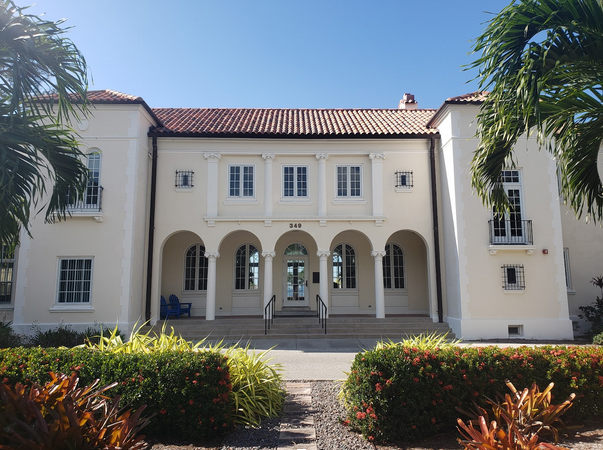 An exterior shot of Cook Hall, where the Provost's office is located. Photo taken by Sophia Brown.

The end of each semester is marked by emails from the Provost’s Office to students, asking them to fill out Instructional Evaluations—to share their thoughts on the content of their courses and the helpfulness and accessibility of their professors. Students are highly encouraged to fill these out each semester in order to provide feedback to the administration on their academic experience—but less information is freely given about the periodic Calls for Letters sent out about specific faculty members. Why write these letters, what are they used for and how can students contribute to further shaping the academic opportunities on campus?

Multiple “Call for Letters” emails are distributed to the student body each semester whenever a professor is being considered for a promotion or for tenure, Provost Suzanne Sherman explained during an interview.

“It’s such an important decision about, ‘Yes, we endorse having this faculty member here at New College for the rest of their career,’” Sherman continued. “That’s quite a commitment that the college is making to that faculty member, but it’s also based on the knowledge that that faculty member is also committing to the college. Not necessarily that they won’t move or get another position somewhere, but as long as they’re with you, they’ll be fulfilling all the aspects of the job well.”

The process of determining whether a faculty member will be promoted or tenured is a long and comprehensive one, and primarily involves the Provost Advisory Committee (PAC). The PAC is always in flux—for example, this academic year there are two distinct PACs while last year there were three—and the members themselves change every two years. All faculty members must stand for election to the PAC, and according to Sherman, to be elected shows that “your colleagues trust your judgment.”

From there, a different vote, review or evaluation is conducted almost every year for every tenure track faculty member. They’re off the hook for the first year, but for the second year, the PAC reviews the Instructional Evaluations that the faculty member has received thus far and provides feedback for three primary categories: Teaching, Research and Service.

Then, during a faculty member’s third year, they are subject to a retention vote from members of their division which will allow them to remain retained for the next specified number of years. In their fourth year is another PAC review, which Sherman referred to as the “pre-tenure review,” as it is the last opportunity to receive any feedback on their performance.

Finally, during their sixth year, faculty officially come up for tenure consideration, although Sherman remarked that many faculty were instead coming up in their fifth year this time around.

“The mandatory year usually to come up for tenure is the sixth year, although we made an allowance for faculty who were working towards tenure and promotion during COVID-19, so that they could have an extra year if they wanted it,” Sherman said. “Instead of taking an extra year, a lot of the faculty decided to go up early.”

This final round of voting to determine if a faculty member will be tenured involves a vote to measure that person’s performance in the categories of Teaching, Scholarship and Service as well as a composite vote. This is where the letters that students are asked to write for these faculty members are especially valuable—all faculty are given a file of the tenured member’s letters, which are read by the PAC, the Division Chair, the Provost, the President and finally the Board of Trustees (BOT), who makes the final decision on tenure cases.

This means that the feedback students are able to provide in these letters can play a significant role in determining the qualifications of faculty members for promotion, and can even ensure that they will continue to teach at New College for the foreseeable future.

“The point is that if you feel like you have something to say about a faculty member, something that would suggest that either they should get tenure or they shouldn’t get tenure, from your own experience, we want to hear about it,” Sherman said.

Unlike Instructor Evaluations, letters sent in response to Call for Letters emails cannot be anonymous. The PAC will only accept either signed physical letters, a signed letter scanned at attached to an email to the Provost Office in PDF format or an emailed PDF with an electronic signature.

In terms of what material should be included in these letters, Sherman said that the PAC is looking for information about the quality of the classroom experience, the faculty member’s qualities in teaching, organization, helpfulness or any other quality that speaks to their role on campus.

“The same kind of things that you would put in the Instructor Evaluation at the end of the course, but something more thoughtful,” she elaborated. “Or sometimes you just might know one thing about the faculty member, you had one interaction. Or maybe this faculty member sponsors the club that you’re in. Obviously in a community like ours, there’s many different ways you might have had an interaction with someone.”