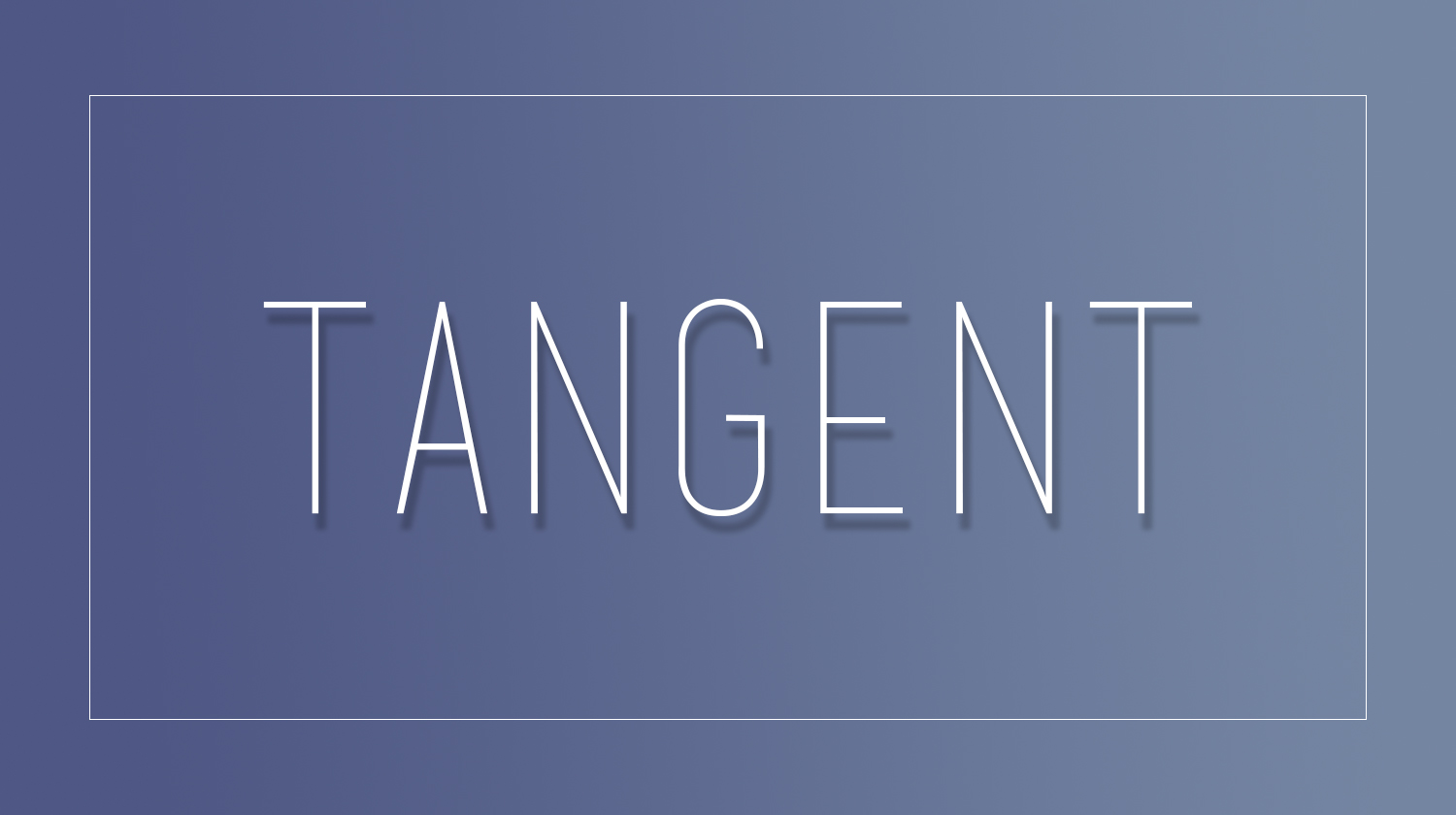 From Mickey Rooney as Mr. Yunioshi in Breakfast At Tiffany’s to Scarlett Johansson in the 2017 live-action version of Ghost in the Shell, Hollywood has a long and abysmal track record of miscasting White actors as East Asian characters.

One reason producers cite for not casting east Asian actors is the lack of big names to attach to a production. This excuse often extends to films with other minority leads. However, the numbers show otherwise. Black Panther featured an almost all-Black cast and soared to just under the $500 million mark in under a week since its release on Feb. 16. Hollywood Reporter writer and former NBA player Kareem Abdul-Jabbar wrote of the movie’s impact: “For many, Black Panther is an ethno-sensitive weather balloon being released in the pop cultural atmosphere to test which way the financial winds are blowing.” Meanwhile, Ghost in the Shell flopped at the box office–grossing 169.8 million–and drew wide criticism. Evidently, the winds are nearing gale force and moving in a very particular direction.

Altered Carbon, a new Netflix original series, features a Blade Runner-meets-Black Mirror science fiction aesthetic, a racially and ethnically diverse ensemble cast of major and minor characters, dynamic women who reshape the plot, and–most contentiously–a White man playing the east Asian lead. In a future where humanity left Earth to colonize other planets, a widespread alien technology allows people to download their entire consciousness into computer chips called “stacks” located at the back of the neck. Because of this technology, human beings are downloadable, bodies function as interchangeable commodities and the ultra-rich choose to live forever at the expense–financial and bodily–of the poor.

Several centuries after participating in a uprising, the protagonist of the series, Takeshi Kovacs, is “resleeved” in a new body in order to solve a crime. While Kovacs’s original body was Japanese (in flashbacks, the character is played by Will Yun Lee and Byron Mann), the “resleeved” body he wakes up in is White (played by Joel Kinnaman). While this detail is consistent with the plot of the book–written in 2002 by Richard K. Morgan–and becomes plot-relevant later, the internal workings of the show consistently shy away from handling race. The closest it comes is one comment by Kovac’s sister (played by Dichen Lachman) that his next “resleeve” ought to be a little less “gaijin”–a Japanese word referring to a usually Caucasian foreigner.

As a result of this casting choice, the first face seen in marketing materials for the show is that of a White man–hardly noticeable against the backdrop of a homogenous genre. Additionally, because the visual medium of film emphasizes physical appearance, viewers may be more likely to think of the character as White, despite the name and frequent flashbacks to the character’s past. Even without straying from the original novel’s body-swapping plot, myriad visual strategies exist for depicting things that exist as one thing and are outwardly seen as something else. While the transition from prose to film complicates this, it’s possible–as any film depicting fantastical or science fiction elements such as invisibility, à la Harry Potter’s invisibility cloak–essentially a CGI bedsheet–or body-swapping, like the voiceovers in Freaky Friday handles this.

For an inside perspective on the industry, the Tangent interviewed J. Elijah Cho, a Tampa native and Los Angeles resident, who works as an actor and writer. He has appeared as Wonderboy in AMC’s 80’s period drama Halt and Catch Fire and in White Rabbit Red Rabbit, covered in a previous issue by the Catalyst. Mr. Cho also wrote and performed a one-person play titled Mr. Yunioshi examining the controversial Breakfast at Tiffany’s role played by Mickey Rooney and larger themes of representation in casting.

[This is where the interview begins]

On whether or not to watch Altered Carbon:

“I think that there’s enough TV and movies coming out that you don’t have to actively boycott anything; there’s just too much to watch. I fall on a weird side of it. I feel like there are working actors, like Will Yun Lee and Dichen Lachman, they get to work, and so it’s very difficult for me to say, ‘don’t watch this show’ because you want to support them.”

On his career as an Asian actor:

“Oddly enough, I think I was very fortunate to have been acting in the south, specifically Florida and specifically Tampa. I think that the huge community there offered me so many opportunities. When I met Asian actors out here [in L.A.] and heard about their struggles in terms of the box that they’d been place in, in my head I’m thinking about how I got to do Hamlet, how I got Crimes of the Heart, which I learned a Mississippi dialect for. I feel like when I walked out on stage there was this subtle ‘huh’ rippling through the audience, because they could hear me before they could see me. Usually by the end of it, people seemed to think, ‘this is fine, this young Asian American could have a super thick Mississippi accent.’ But again, I don’t think that’s something I would’ve been looked at for outside of this community. The role I got on Halt and Catch Fire was a role I don’t believe was written for an Asian actor. When I went in for that, I got cast in that, it was kind of cool. The character was written as ‘the young one’ and that was me, I got to be a young coder, which was cool. I’ve only played characters specifically written for Asian actors maybe two or three times. So I think that’s a very unique experience. But yeah, so now I’m out here in L.A. and it’s the first time where I’m in an audition room with a bunch of actors who look like me, which I thought would be intimidating when I was in Florida. I was like ‘oh man, how do you go to an audition and just be in a room full of… me?’ but then now that I’m out here I think that there’s something very exciting about so many people like me pursuing the same thing in solidarity. When I see people in the room, I think, ‘which one of these guys could get [the part]?’ and how great is that. I try to feel that as much as I possibly can and of course there are times when you think, ‘I really want to get this’ but I think that for the most part being surrounded by other actors like me surprisingly shows me how unique I am and we all are. Because although we may be the same type, I think that our personal experiences are so different that any one of us could bring something interesting to the table.”

On performing and writing as a minority:

“I’m just an actor from Florida in L.A. who happens to be Asian and I’m trying to figure out how I feel about all of this. I wonder if other actors have to think about this same question. But I think that it’s getting better, I think that there are storytellers who are exploring the topic of what Asian people could be on film and television.”

“I feel like Asian performers and Asian stories, and actually any stories written and performed by people of color, have a weird pressure on them to do so much, you know like in terms of having to make money, represent people authentically, but also not tell the same cliches as opposed to just being it’s own thing and seeing how it goes.”

“Some of my Asian actor friends kind of dispairage Ken Jeong or Bobby Lee and I think it’s difficult because they’re funny people who happen to be Asian but there’s this onus on them to be not just funny but to represent somehow all of Asian people, and they don’t like that they’re the butt of the joke. But they’re working, they’re finding a way to be funny in a landscape that doesn’t see a lot of people like them. It’s difficult because I feel like actors of color have to think about that, not just ‘how do I further my career?’ but ‘how do I represent everyone that I’m supposed to represent?’ which I don’t know the answers to.”

“This is a sideways thought, but I’m friends out here [in L.A.] with an actress who was on Marco Polo and when that show came out it was not viewed favorably by people who felt the Asian characters weren’t represented well enough, or that Marco Polo was the lead. But when the show got canceled, it put an entire cast of Asian actors out of work. If it had gone on longer, if those characters had started coming to the forefront, could that have changed the tide of what we’re seeing now?”

On what he’s doing next:

“Now I’ve just been writing and audition and I think that’s where I’m hoping to see some change. With Mr. Yunioshi I’d always hoped that eventually that would be something that actors in places like Tampa, Florida or Ohio or Texas, an Asian actor could say, ‘hey, theatre company, let me do this show’ because I think that creating these opportunities is just as important as receiving them.”

If casting issues revolved around money alone, recent releases have made it abundantly clear that audiences react positively to diverse casting, while casting White actors in non-White roles often backfires. In a show where the performances of minority actors like Martha Higareda, Will Yun Lee, Dichen Lachman, Ato Essandoh and Waleed Zuaiter shine particularly brightly, the decision to fill the most visible role with a White actor casts a long shadow over the production and actively discourages viewers who might otherwise watch the show. What if science fiction heroes didn’t have to bodily evoke James Bond? Like Cho writes within the closing lines of Mr. Yuniyoshi, why can’t an Asian actor be the next Matt Damon?

Information for this article was gathered from hollywoodreporter.com and boxofficemojo.com.