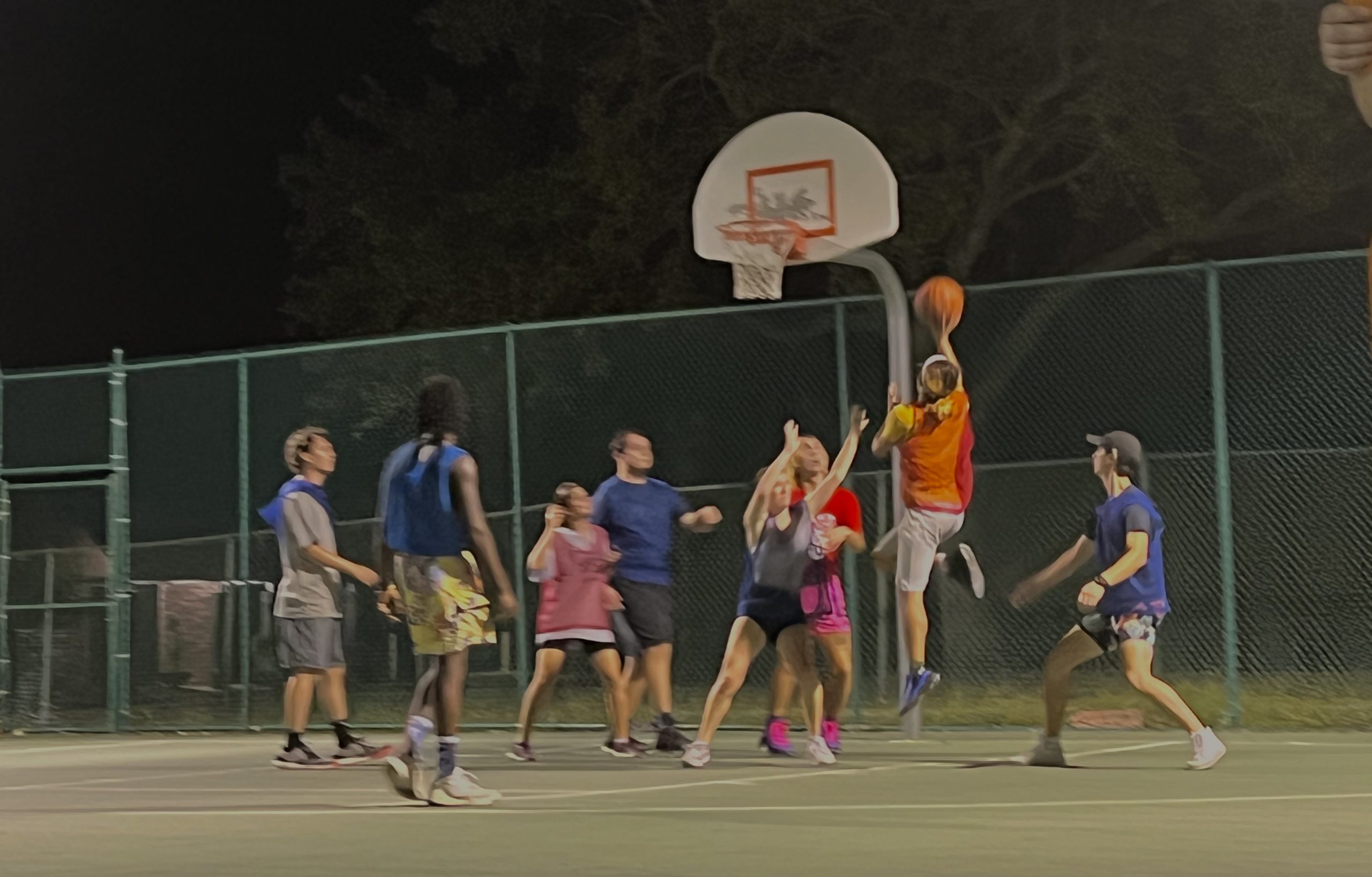 Capture of the scrimmage at the first meeting of the club. (Taken by Chloe Rusek.)

New College basketball fans, get ready, because campus is getting its first ever competitive basketball team.

Founded by third-year and Catalyst staff writer Isaac Tellechea, the basketball club is “as much of a team as we can be at New College.” Tellechea has aspirations for the team to compete against Ringling College of Art and Design and University of South Florida, but also wants the team to be as inclusive and fun as possible.

“A big reason that I started the club is because I love basketball, and I think that with basketball comes a competitive nature, so there is that aspect of me that wants to win against other schools,” Tellechea said. “But, I also want to create a space where people feel comfortable to try something out.”

Beyond competing with other schools and spicing up campus life, Tellechea hopes that the basketball team will engage with the larger campus community.

“I don’t think that everyone on campus necessarily cares about basketball,” Tellechea admitted. “So, if we could get something going like the Garage Sale where we could have basketball games and music going. I want to do cool stuff like that that gets people involved in campus life.”

“Getting outside is important and getting exercise is important, and I feel like doing exercise alone is tough,” Tellechea continued. “But if you have a group of people down a walk away from you playing basketball, it’s easy to just jump in and sweat for 20 minutes and you’re having fun, it’s just a good way to spend an evening.”

Students of all genders, skill sets and interest levels can find the basketball club meetings on Mondays and Wednesdays from 8:30 to 10 p.m. at the basketball court behind the Fitness Center.