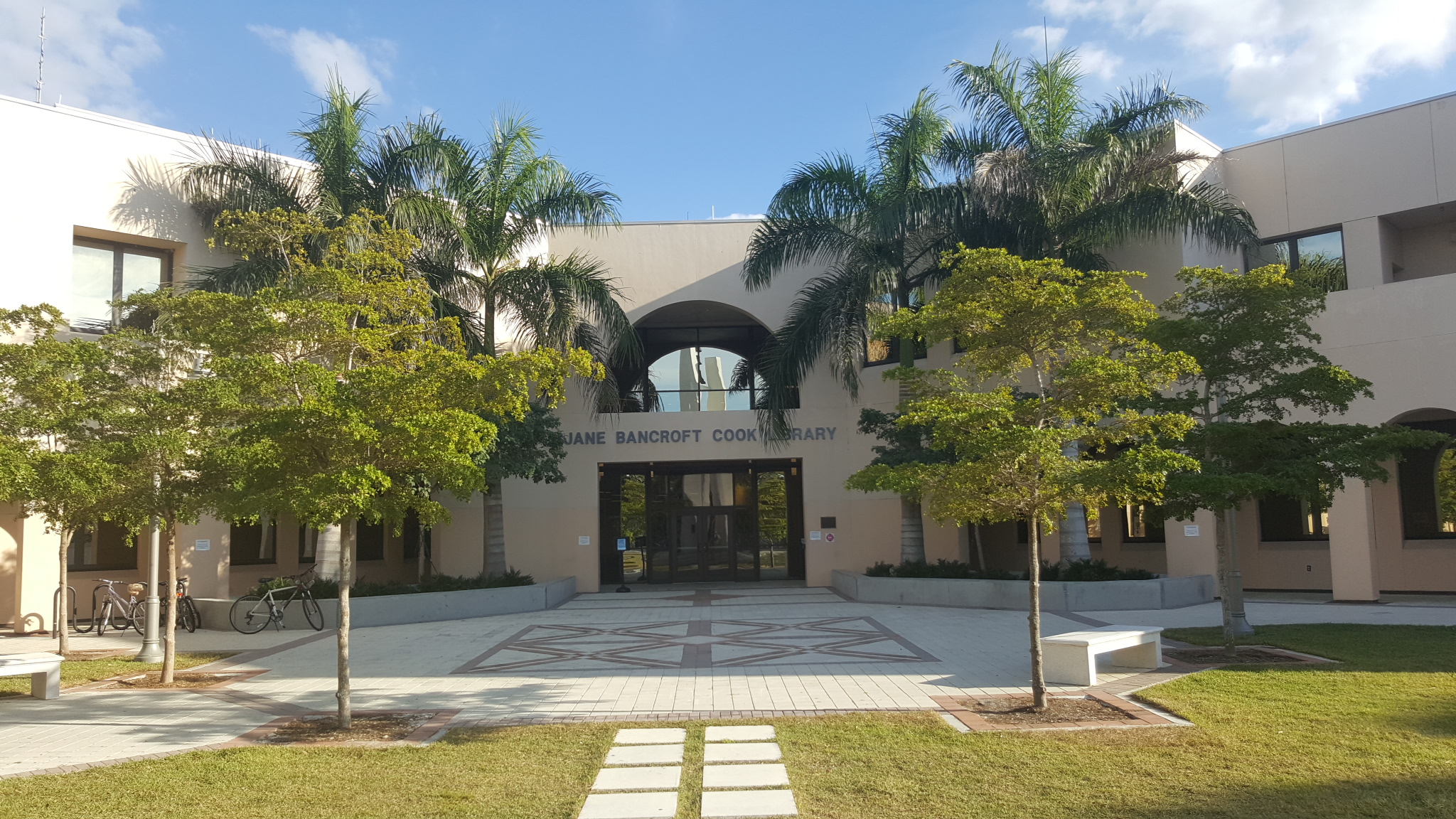 Library staff have taken measures in the past two weeks to restructure various library services to function virtually and keep the Jane Bancroft Library open and running during the COVID-19 crisis. Dean of the Library Brian Doherty has instituted a visitation-by-appointment system, waived all library fines for this semester and created a system where students can hold meetings with librarians over Google Hangouts. These changes, along with librarian Helene Gold’s recently-launched vlog series, aim to keep students connected to library services and lessen the strain of the transition both students and faculty are facing.

As of March 18, the Jane Bancroft Library is open from 9 a.m. to 5 p.m. on weekdays and closed on Saturdays and Sundays. It is open only to New College and University of South Florida students, staff and faculty, and requires visitors to schedule an appointment in advance, either by emailing library@ncf.edu or calling at 941-487-4305. These appointments are for checking out or returning materials only, as Doherty aims to reduce the amount of time people spend in the building as a safety precaution.

“We don’t have people coming in to work on computers or things like that,” Doherty said, “It’s just a little too dicey to do that.”

The Jane Bancroft Library is currently the only library in the Florida state university system that is still physically open and running, which requires extra vigilance from the staff to maintain a safe environment. Other than the typical measures, such as readily-available hand sanitizer, the number of people in the library at any given moment has been limited to approximately five: Doherty, two other staff members and no more than two students at a time.

“The majority of our staff are working from home and we’re rotating our staff each day, so we don’t have the same two people here every day,” Doherty said. “I’m here all week but I feel that’s important for morale and all that, making sure everyone is doing okay.”

With these new physical limitations, Doherty has also added a new virtual service to the library’s arsenal. Using Google Hangouts, librarians are now available for students through phone or video calls to provide consultations, research assistance and to answer questions about library resources. The librarians currently available to meet with students are Helene Gold, Cal Murgu, Shelley Oakly and Tammera Race. They can be contacted to schedule an appointment via email or at libguides.ncf.edu/continuityoflibraryservices/stayconnected. UBorrow is no longer an available service, but the Library Databases, Digital Collections and the Digital Scholarship Studio are all still operational.

On March 25, Doherty sent an email to the Students List relinquishing all library fines for this semester. Doherty said that this decision was reached collectively among various Florida institutions under the UBorrow system.

“We don’t want to be causing any additional stress than what students are already going through,” Doherty said. “We haven’t figured out how we’ll get things back yet but we’re developing plans for that as we’re moving forward.”

While the library has had many recent developments to its functionality, Gold has taken it upon herself to promote the library in a way that keeps students engaged and entertained during this transition. Gold’s graduate degree in instructional technology, as well as her experience with producing instructional videos, put her in the perfect position to orchestrate a vlog series.

“Several of us in the library were trying to figure out how to brand it,” Gold said. “We were batting around variations of the word ‘Novo’ and considered other things, and thought, ‘We want to keep this really silly and really light.’ I thought, ‘Well, let’s just use Roger.’”

RogerCast, named after Gold’s cat, is a collaboration between Gold, Director of Student Success and Advocacy Anjali Cadena and Assistant Director of Student Success Programs Kaylie Stokes. Described by Gold as a variety show, RogerCast will primarily feature interviews from faculty and staff members, generated by anonymous student questions which can be submitted here. The content will include some instructional segments and updates on library and Student Success Center, but will also focus on how various other campus services and faculty members are transitioning to an online platform. Interspersed with all of this will be various pet photos and potentially a Pet of the Week contest.

“The most important part of this is keeping us all engaged and connected to each other,” Gold said. “It’s just nice to see the people that you know.”

RogerCast is set to update every Thursday, and can be found on YouTube on New College’s Library Services channel. Alerts of these updates will be sent to the student emailing list and is meant to continue for as long the campus remains physically inaccessible.

“We’re doing it for as long as it needs to be done,” Gold said. “I don’t think I’ll have a shortage of content.”

Moving forward, Doherty said that developments in the next few weeks with HathiTrust Digital Library may further increase current digital resources. HathiTrust is best known as the result of Google’s project in 2002 to scan millions of university library books which fell through due to alleged copyright violations. Their bibliographic databases contain about 8 million unique texts, and the recent COVID-19 crisis has led to the founders in the University of Michigan to devise a plan to get these texts online and available to students. Doherty will be attending a meeting with HathiTrust in the upcoming week to further discuss the details of this plan and whether it will come to fruition.

Despite the library’s current developments, the adjustment period has still proven difficult to some students, especially those who used the library frequently. Thesis student Elizabeth “Liz” Ramsamooj in particular described the challenge of adjusting to an all-virtual library now that she is no longer in Sarasota.

“I have my spots in the library that I go to and study that are very familiar to me and that I’ve been using for the past four years,” Ramsamooj said. “It’s been hard to differentiate that home and work space here versus back on campus, when I could have my dorm and go to the library to study.”

Moreover, Doherty said that it is entirely possible the library building will be ordered to shut down in the near future as a safety precaution, at which point everything will be done entirely online. Still, he said that no matter what happens, the success of NCF students is the library staff’s priority.

“It’s uncharted territory for all of us, but we’re here to make sure that students continue to progress,” said Doherty.

This story was updated on April 3:

As of April 3, Dean of the Library Brian Doherty announced that the Jane Bancroft Library will be closed. Virtual resources can be accessed here.