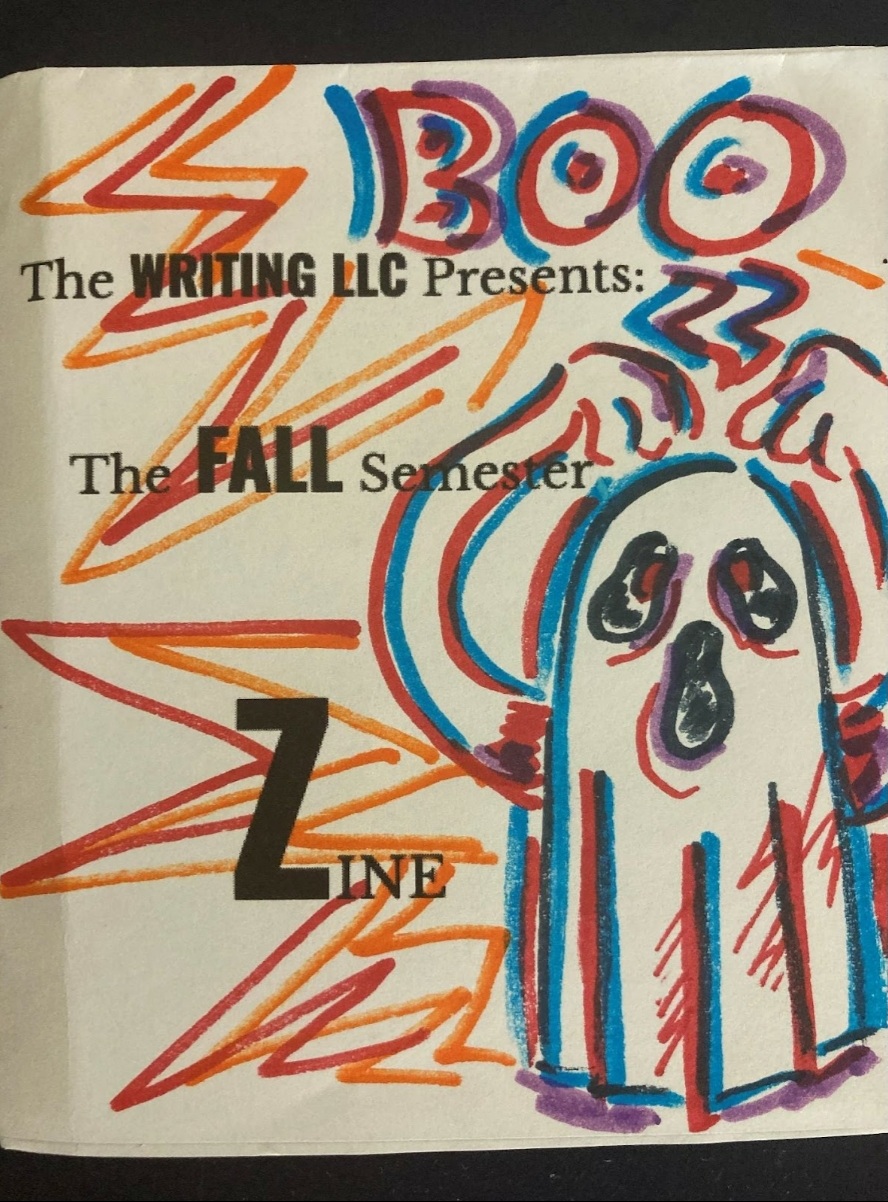 The hand-drawn cover of the Writing LLC's 2021 Fall Semester zine.

There’s a bemusing little pamphlet circulating around the halls of Z Dorm’s Writing Living Learning Community (LLC)—the very first zine produced by the passionate creatives of Z Dorm has been released to the delight of poetry and short story lovers alike. With a modest and sincere appearance, this small expression of New College’s thriving artistic community hopes to become a gathering point for writers to share and publish their work.

“I thought it would be a good way to build community and get people involved and get people’s work out there,” third-year and project organizer K.C Casey explained. “We have a lot of people who are very dedicated and committed to it. And we’re working on building that community to be larger.

“We have started a discord,” Casey continued. “I’m trying to get more involvement on there for people to share right in to get feedback, different things like that. And just have an open space to create and share with each other.”

Casey went on to express their hopes for the future of the zine, conveying ambitions to have it return each semester. Further, they want students outside of the Z Dorm community to be able to engage with it and contribute their work.

“I’m thinking about doing it each semester, and am hoping to get more submissions,” Casey said. “I’d like to consider opening up to the rest of the school if that’s something that people would be interested in. Because I think the more the better.”

For any creatives that would like to be involved with the project or publish their work, Casey invited them to get connected by sending an email to benjamin.casey20@ncf.edu.