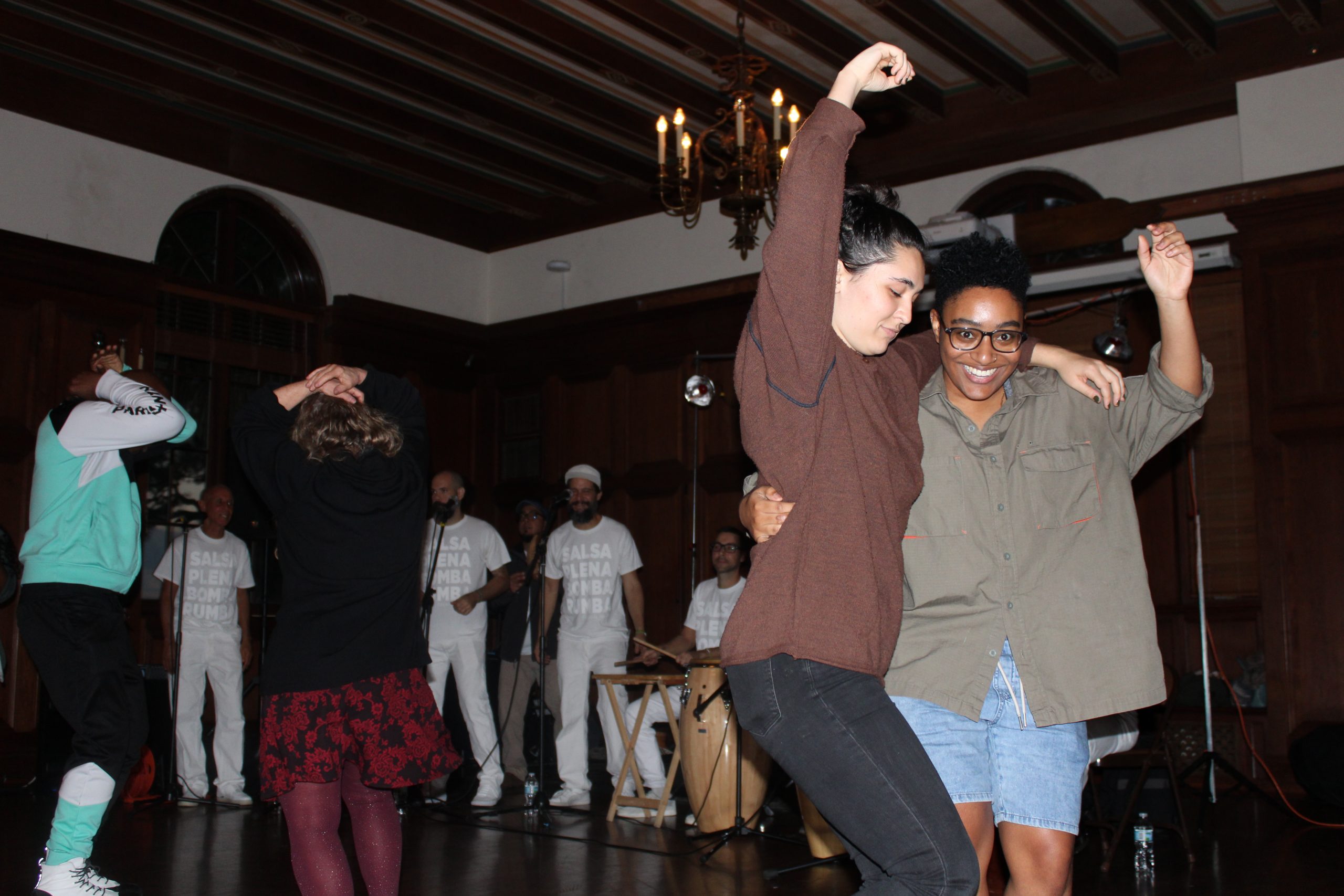 From the Sur la Bay Festival to “Dances of the African Diaspora,” New College’s celebration of Black History Month (BHM) has been packed to the brim with outstanding performances, countless educational opportunities and impactful conversations surrounding Black history, culture and community. Established in 2015 by Professor of Sociology Queen Zabriskie and four of her most hardworking students—Donovan Brown, Paul Loristen, Nasib McIntosh and the late Ijeoma Uzoukwu—Black History Month at New College has always been about drawing attention to the many facets of the Black experience, on both a local and global level.

“The month has been amazing,” Zabriskie emphasized. “The connections that have been able to happen have been great . . . and the people who have come to the events have really been engaged and have been an important part of making that happen.”

With increased funding this year from New College’s recently awarded Mellon Grant, members of the Black History Month Committee (BHMC), led by Professor Zabriskie, were able to significantly broaden the scope of the month’s programming. In total, New College’s Black History Month contained 17 distinct events and brought in 9 outside speakers and performers, including NYC-based renowned director Bocafloja. While Bocafloja led two on-campus events, a dialogue on racialized masculinities and a screening and discussion of his film, Bravado Magenta, the BHMC felt it was equally important to bring the influential artist to younger members of the Sarasota community.

“We took him to Booker High School to show his film to first year Visual and Performing Arts students,” Zabriskie said. “The students asked amazing questions . . . he was even impressed by the analysis that the high school students had after viewing the film. It’s been amazing to be able to engage with students in the community and their teachers who are doing amazing work already.”

In addition to the amazing talks and performances put on by non-local artists and academics, this year’s Black History Month was made complete by the work of several dedicated New College professors, including Drs. Hugo Viera-Vargas, Ilaria Giglioli, Nicholas Clarkson, Amy Reid and Wendy Sutherland. Events such as Professor Reid’s “Lost and Found: The Puzzles of Translating African Fiction” talk, Professor Viera-Vargas’ Afro-Cuban percussion workshop and Professor Sutherland’s Afro.Deutschland film screening provided event-goers with an interdisciplinary understanding of Black history and experience.

“Faculty members have been involved in really exciting ways and this year and have really contributed to and enhanced what we’ve been able to do,” Zabriskie said. “When we have these [varied] dialogues, we can uncover both similarities and differences. We can really begin to challenge some of those silences we have met [throughout our lives] and the ways in which those silences have been a part of the reproduction of problematic power maintenance.”

Students on the BHMC, such as second year Becca Hadwen and thesis student Cabrini Austin, also took a leading role in this year’s BHM event planning. Both Hadwen and Cabrini cited this year’s open mic night with Matthew “Cuban” Hernandez, which Hadwen organized and emceed, as one of Black History Month’s most notable successes.

“Having Cuban Hernandez share his work was really healing in many ways, and I love that people felt encouraged to share their art,” Cabrini stated. “I enjoy the opportunity to educate my peers on blackness. We’re in control of our own narratives which rarely ever happens. This month allows me to showcase something beyond our systemic oppression—black art and performance is so expansive and I love being able to share that.”

To Hadwen, Austin and other student committee members, Black History Month on campus is all about creating respectful and productive spaces that encourage members of the New College community to learn and grow together.

“I think [Black History Month] creates spaces for students of color that are usually hard to find on campus” Hadwen explained. “It lets students of color, especially black students, know that the faculty, staff, students and administrators that work on these events not only see them, but are specifically choosing to center their stories and stories about people who look like them.”

While the BHMC is appreciative of every student, faculty and staff member who helped organize this year’s programming, Professor Zabriskie would like to personally thank her colleagues Professor Viera-Vargas and Professor Sutherland, Dannielle McCalla and Jada McNeill from the Student Activities and Campus Engagement (SA[u]CE) team and the members of New College’s Black Student Union for the work they all put in to make this month a successful reality.

Information for this article was gathered from ncf.edu/black-history-month.