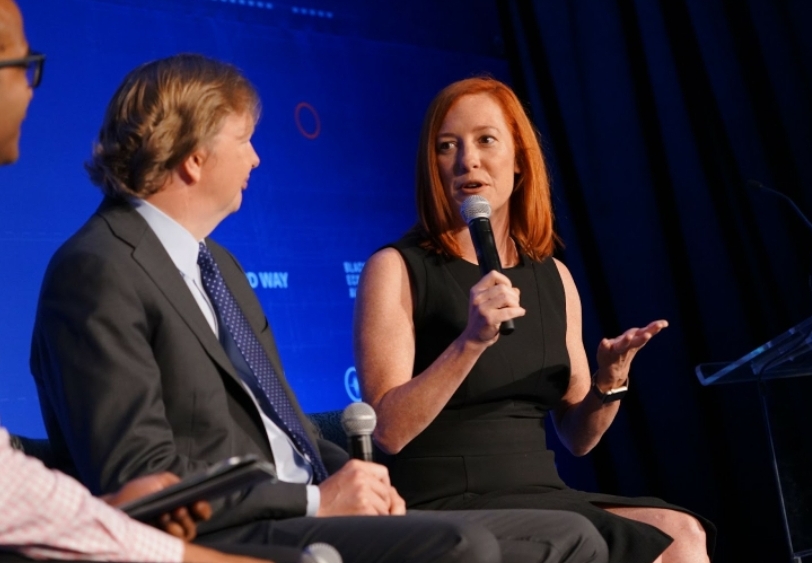 In the grand theater and spectacle of what we loosely refer to as the U.S. government, sensational television personalities have been known to undergo swift conversions from relatively innocuous goobers trained in the art of bravado, bluster and fluff, to fully-armored statesmen dawning eagle-clad regalia but trained in the same. Look no further than the successful transmogrification of Trump from reality television host to president of the United States for confirmation of this trend.

Yet, in a move meant to cause even the most cynical and numbed onlookers of Washington drama to choke on their water, White House Press Secretary Jen Psaki has gone a step further by attempting the reverse; Psaki has reportedly informed two senior White House officials that she’ll be hopping the fence to host a show as part of MSNBC’s live cable programming. There’s still room for Psaki to reconsider however, as she’s yet to formally announce her leave or sign MSNBC’s contract.

Allegedly, CNN also approached Psaki, aiming to strike a similar deal with the White House official to have Psaki host a show on their network. Surely, there can be nothing wrong with hiring an official whose sole purpose in the administration is to mediate and spin information on behalf of the reigning establishment. Particularly not when the hiring organizations entire professional ethos and purpose is to challenge, analyze, verify and discredit said information.

Sarcasm aside, this news comes as a stunning reminder of just how interlocked and uncritical media monopolies have become with state power. That this idea could even be floated by a media outlet without consideration of how it might appear to hire the very person you’re supposed to be scrutinizing implies either an outrageous lack of self-awareness on the part of media company executives or a blasé indifference to PR backlash.

At the very least, the news came as a shock to many NBC News staffers, who expressed confusion at the decision to bargain with Psaki while she still holds office and concern for the station’s credibility. NBC News president Noah Oppenheim hopes to make a distinction between NBC News and MSNBC’s perspective programming, the latter of which Psaki will likely be joining.