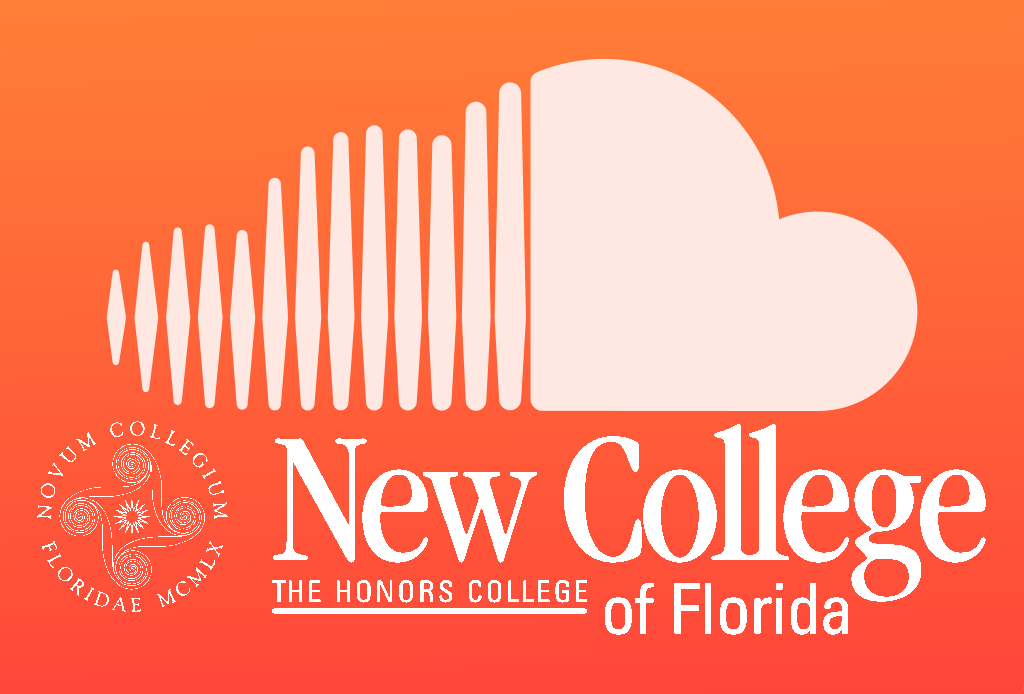 "Without [online platforms,] I feel like people wouldn't be as willing to listen to my music," second-year transfer Kingsley Reeves said.

In the days of The Rolling Stones, Pink Floyd and Madonna, music may have been far more difficult to distribute and make accessible to the masses. With the myriad of online platforms,  including SoundCloud — which is now nearing 300 million users — platforms have been bridging the divide between wealthy record labels and the average Joe. A few of these cost-effective and passionate internet artists can be found on our very own New College campus.

It’s easier now than ever for them to write, record, produce and upload to a reputable site, as the platforms are used by professional musicians and record labels alike. There’s more of an accessibility to their listeners.

“Without them [online platforms] I feel like people wouldn’t be as willing to listen to my music,” Reeves said.

“It really takes the power of the music out of the hands of record labels and puts it in the hands of the individuals,” third-year Music AOC Zachary Schoenblatt said.

Advice From the Artists

All musicians tackle the production process of a song in different ways, some by doing field recordings (using their mobile phones to record their music, regardless of quality), sampling beats from online, working together with friends in a sort of creative jam session and any other way one may think of. It seems to be about having the will and finding the way to make things happen.

“Shows have helped me get a solid fan base,” second-year transfer Myles Rodriguez said, stressing the importance of live performances. “Everyone on this campus is a creative and infinite being. The interesting part is that some people don’t choose to express it regularly. […] Everyone has that talent, but hasn’t realized that yet,” Rodriguez continued.

Since others are truly going to listen to the tracks, once uploaded, and a song needs to be uploaded as one solid unit, novice artists have been appreciative of the way platforms have productively pushed them to do more.

“SoundCloud really helped motivate me to make full songs,” third-year Elijah Weiss said, encouraging new artists to turn to online platforms as a way of getting the initiative necessary to complete projects.

An important note that the Novo Collegian internet artists made was not to confine oneself to just one platform. The idea is to get the work out there with whatever means necessary. Alternative platforms, other than SoundCloud include: BandCamp, Audiomack, hearthis.at, distrokid, Spotify and so forth.

The Catalyst was able to hunt down a few of the hard working musicians at our school in order to gain insight on what makes it all possible for them. Here they are:

Essential songs: “I Could Die Tomorrow” and “Limbo”

The “current phase” Psychedelic Hip/Pop musician, Myles Optimystic, also experiments with a metal garage band named Infinite Wasteland that includes third-year Kevin Howlett and second-year Trent Hanson as well. Their performances have been real crowd pleasers at past school events and they are now streamlining for a Performance Arts AOC.

Third-year Elijah Weiss creates minimalist, lo-fi, synthesizer-heavy music made to intrigue the ear and get one to feel different sonic textures. Mainly digital, electronic, ambient, but melodic styles. Some projects have been produced for their ISPs — in which one can hear volunteering listeners describe their thought processes as they listen — and others for self interest.

A rapper hailing from Tampa, FL, Reeves’ tracks include poppy rap beats mixed with thought provoking lyrics that make for a great time. He’s recently released his first full-length mixtape ROAD RUNNER KINGZ as of last spring, but has also featured on a number of other songs since then with friends.

Essential songs: “cover me in pink forever” and “snakes”

Schoenblatt likes to call it “noise music” in which they normally take somewhat randomized, regularly dissonant, sounds and raps over them in the attempt to make it pleasing to the ear in the end. Experimental music that breaks the conventional boundaries of music, which could mean purposefully breaking time signature or losing rhythm, but with some focus to the overall experience of the song. Being a user of SoundCloud since the age of 13 has allowed cassettes of their music to be purchased by listeners in France as Schoenblatt recalls a time a French girl messaged them about how much she liked their music.