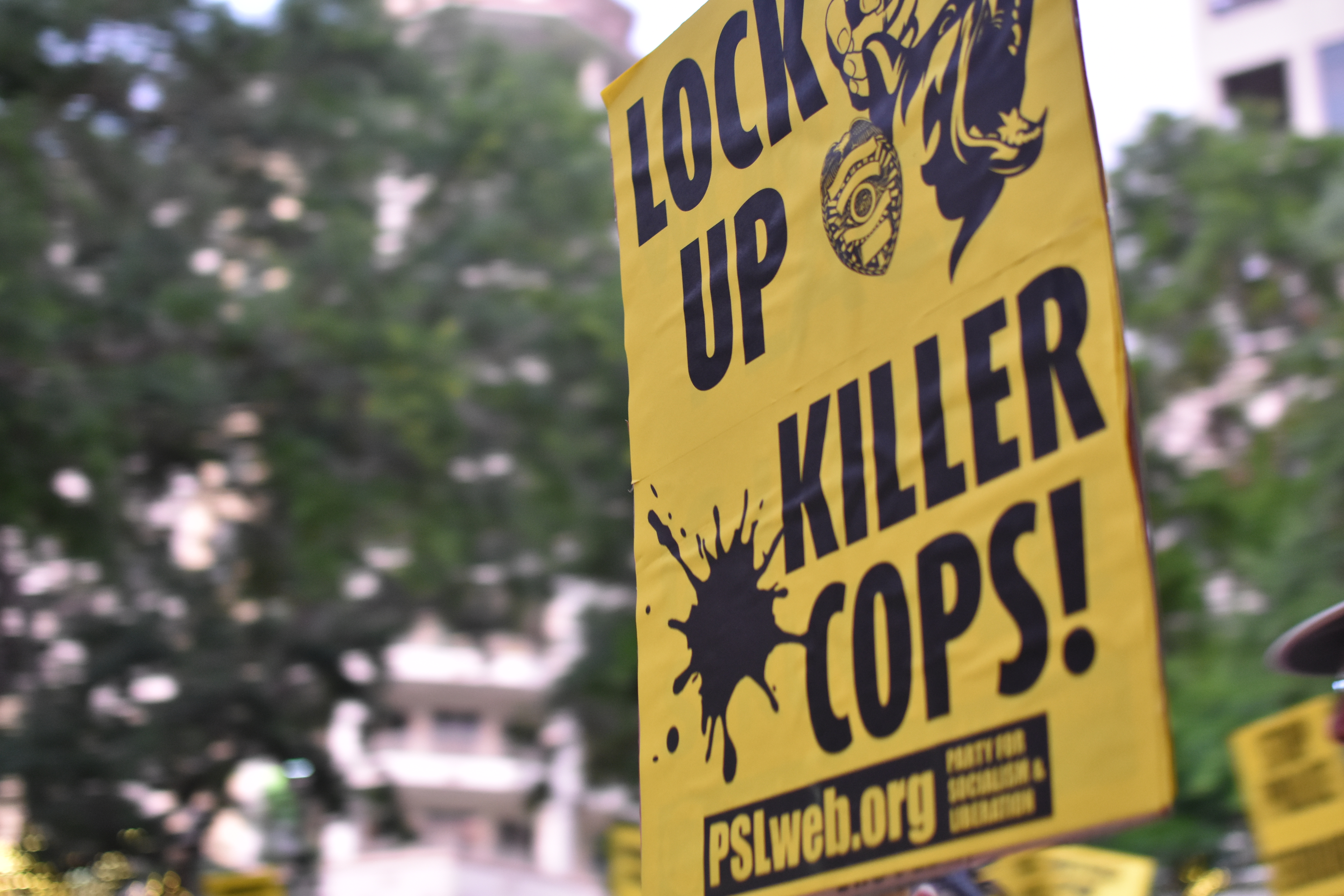 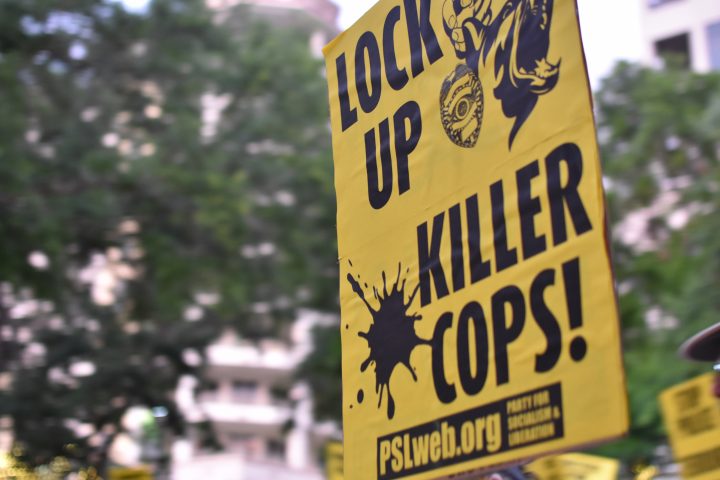 Corey Mobley. Rodney Mitchell. Chad Washington. Unarmed black men being injured or killed at the hands of police officers breaks mainstream news fairly frequently in cities across the United States these days. While many Sarasota natives have been kept up to speed on cases as viral as Stephon Clark’s thanks to social media, there have been several recent campaigns over the past couple of years crying out from the Newtown community.

“I just don’t feel safe anymore,” Darnesha McMillan said. “Every time I go down the street–every time I see a cop car–I wonder if they remember me being the one protesting out here.” 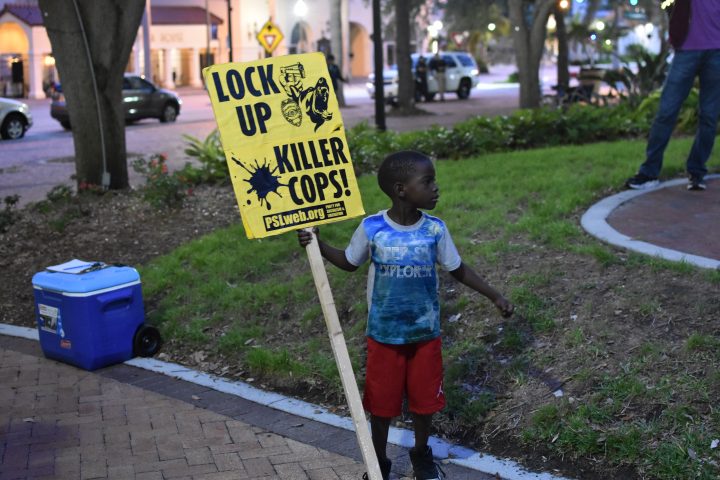 McMillan had only been living in Sarasota for a couple of months before her fiance Chad Washington was dragged from her home, tased in front of her children and arrested. He was eventually charged with three counts of battery on a law enforcement officer and possession of a controlled substance after the scuffle took place on Mar. 22, 2018. According to the police department, Washington was apprehended after a momentous struggle that saw him physically attack and injure two of the arresting officers. In the police report, Washington was said to have punched two officers and bit one after attempting to slam the door upon their arrival. A video showing the final minutes of the incident circulated online, as well as a press release from McMillan denying the Sarasota Police Department’s retelling of the events, suggest otherwise.

“I, Ms. McMillan, called Emergency Medical Services on Mar. 22 around 6:00 p.m. because Chad Washington was vomiting and foaming at the mouth,” McMillan’s press statement reads. “When the cops showed up at my door, they knocked very softly then came in unannounced. Upon entering, two officers (White male, Black female) charged Washington to the floor. They began punching, choking and tasing him.” 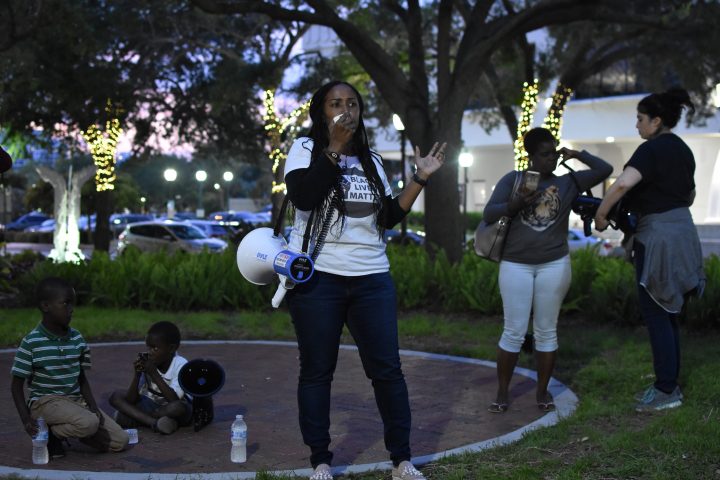 She has since spent her time in Sarasota planning public protests, challenging the Sarasota Police Department and taking care of her five children. She has not been fighting alone, however. Answer Suncoast, the West-Florida chapter of national leftist advocacy organization Answer Coalition, reached out to McMillan in an effort to support her attempts to seek Washington’s release. The team then organized two local protests–one in Newtown on Mar. 25, and the other in Downtown Sarasota on Mar. 31. Sarasota native Greg Cruz, an organizer and photographer from Answer, assisted with both protests in order to combat what he feels is typical misconduct from the Sarasota Police Department.

“Sarasota has a long corrupt history of cover-ups, settled lawsuits, [and] rehiring officers fired for excessive force,” Cruz said of the police department in a written statement to the Tangent. “One officer was even arrested for attempted murder of an elderly person last year. Their response is always the same: they claim it will be investigated internally and the incident is cloaked in secrecy time and time again.” 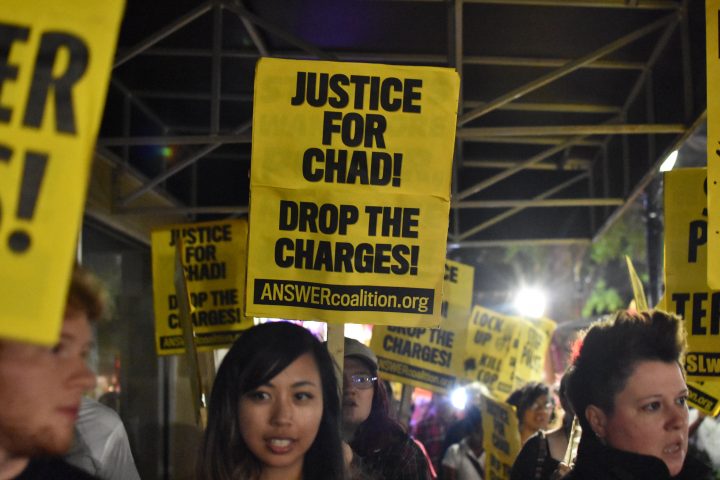 This recent campaign echoes not only national cases of an officer/officers’ use of force being challenged by black communities, but local cases as well. Most recently, Answer Suncoast organized protests around the fatal shooting of Bradenton resident Corey Mobley. Mobley was killed after reportedly threatening Manatee County Deputy Patrick Drymon by claiming he “had a gun for him.” No weapon was found on Mobley’s person after he was shot.

Interestingly enough, Mobley’s second cousin Rodney Mitchell was fatally shot by police during a traffic stop in June 2012. Natasha Clemons, Rodney’s mother, has since founded the Rodney Mitchell Foundation in honor of her son. The Rodney Mitchell Foundation is a non-profit aimed at spreading awareness of police brutality in Black and brown communities. Their previous calls for the firings of Deputy Adam Shaw and Sgt. Troy Sasse, the officers involved in Mitchell’s shooting, were unsuccessful. Their narrative has continued as Clemons has been present at McMillian’s protests in solidarity. 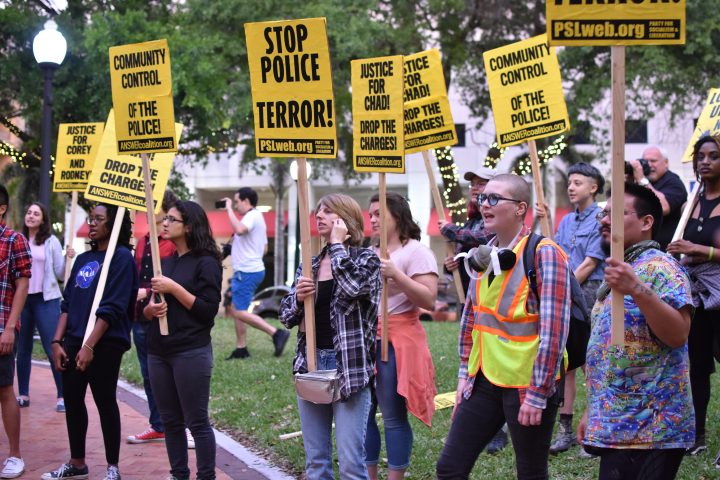 Dozens of New College students were present at the March 31 protest, waving signs and chanting in solidarity.

The Sarasota Police Department was not available to respond when reached for comment.

McMillan expressed hope in the results of her fight. She is calling for the firing of the officers who apprehended Washington and believes there is evidence to prove her case. Though perhaps not as widespread as the news surrounding the killing of Sacramento resident Stephon Clark last month, Washington’s arrest has made some rounds throughout both the Sarasota-Manatee news circuit and social media.

“It’s going to be viral, if it isn’t already,” McMillan affirmed. “People don’t want to talk about it but it has gone viral: the video had [about] 10,000 shares online…” 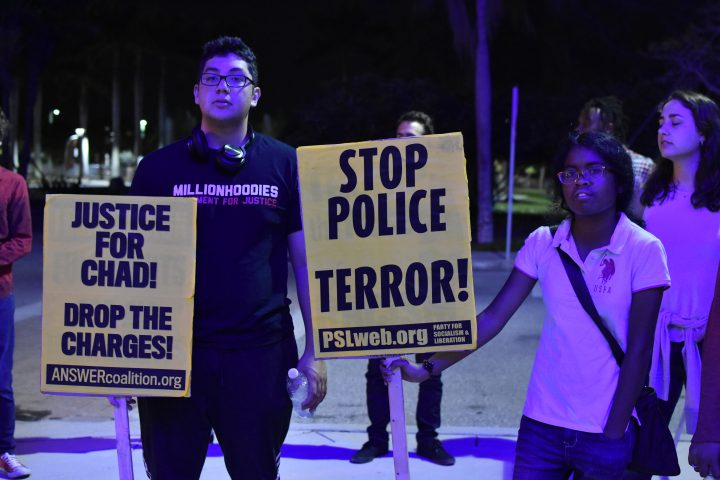 Even with the video surfacing on several online news and social media platforms, it seems not all of Sarasota has been convinced. At the Mar. 31 protest, the marchers drew a mixed response from those citizens who chose to engage. While some honked from passing cars and clapped from barstools and restaurant patios in support, there were a few pointed expletives shouted and physical confrontations avoided. Members of New College’s chapter of the national organization Million Hoodies for Justice were present in support of McMillan.

McMillan has continued to advocate for members of the community to stand up when cases of police brutality occur in the Newtown community. Hearkening to the previous cases of Mobley and Mitchell, both McMillan and Cruz shared a less than favorable view of relations between the Sarasota Police Department and Newtown.

“There’s stuff that doesn’t get recorded that is still going on, and it’s an ongoing thing they do every day,” McMillan said. “They’re always in the community just seeing what they can see, I guess… jumping out on people and not letting people live their lives on the daily like they’re supposed to.” 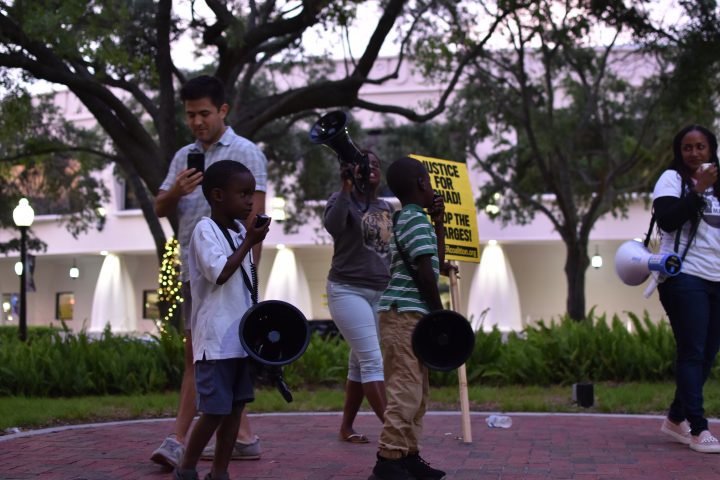 “It’s a shame that we live in a society where the motivation to pursue criminal charges against police for misconduct coincides with the amount of exposure a cell phone video gets,” Cruz shared. “Even with the video there’s a 99 percent chance the officer will still be found not guilty.”

To date, Chad Washington is being held in prison. McMillan claims that the Sarasota Police Department has yet to respond to her outside of a brief voicemail left by Sarasota Police Chief Bernadette DiPino. In any case, it doesn’t seem as if the campaign to free Washington will be slowing down. A third protest is being planned for Monday, Apr. 16th in front of the Sarasota City Hall. Only time will tell whether McMillan and Answer Suncoast have their demands granted or not. 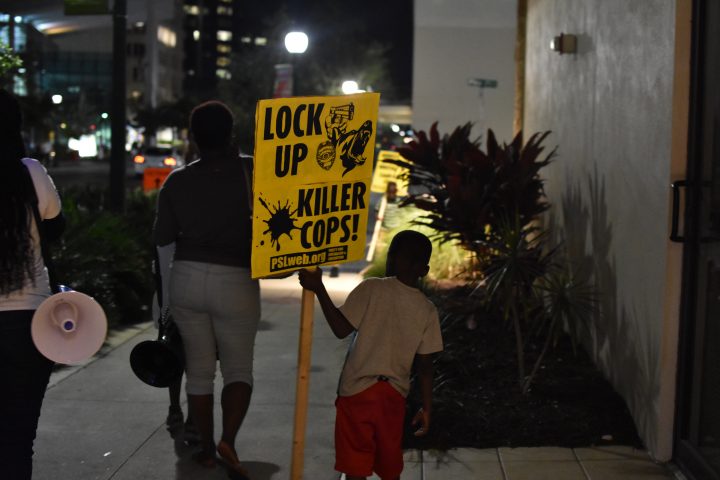