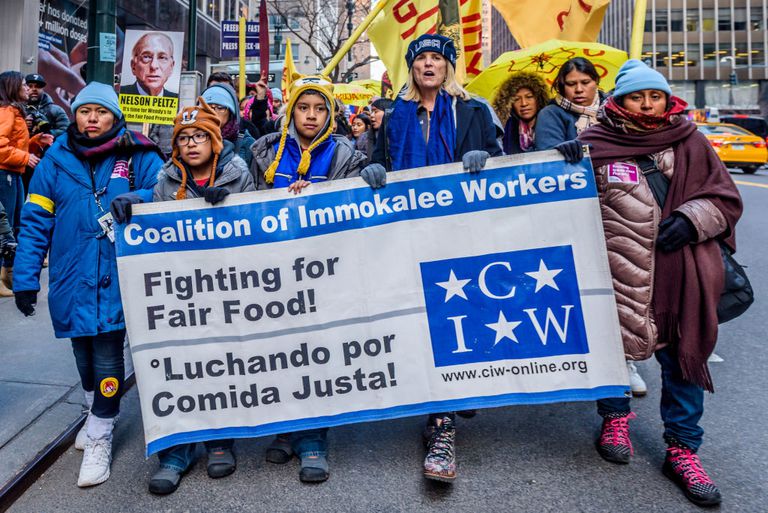 This past spring break, instead of going to some tropical paradise to sip on virgin piña coladas, I fasted for five days alongside 80 other farmworkers and allies. We woke up at 6 a.m. every day, sat in the freezing 30°F weather until the late afternoon, and ended each day with peaceful demonstrations to spark dialogue about human rights. With only water in my stomach, I never found myself tired or hungry. When someone asked us “Are you hungry?” we would all respond by asking them in Spanish “Que ese so?” which directly translates to “What is that?” What is hunger? For me and other organizers, it’s more than a physical feeling. It is a political act to put our bodies on the line to showcase how important this issue is.

Mrs. Schauer and Wendy’s are clearly out of touch with the #MeToo movement since all she had to say was: “There’s no new news here, aside from the CIW trying to exploit the positive momentum that has been generated by and for women in the #MeToo and Time’s Up movement to advance their interests.” 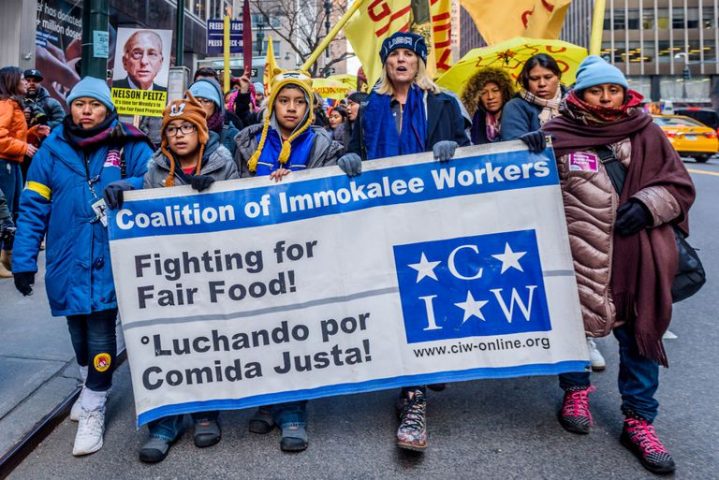 Members of the Coalition of Immokalee Workers marching alongside of Kerry Kennedy, President of the Robert F. Kennedy Human Rights Organization.

Here’s the thing, a movement always begins with a thought, then these thoughts gain momentum and eventually they become a movement. That is how Tamara Burke started #MeToo: two powerful words to give victims and survivors of sexual violence their own agency in this movement. The movement is centered on and led by survivors, including farmworking women who have—since the beginning of the industry—long been silenced by their abusers in the fields driven by an imbalance of power between men and women. Wendy’s will look back at this moment in history recognizing that they are not only perpetuating systemic inequality and injustice, but that they are complicit in sexual violence in the fields.

Farmworker women and students, like myself, both face sexual violence. Farmworker women and students are often silenced by people in positions of power. Students are shamed by institutions; farmworker women are shamed by corporations. Students have fought to implement guidelines that could bring an end to sexual violence on college campuses. Secretary Betsy DeVos ‘revised’ these guidelines by annulling them. Farmworker women developed a program that is bringing an end to sexual violence in the fields, and 14 corporations joined. Wendy’s did not. The Fair Food Program (FFP) has been successful in ways that we, students, only hoped our Title IX policies functioned. The FFP was established by the CIW in 2010 with the following six elements:

The Fair Food Program is implemented and monitored by the Fair Food Standards Council (FFSC) based out of Sarasota, FL. In order to create a society and culture that no longer tolerates sexual violence, we must recognize that farmworker women are too at the center of this movement. While one-in-four women will face sexual assault on college campuses it is estimated that four-in-five farmworker women suffer sexual harassment and assault on the job. In order to reimagine change, we must use our purchasing power to prove to industries like Wendy’s that they can no longer be complicit in the sexual exploitation of farmworker women.

So as an ally with farmworker women here and in Mexico, as a student and as an unapologetic Latina, I say: It’s On Wendy’s!