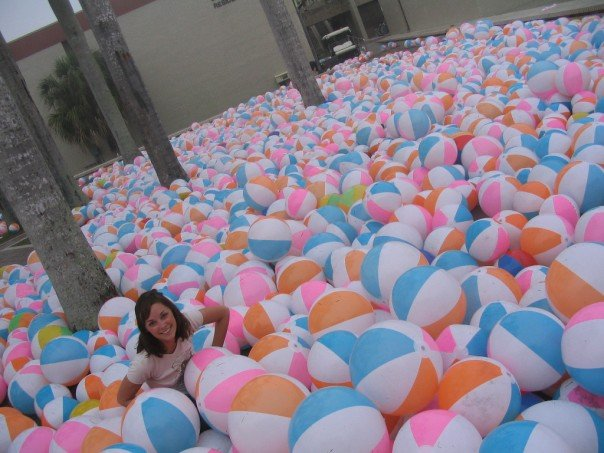 It is a Friday night and Palm Court is empty. The year is 1971 and Florida has just become one of 30 states to have lowered the drinking age to 18 years old. There is a group of students sitting on the benches, a six-pack of beer between them. All of them are waiting, hopefully, for something that would soon be known around campus as Palm Court Parties.

For the next several decades, these Palm Court Parties evolved into three large and heavily attended Center of the Universe Parties (COUP) and smaller weekly parties known as Walls. Walls are a tradition, a weekend staple and are funded by the Student Allocations Committee (SAC) on occasion. At the beginning of every semester, students come together in the hopes of obtaining that perfect Wall slot under the supervision of the Vice President of Student Life (VPSL). On Feb. 5, Wall sign-ups for the semester left students upset. Many argued that the sign-ups had begun too early, and that the process was unfair because multiple students had been able to sign up for more than one Wall. Due to student demand, thesis student Taylor Toro, who is the current VPSL, opted to obe-do Wall sign-ups.

The following day, Student Court held a 12-hour meeting to come up with a list of recommendations for a new Wall sign-up system. Would-be Wall hosts will now have to submit a form with their theme and sample playlist, which will then be voted on by the student body, much in the same way as how themes are decided for COUP. What date these Wall hosts are allowed to choose will depend on how many votes they receive.

Despite being heralded by those happy with a more accessible and inclusive process, others have criticized the new system. With such dissent, it has led many to wonder: Whatever happened to our Walls? In October of 2004, Tangent reporter David Higgins sent an inquiry to alums about any information they might have on Walls and PCPs. On Nov. 2, 2014, the Tangent published an article titled “Bearing the weight of the Center of the Universe: A brief history of Walls.”  Dozens of alumni wrote back with stories of nudity, riots and psychedelic experiences.

According to Higgins’ story, music used to be played from speakers set on balconies or from cassettes and reel tapes. At times, multiple Walls would occur on the same night with each group playing different genres of music, from motown to reggae to classic rock. Wall hosts would compete to see which could attract the largest number of people, each blasting their music increasingly louder. In a campus that then consisted of roughly 400 inhabitants, these parties were known for an openness that was not possible before. Alum Jono Miller (‘70) recalled one Palm Court Party in particular, where students of varying genders danced together topless.

“[There was] the implicit affirmation that some long dreamt of reconciliation between the sexes had, at least momentarily, been achieved,” Miller wrote in an email to Higgins. “That seduction and ‘hitting on’ and all variety of mind, power and sex games had been suspended and that we were sharing a dance space without expectation.”

Palm Court Parties were also known for substance use. “I recall one Palm Court Party that had a mixed drink bar set up in one of the H-classrooms, and another that was dispensing Purple Passion laced with windowpane LSD [Lysergic acid diethylamide],” alum Bill Rosenberg (‘73) wrote in an email to Higgins. “At that one, folks were still lying where they were the next morning.”

In 1975, New College went from being a private college to a public institution, which led to administrative changes that began to trickle down to parties. According to alum Michael Armstrong (‘74), the campus police had previously consisted of one retired police officer from New York and several students who were hired as guards. This changed when the school became a public institution.

Noise complaints were rampant in the stories told by alums then and now. Complaints would come from students sleeping or pulling all-nighters, elderly residents in the Sarasota area and even from the then newly built airport.

“One time someone who did not want to be kept up all night before an exam checked out the gear to keep it in her room in the hopes of cancelling the Wall for that Friday night,” alum Nik McCrory (‘87) wrote to Higgins. “This of course didn’t work and only led to an angry mob pounding on her door all night.” And it was amongst this chaos, that the barebones of an organized system was adopted. Palm Court Parties were soon separated into larger Walls officially dubbed PCPs and smaller Walls that took place on weekend nights. In the middle of the school week, the lowered drinking age still in effect, students would go door-to-door and collect money for beer runs. And somehow, at some point, the name Wall began to stick.

“Walls, just like anything else at New College, evolve to suit the current population of New College students,” Toro said. “People have this nostalgia for New College and what it used to be. People would talk about the way that PCPs used to be or they would talk about the relationship that the NCPD used to have with students. I don’t know why people glamorize or sort of idolize something that they never experienced. They are hearing one side, they are not hearing the side of people who maybe didn’t have such a great time during that [period].”

Past Wall sign-ups have been known to last all night. In 2014, sign-ups began at 8 a.m. but students began lining up at 9 p.m. the night prior. A representative would be responsible for staying in line for each individual group of Wall hosts at all times for the rest of the night. By having sign-ups online, this would eliminate having to show up in person for a Wall slot. “Walls have been a tradition going on for a few decades now and, since then, it’s become a lot more structured,” third-year and Chief Justice of Student Court Blaise Defranco said. “Taylor Toro and the rest of the Court already agreed that she would redo the sign-ups but also use this as an opportunity to move the sign-up to an online process based more on voting in order to give people better opportunities of securing Wall slots and just generally make the process more streamlined and accessible.”

Some, however, fear that the new online process and voting system will not allow those interested in throwing more obscure and less popular Walls the chance to do so. “There is this idea that every event has to be for everyone and I think it’s impossible,” alum Jill Robitaille (‘10), Nothing Arts Center co-founder, said. “I think that if you don’t acknowledge that, you are excluding members of the community and marginalizing people.”

Nothing Arts Center is a warehouse founded by New College alums that hosts a variety of music, art and film events under a safe space and substance free atmosphere.

“A big thing for me [about Walls] is that I was exposed to a lot of things I would not have necessarily signed up for or been interested in,” Robitaille said. “You have this idea of majority rule instead of consensus. When you are voting majority rule, you are an individual and you are saying ‘Yes. I want this.’ And the more individuals that say ‘Yes. I want this,’ the more votes you get. If we were doing a consensus, you’re not saying ‘Yes. I want this. Let’s do this.’ […] Consensus isn’t about the ideal situation, it’s about can you live with this? Because there is an understanding that not everyone can be happy.” Regardless of what precedent the new Wall sign-ups will set for the decades to come, as of right now, Walls will still remain an ongoing tradition.

“You’ve got a crew of brilliantly quirky young folks, who, no matter how cool they may be, still harbor some trace of the residue of being a social misfit,” alum Guy Jara (‘93) wrote in his email to Higgins. “You bring them together in a place that brings them more freedom than they’ve ever known, or conceived of, and set them loose. Now many good things could and would happen, just with that storyline right there. But, since freedom of mind so often follows in the footsteps of freedom of spirit, or freedom of the ass, there is more to the story.”

The Tangent article by David Higgins can be found online at ncfcatalyst.com.