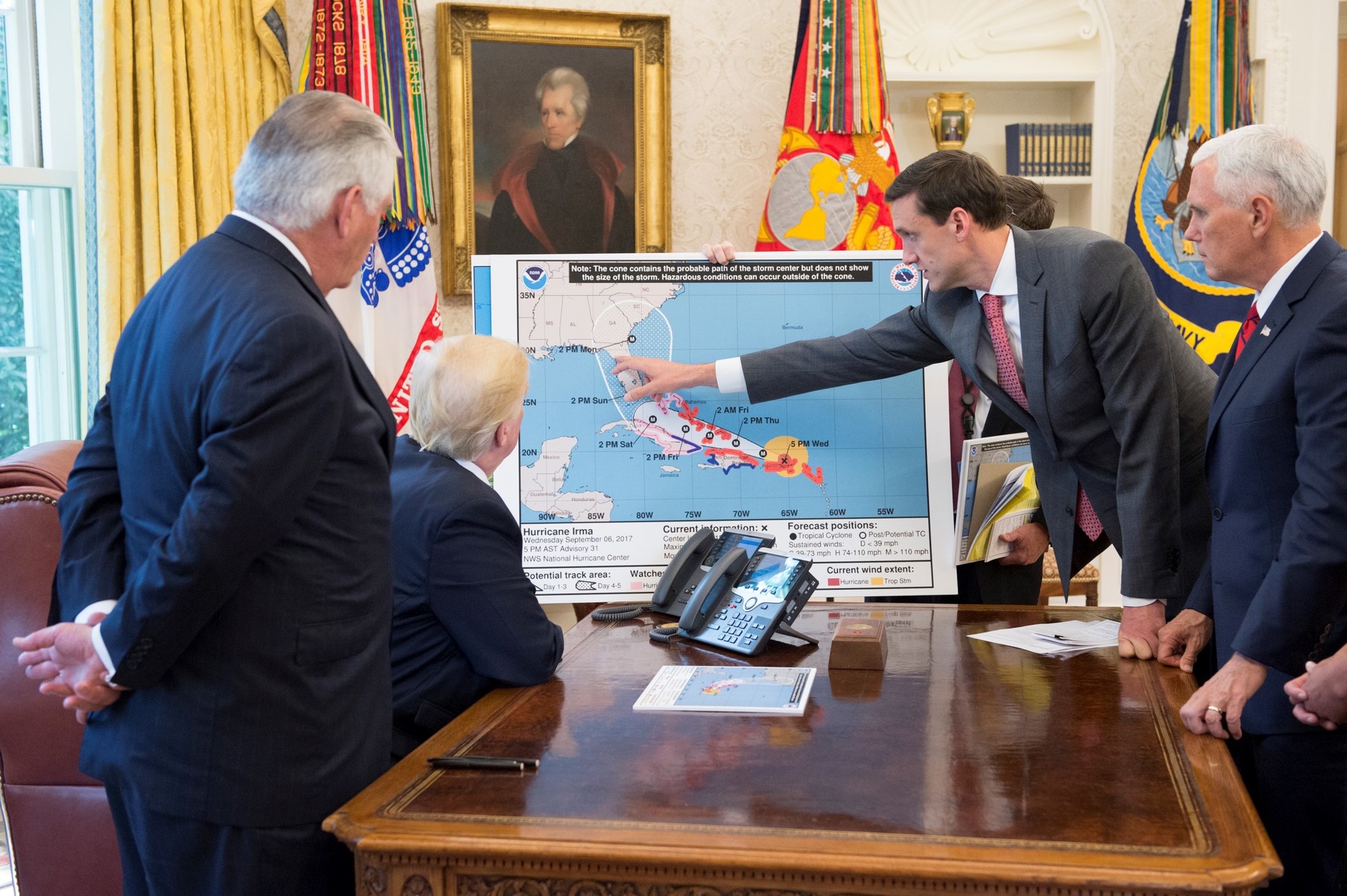 Over the course of a month, Hurricanes Harvey and Irma devastated the lives of many, and have rendered people around the world fearful of a future where these storms only continue to build in strength due to climate change.

While the United States was trying to both aid those impacted by Harvey and anticipate Irma, Mexico experienced an earthquake that registered at 8.1 on the Richter scale and killed 95 people. The intensity of these natural disasters can be linked directly to climate change, and people are worried.

“I think that the problem of climate change is already very dangerous and should have been more seriously dealt with a long time ago, and the fact that the leaders of this country, such as Donald Trump and Scott Pruitt, are still denying its existence due to the influence of powerful oil companies and increasingly obsolete businesses is exacerbating the problem,” third-year Connor Borden said. “I know that people have jobs that rely on the fossil fuel industry, and it is easy to support their ideas rather than working towards change, but we should be encouraging these people in pursuing more viable options than within this dying industry.”

As these natural disasters intensify, it is important follow what political leaders are doing in relation to climate change, as they are making the decisions that will prove to be most impactful.

The Storms and Their Impact

According to the Washington Post, the death toll for Harvey is currently at 82, with homes and buildings along the Texan coast suffering widespread destruction, and a major city will never quite be the same again for it. With Harvey, Houston received its third “500 year flood” within the past three years. The floods get their name because they have a 1-in-500 chance of occurring each year so this rate is abnormal and alarming.

Before reaching Florida, Hurricane Irma devastated the Caribbean Islands. 37 deaths were reported from the islands, where evacuation was hardly an option for many of its residents. Planning for Irma brought such disparities between options and resources to the forefront given the severity of the storm. This applies to Florida as well, as when the state saw mass evacuation orders days prior to Irma, many could not afford to leave. The Guardian reported on Liberty City, just nine miles north of Miami, stating that almost half the residents are below the federal poverty line and many could hardly prepare adequately–much less evacuate.

These storms are not only demonstrating the increasing urgency regarding climate change, but who is going to be most hurt by its effects in the years to come if it is not addressed in some way.

In the aftermath of Harvey and Irma, the nation has had its eyes on President Donald Trump. Perhaps the most attention-grabbing story was Trump’s shocking decision to reach an agreement regarding disaster relief with Democratic senators Chuck Schumer and Nancy Pelosi rather than facing a government shutdown. Congress is currently focused on the amount of funding that will be allocated to disaster relief and reparations. Prior to the storms, House Republicans were reportedly prepared to vote on a budget bill that would have taken around $876 million away from the Federal Emergency Management Agency (FEMA).

As Congress has been working to reach agreements on the budget and on the relief bill for Houston, Trump has been making the rounds in hopes of providing comfort and leadership to the storm victims–although this sentiment was underscored as he reveled at the crowd turnout in Texas, and said in Florida that the deaths caused by Irma was a small number compared to the thousands he was expecting. When asked on Thursday if the back to back storms have influenced his views on climate change, he answered, “We have had bigger storms than this.”

During his campaign, Trump was criticized for a tweet that stated that climate change was a hoax created by the Chinese to make us less financially competitive, and his decisions since assuming office reflect the fact that he does not regard it as an issue. Early in his presidency, he withdrew the United States from the Paris Agreement and appointed Scott Pruitt to head the Environmental Protection Agency (EPA). Pruitt has denied the United States’ role in accelerated climate change. Regarding the hurricanes, Pruitt called conversation about climate change during the storms “insensitive” and urged people to focus on helping those impacted, rather than the cause of these massive storms.

Florida, one of the most vulnerable areas to the effects of climate change, is currently governed by Rick Scott, who is known to have a checkered past with climate science. To be specific, the Miami Herald reported in 2015 that Rick Scott barred Florida’s Department of Environmental Protection from using the terms “climate change”, “global warming”, and “sustainability” in any official communications, emails, or reports.

In the Politico article “Florida Senator Bill Nelson: Republicans ‘denying reality’ on climate change”, it was noted that Scott’s campaigns were supported by fossil fuel interests. Members of the GOP often characterize themselves as pro-business and anti-regulation, and people will suffer for this in the long run if environmental protections are continually ignored or dismantled. As the oceans’ waters grow warmer, storms like Harvey and Irma will only be stronger. A good way to counteract climate change is to pay attention to where 2018 candidates stand on climate change, including candidates for Florida governor, and hold current representatives at all levels accountable for the damage that the American government is currently endorsing.