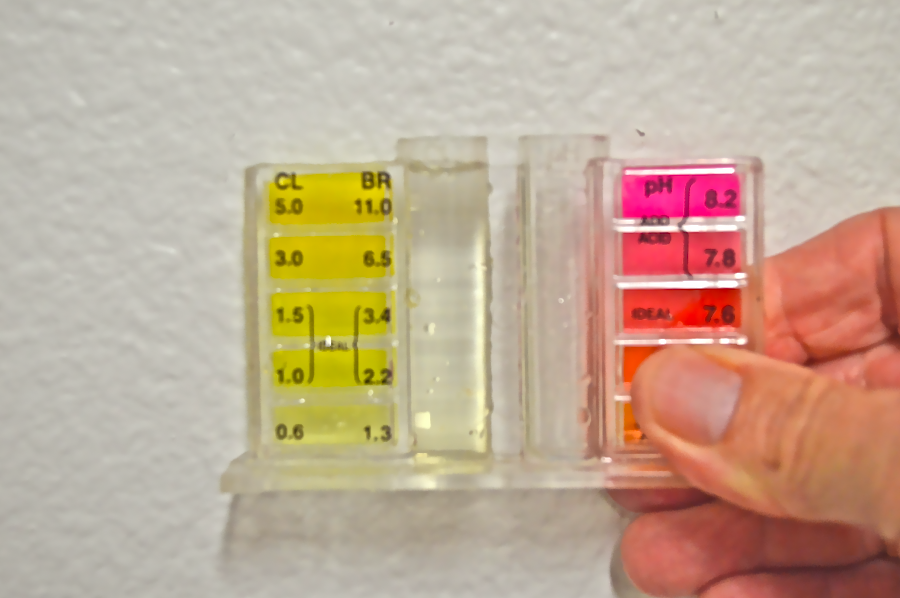 Water quality is an international issue, but as of late, water safety problems have become more prevalent in the United States. In Flint, Michigan, the water is so high in lead that it is not considered safe to drink. Here in Sarasota, similar issues have arisen, so community members and New College students are becoming more concerned with the state of their water.

“The test was done in front of me and was very transparent,” Sheinwald said.

Cooper, arsenic and lead were also found in the water. Although, most water has some of these chemicals, the actual amount allowed by law varies state to state.

“They found a ton of chlorine,” Sheinwald said. “Twice the amount of a swimming pool. […] Water purifiers like PUR and Brita do not filter out all chemicals, just chlorine. The toxins are still present.”

“Sarasota is actually in violation with lead, which is bad for children,” Sheinwald said.

Flint has been in the news for this problem and high lead levels can lead to anemia, kidney disfunction and abdominal pain. Children can experience stunted development physically and behaviorally, as well as potential loss of motor skills.

Those with compromised immune systems, such as people who have undergone organ transplants or those who have a chronic illness may also be more sensitive to water contaminants.

“Even if the levels are not in violation,” Sheinwald added. “[We’re] still drinking bad [chemicals].”

New College’s efforts to handle the water issue is being spearheaded by the Council for Green Affairs.

“We hope to get a filter in Hamilton Canter (Ham),” thesis student Orion Morton said. “We would like to talk to Metz about this and about providing more sustainable water bottles.”

There is already a filter in the Four Winds cafe that uses reverse osmosis to purify the water.

“[Students] can drink that water and it is fine,” Morton said.

Many times pipes that carry water can be responsible for leaking chemicals. This is especially true of structures that have been around for decades.

“The infrastructure [of New College] is old,” Morton said.

Morton explained that Sarasota, and a lot of the surrounding region has been affected by phosphate mining.

“Something like a 300 gallon reverse osmosis tank could accommodate [New College,]” Culligan Water Service Supervisor Tim Lang said. “This would get you water bottle quality water.”

Lang explained that the tank would actually be creating water.

“Filters, [such as Brita] are overrated,” Land said.

He explained that the store bought filters mostly filter out chlorine, but not other contaminants.

After testing the water in Dort residential hall, Lang reported that the water supplied to Dort dorms was not high in chlorine, but could be high in other elements. It would take further, more advanced testing to determine which kinds.

In September, a sinkhole developed in Central Florida at a Mosaic New Wales phosphate plant, where fertilizers are produced in Polk county. This sinkhole lead to 215 million gallons of acidic water being released into Florida’s water supply.

It has also been reported that Chromium 6 – a known carcinogen produced by industrial processes and made famous by activist Erin Brockovich and a feature film that depicted her crusades – has been found in local tap water.

“Whether it is chromium-6, PFOA or lead, the public is looking down the barrel of a serious water crisis across the country that has been building for decades,” Brockovich said in a written statement she released.

Communities affected are calling for action in terms of ensuring their water is clean, but they are also insisting that those responsible, the companies and the government, pay for the expenses that arise from the contaminated water, such as medical care and therapy.

For now, some ways students and community members can combat poor water quality are:

(These foods have been shown to help reduce radiation poisoning)

Using a water purifier to eliminate at least some toxins