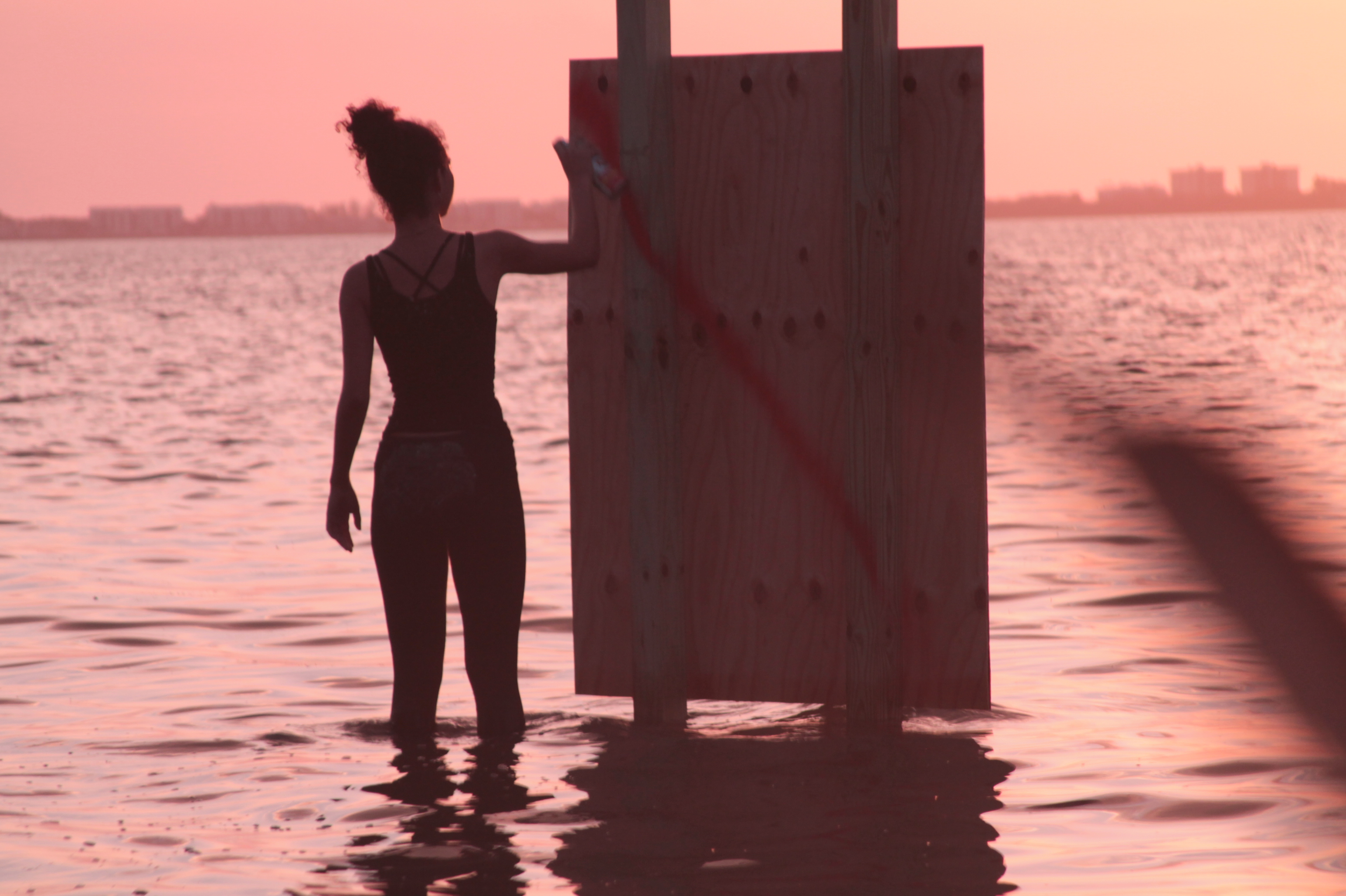 Not all thesis’ are alike and rarely any are site-specific. For Rachel Ceciro a literature and anthropology thesis student, site and environment are more than important to her work this thesis year. Specifically, she has reimagined the body of water that we all know to be the bayside of campus, old caples. “Even though I knew it was going to be site specific, it was surprising to encounter the agency of the natural environment.” Ceciro said. Recently she has worked with three actors— Jada Bennett, Sofia Jimenez, Eugenia Titterington—to put on an Eco-Theatre piece titled, Wake Living With/in Disaster which was put on in late February.

Eco–theater is used to describe site-specific or open-space performance attached to the land. In this case Ceciro moves the audience to recognize “theater as environment” with reference to bodies in the environment vs. a created and curated space.

“My thesis was always going to be an ecologically minded performance, de-centering the human, vs. typical theatre centering only on the human,” Ceciro said in an interview with the Tangent. “So Hurricane Irma happened, and Hurricane Maria happened which was 10x of Irma. Hurricanes have personally affected me, my family is still affected…we didn’t have the money to fix the roof and we still have buckets to catch water during the rain.  This performance focuses on hurricanes and cultural memory…how to engage communities in resilience against climate change.” Ceciro’s work intertwines three separate narratives, including her own, detailing the experiences of displacement during Hurricanes in specific for marginalized folks and communities. Look forward to her BACC  this upcoming April, her work doesn’t end with this piece she hopes to expand upon these ideas as she enters into graduate school.