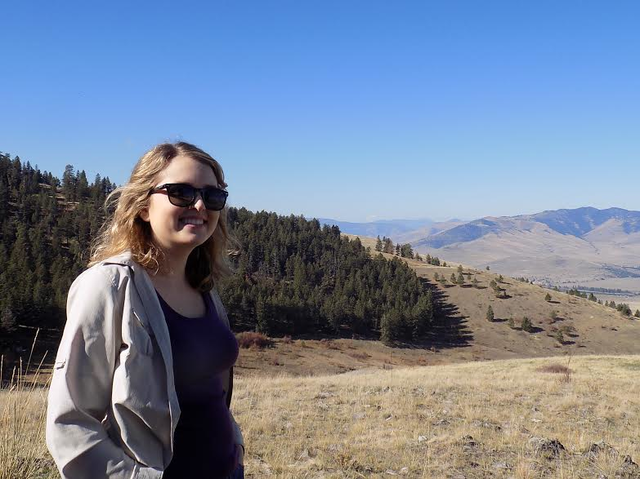 Study abroad is expensive. Like, way expensive. Fortunately, New College participates in the National Student Exchange (NSE), a nonprofit consortium of almost 200 schools. These schools exchange students through special programs that cut the cost of of study abroad and help fill in gaps where a home institution lacks.

Through NSE, New College students can study in a variety of locations, including the Netherlands, Spain, California, Oregon, Colorado, New Mexico, New York and Montana. The school also welcomes students from outside institutions every semester. Since its inception in 1968 NSE has exchanged more than 113,000 students – with 2,266 in the 2014-2015 school year alone.

Study Abroad Coordinator Florence Zamsky is the NSE mastermind on campus. She works with students from the very beginning of the study abroad process.

New College is under NSE’s “Plan B,” which means students pay their tuition at NCF, and their housing costs at the host institution. Paying tuition at New College rather than at an out-of-state school allows students to keep scholarships such as Bright Futures.

Participating in NSE is a generally painless process. The key is to start early. By starting early and working with faculty advisors, students can craft their curriculum to leave space for NSE while still finishing up area of concentration (AOC) requirements. Set up an appointment with Zamsky to discuss academic and personal interests relating to study abroad. Although some schools are on a wacky quarter system that is harder to deal with, most match New College’s semester system, so credits can transfer easily.

The most time consuming process is the research, but defining a primary requirement for host institutions, whether it be location or academic program, helps streamline the journey.

“I just basically ranked them by their biology – how much biology research they’re doing,” alum Neal Lacey (‘12) said. Lacey studied at the University of Minnesota-Twin Cities.

Different schools offer different placement availabilities. Essentially, a school defines what ratio of students it admits: some send out as many as they take in while some are open, with a few more options in between. Once a list of schools ranked from most desirable to least desirable (basically back-ups) is developed, the straightforward application process begins.

The deadline for students wanting to study in the fall, spring or for a full academic year is in mid-February. Students don’t have to fret if they miss the initial NSE deadline, however. While the pool of available schools may shrink after the conference, Zamsky can and frequently does work with students post-deadline to find schools, up until pretty close before the exchange dates.

While most institutions involved with NSE are within the U.S., there are ways to travel internationally through the program. Students at New College can put University of Wisconsin-Green Bay at the top of their ranked list. From there, they can exchange to places such as Spain, the Netherlands, France, Japan, Denmark and Germany – all while still technically staying under the NSE umbrella.

“Because University of Wisconsin-Green Bay allows students on Plan B to participate in some of their exchange programs, they are not required to first go to Wisconsin-they can go straight [abroad],” Zamsky said. “That’s really neat because those for whom the programs in Spain or the Netherlands work, they can pay tuition and fees to New College, some fees to Green Bay, and get to some locations abroad.” Students apply with the normal NSE application – Zamsky simply makes a note in the system.

Previously a best kept secret, the word about the Green Bay hack is getting out there. Last year, four New College students decided to take this path, counting those who applied before and after the deadline. This year, with the deadline having just passed on Feb. 15, a whopping seven students applied for the Green Bay international exchange – the highest Zamsky has had – with others expressing interest. Because Green Bay is an open institution, students can wait to apply for the NSE-slash-international exchange program in the fall if they’re interested in going away in the spring.

Zamsky said that NSE applicants on campus have noticeably increased. New College became a NSE participant in 2000. Last year’s deadline saw 10 students apply – this year’s deadline saw 18 students apply. Because there is still a possibility to apply after the deadline, last year’s numbers did, and this year’s number will, increase by the exchange date.

Why leave the bubble?

Second-year Mason Smith was one of the 18 applicants who applied to study through NSE next year. The Religion AOC will attend Bishop’s University in Sherbrooke, Quebec during spring 2017.

“I don’t really have the funds to go to Europe or anything, so what’s the next best thing? A province that its main language isn’t English – it’s French – so that’s a study abroad-type vibe, while, at the same time, being just a couple miles from the Vermont border,” Smith said. “I wanted a different cultural experience.”

Smith was drawn to Bishop’s Islamic studies program. “I like barely dipped my toe in the water with religious studies [at New College],” Smith explained. “There really isn’t any like religious classes that have to do with Islam here, and I wanted to learn more about it, and they have that at Bishop’s.”

At the University of Minnesota, Lacey was able to study with professors who are the top in their fields. Lacey also took advantage of the university’s soccer club. “I was trying to see what it would be like to go a big school with like grad schools,” Lacey said.

Third-year environmental science AOC Danielle Husband decided to stay at her host institution, the University of Montana, for a full academic year.

“This experience has been the best gift I could have given to myself,” Husband said. “I’m taking classes with grades, which is crazy coming from the New College contract system,” “I wanted a change of scenery away from New College. I’m a Florida native and as much as I do love and appreciate the state, I was ready to experience a different part of the country. At first I thought I would have to study abroad to get that experience. Little did I know that I could be involved in NSE for a fraction of the cost!”

Husband added that a big motivation for NSE was that she was running out of classes to take for her AOC. She needed courses in geology and geography that she couldn’t get at New College.

Zamsky said that students are usually very happy with their experience coming back and are very excited about what they did at their host institution.

“It was definitely refreshing because I got back and felt really excited and rejuvenated to be at New College while also being slowly tortured by the thesis,” Lacey said.

Then there are those who want to venture inside the bubble. Third-year Brandt Coleman traveled to Sarasota from Kentucky. Back at the University of Louisville, Coleman studies environmental analysis and conservation with minors in anthropology and geoscience and a concentration in marine science.

“The whole reason I came to New College through NSE is because you can’t really study any sort of marine biology in Kentucky,” Coleman said. “You can study aquatic ecology, but that involves river diving, and the Ohio river isn’t exactly the nicest place to work.”

Coleman is enjoying his stay at New College so far. “It’s very, very different from Louisville. Louisville student population is 15 to 30 thousand; it’s very different going to a place that’s like 800,” Coleman said. “This is very small. It’s interesting to get to know everyone so quickly.”

Rose St. Pierre, a political science and communications major at the University of Quebec at Montreal, came to New College through NSE last fall. “I met friends that changed my life, switched my perspective on multiple issues, made me feel like I’m learning, that I’m growing,” St. Pierre said about her New College experience. “New College quickly felt like home.”