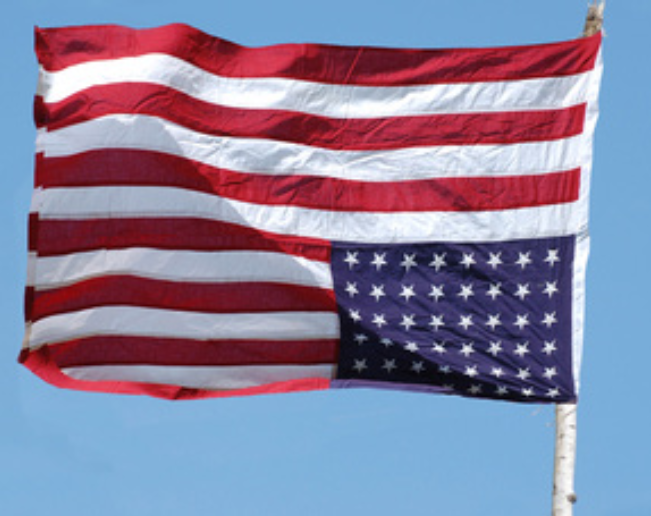 In the wake of the historically divisive 2016 presidential election this November, many left-leaning people have begun displaying american flags upside-down in a symbolic distress signal. President-elect Donald J. Trump has made antagonistic statements towards almost every minority that isn’t cisgender white men, and racist incidents, hate crimes, and hate speech have run rampant in the aftermath of his surprising election.

Civil rights groups across the country have voiced concerns about a Trump presidency, and people of colour across the New College campus have expressed fear and distress at the explicit racist messages in the Trump campaign, and harmful rhetoric that his supporters subscribe to. A recent national wave of upside-down flags has prompted students on campus to

“Our flag was right side up, and then Trump was voted president and we flipped it.” Lily Gonzales, a thesis student, says of the flag in their room. “I am Latinx, very queer, I am very much in danger, and I will not stand for this.”

That display of distress became a public matter last week when the New College american flag was turned upside down repeatedly. Several students expressed disapproval of the action on the student forum, then the florida state flag went missing from the overpass flagpole and Dean of Student Affairs Robin Williamson got involved. At the Towne meeting on monday Nov. 14, Williamson took the stage and requested someone come forward and return the flag. As of friday morning Dean Williamson had yet to receive the flag, but could not be reached for comment.

On Nov. 17, Williamson sent an email to the students list, asking again for the return of the flag.

“The flag has yet to appear in my office,” Williamson said. “I’m making another request. Please return the flag – I promise you no questions asked and no trouble for anyone who returns it.”

Whether or not the theft of the Florida flag and the flipping of the American flag are or aren’t related, if you have the missing flag in your possession please return it to HCL 1 immediately.

“I think the flipping of the flag is a legitimate protest,” Pritchard continued. “A lot of people are in distress right now. If Trump is the kind of president he promises to be it’s going to be a lot harder for me to be a functioning human, with like, rights.” Pritchard speaks as trans mixed-race person, and further elaborated.

“I have a lot of friends also who are mad about the protesting, and might want us to get over it – but it’s really hard to get over something like this,” Pritchard said. “It’s not the fact that trump became president, it’s what the Trump presidency represents – he was voted for not despite his ignorant bigoted rhetoric, but because of it, and that’s what really scares me and scares a lot of people.”

Gonzales took some time to address the argument of some people, who hold that flipping the flag is a show of disrespect.

“Everyone says it’s a disrespect thing but it’s actually a code-basically an SOS.” Gonzales said, referring to the rather long history of the upside-down american flag as a signal of dire distress. “I think that when people say that the flag should only be upside down in a time of severe danger, and then they say this isn’t that time they’re speaking from a place of privilege,” Pritchard said.