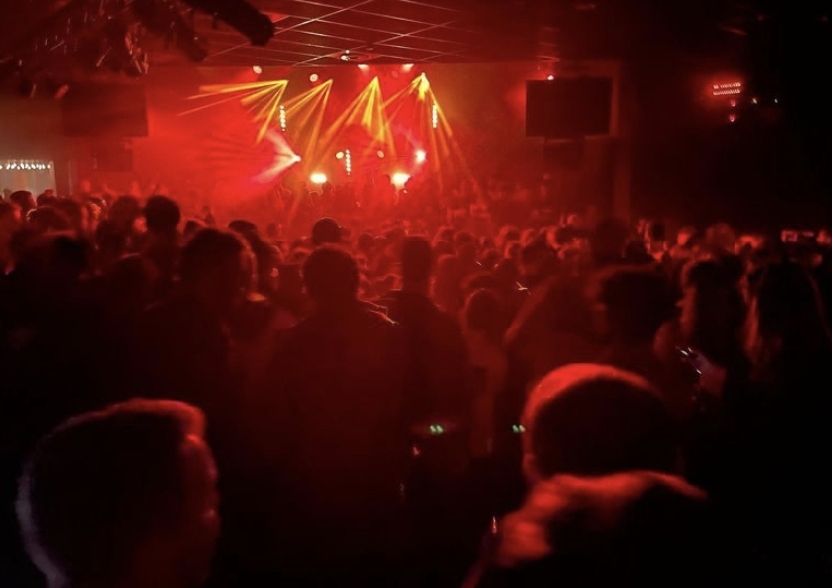 When I chose to go to New College, I liked that it was small. I had been warned of the grand legacies of wild New College. Study hard. Party harder. That’s the New College way, so I had been told. This excited me, but between being chronically sleepy and a crippling introvert, I definitely didn’t go out of my way to find these opportunities. 10:30 p.m. is my preferred bedtime.

For better or for worse, my early adult social life has been entirely defined by my time at New College. This has come with both what I believe to be a form of social stagnation as well as meeting some of the best friends I could have ever imagined. At 22 years old, my only partying experience was from Dort and Gold dorm rooms, Walls consisting of approximately twenty people on a good night and the 2020 Bacchanalia Center of the Universe Party (COUP). Turning 21 in a pandemic put a kink in going out as well, not that Sarasota has much of a nightlife to offer.

So, when I found myself in Paris the first weekend of November and was presented with an invitation to an underground techno disco, seeming like a once in a lifetime opportunity for a girl from North Florida, I quickly accepted. Even writing about it now, I feel as if I’m composing a piece of corny young adult Bildungsroman-esque fiction rather than relaying an autobiographic series of events.

Though excited, I had my hesitations. When I accepted the invitation to the event, I didn’t realize how popular the electronic music artists being featured were. Then when I received an email detailing the upgraded change in venue to accommodate the larger than anticipated turnout, I began to softly worry. When I told my mom I’d be going to a rave in Paris she responded with surprise and question. “No offense, but you’re kind of sheltered,” she commented. None taken. I am. Memories Lounge was the most familiar idea of night life to me.

I had never been to a club before, nonetheless a sold out venue at the capacity of 700, whose inhabitants speak a language I vaguely understand thanks to a few semesters of college French, which proved immensely helpful. My gratitude to those courses.

Hosted at Le Trabendo, a music venue settled in the 19th arrondissement of Paris, Automatic featured Berlin-based DJs Lamache and Margaret Dygas. The night was set to last from midnight to 6 a.m.. Armed with two French fluent friends, we arrived fashionably late. In order to control the spread of COVID-19, entry into French establishments necessitates a specific vaccine passport issued by the French government, known as the Pass Sanitaire. All guests were permitted to the venue after their passes were scanned by security. As we approached, the throbs of heavy bass flooded through the doorways followed by a thick machine produced fog and strobing lights. We waited in line to check our coats and then made our way through the crowd to the front of the dance floor.

A rickety barricade separated the crowd from turntables plugged into mixers, operated by their respective DJs. I had always wondered how people dance to electronic music. Not accustomed to it, the concept always seemed foreign to me. But as soon as we reached the floor, it felt only natural. I remembered the advice a friend had given me regarding my discomforts at New College from years past. The unconventional freedom of liberal arts college had come with an adjustment period for me. “Just lean into it.” A woman next to me grabbed my hand and began to dance with me. “Where do you come from?” she shouted with a heavy accent. “Florida!” I shouted back. She looked confused and stared at me for a moment, blankly. I tried again. “FLORIIIIIDE.” The French name registered with her. She lit up and we danced more.

Another couple asked where we were from and responded excitedly when we told them. Florida must have a positive reputation from 5,000 miles away. Other women approached me that night, asking if I was okay, if I needed water or to be taken care of. I was fine, and managed to assure them despite our language barriers. “ÇA VA! MERCI!”

Apparently as I was dancing, my eyes were closing, signaling a need for sleep I hadn’t even realized. I thought we had danced for maybe a couple of hours, but when we left the building, it was 5:40 in the morning. Leaning into it, it turned out my experience at New College had prepared me for the night after all.