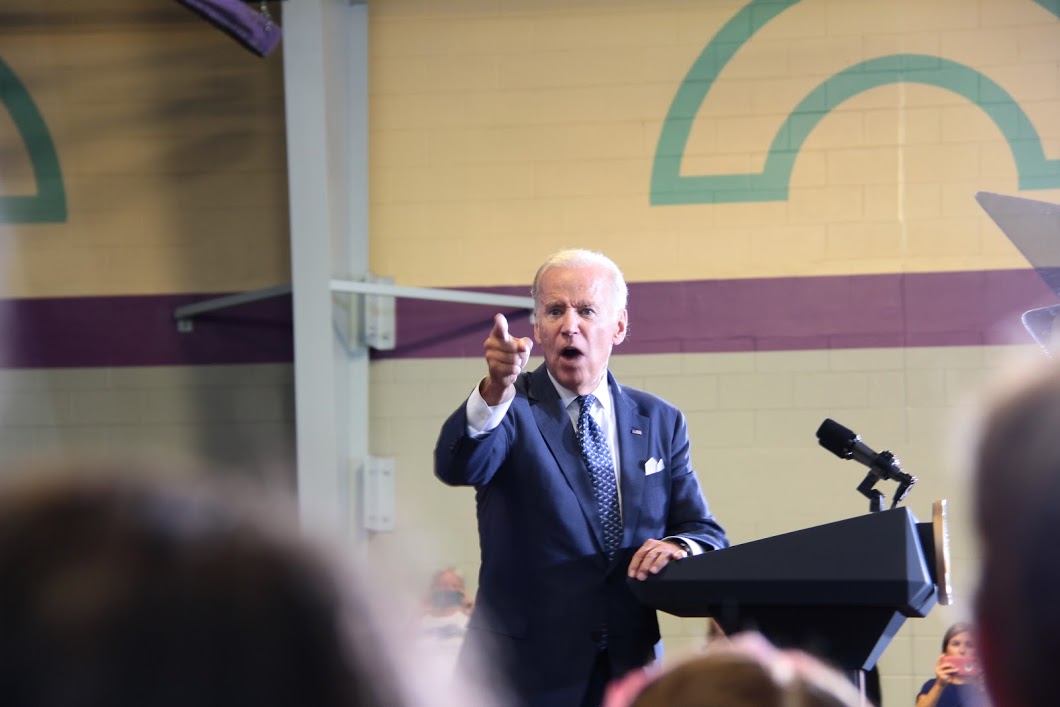 In Sarasota, Vice President Joe Biden both charmed and inspired his audience with an impassioned speech. He was praised by opening speakers for his hard work, humble beginnings and honesty above all.

“No one ever doubts I say what I mean but sometimes I say all that I mean,” Biden laughed. “I ain’t changing now.”

A crowd of over 600 joined Biden at the Robert L. Taylor Community Complex in Sarasota on Oct. 3, as the vice president campaigned on behalf of Hillary Clinton, in his second stop in Florida.

He went on to describe Trump’s affinity for Vladimir Putin, lack of knowledge about geography and poor reputation abroad.

“I got picked in part because I allegedly know something about foreign policy,” Biden said. “I know every major world leader for the last 37 years, I’ve known them personally. I have never in my career seen as many foreign leaders with such anxiety about the possibility Donald Trump could be elected president.”

Biden became particularly passionate when discussing Trump’s recent comments about post-traumatic stress disorder (PTSD) in veterans, where he said that those with PTSD “can’t handle” what they saw in combat. At times he yelled and pounded the podium in front of him as he stressed the immense physical and mental toll on veterans returning from service.

“Every one of those warriors left behind an entire family, a community, for us,” Biden said. Soldiers are coming home from combat with “unseen wounds.” He called caring for soldiers and veterans a “sacred obligation,” and denigrated Trump for saying veterans are not strong.

“He is just so thoroughly, completely uninformed,” Biden said.

In his 30-minute speech, Biden repeatedly asked the gym full of supporters to “Think about it!” He asked them to think about the gross misinformation and fear-mongering rampant in the Trump campaign.

“The words he utters are truly beneath the office of the Presidency,” Biden said.

Essential to preventing a Trump presidency, Biden says, is getting everyone out to vote. Citizens were encouraged by all to go out and vote. A swing state, Florida has been an essential player in presidential elections at least as far back as the 2000 Gore-Bush election.

“Florida is the key,” Biden said. “That’s not hyperbole. We win Florida, Hillary wins Florida, there is absolutely zero path for this man to win.”

Biden urged voters to make sure they are registered. The last day to register to vote in the general election is Oct. 11.